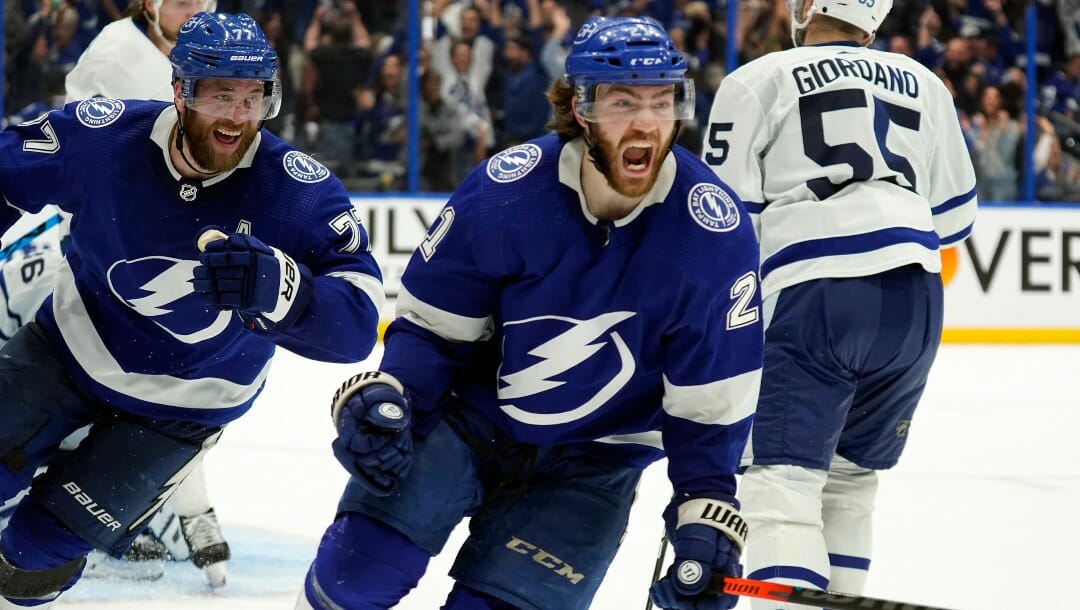 Tampa Bay rebounded yet again, prevailing on home ice in overtime of Game 6 to extend the series to an all-anticipated decisive Game 7.

According to NHL playoff odds, the Maple Leafs began the series as -120 favorites while the Lightning were pegged as marginal +100 underdogs. The all-or-nothing Game 7 is packed with intrigue and Maple Leafs fans are praying history isn’t about to rear its ugly head yet again.

Here are the NHL betting lines for this highly-anticipated Game 7:

Now 0-9 in series-clinching games since 2018, the Maple Leafs, if they’re going to finally extinguish the Lightning and their playoff demons in one fell swoop, have an expansive plot of quicksand to labor through in Game 7.

It’s not like the Maple Leafs didn’t play well enough to win Game 6.

Actually, quite the contrary. Sheldon Keefe’s team rebuffed Tampa’s initial surge and, for the most part, executed a physically charged, disciplined brand of hockey. But a costly first-period mistake and ill-timed penalties led to Toronto’s eventual demise.

Tampa Bay had three power-play opportunities in Game 6. Game 3 was the only other encounter in which the Lightning had just three man advantages.

It wasn’t the quantity but the timing of the infractions that cost the visitors.

Taking two penalties in short succession provided the defending Cup champs a lifeline in the form of a two-man advantage, which they took full advantage of to level the contest in the third period.

Tampa’s overtime winner secured a Game 7 in Toronto on Saturday, where the pressure on the home team is palpable as it is burdensome.

The Maple Leafs knew the task of extinguishing the back-to-back Cup winners would take absolutely everything. As their regular-season series indicated, the disparity between these two teams is almost negligible. That equality has extended through the entire first-round series.

It’s fitting this best-of-seven series between Atlantic Division foes will come down to a winner-takes-all contest.

There was also almost nothing to choose between Toronto and Tampa’s analytics in the Lightning’s Game 6 triumph.

But the Maple Leafs’ netminder, who has also rebounded extremely well after each defeat, is by no means being outclassed by his opposing number.

The result of Game 7 will depend on how the Maple Leafs deal with the mounting pressure. If they come out nervy, hesitant, and holding their sticks too tightly, history will most definitely repeat itself.

But if the Leafs play to their ability in a confident, free-flowing manner, they will end Tampa’s quest for a third successive Stanley Cup while concurrently exterminating their recurring nightmare of first-round defeats.

Look for the latter to occur. This Maple Leafs team has experienced repeated heartbreak in recent years and have learned from it.

Ousting the Stanley Cup champs is the best way to show how far they’ve come as a collective and, unlike years past, the Maple Leafs will not let this opportunity slip away. The very future of their talented roster depends on it.

The Maple Leafs should advance and win by two goals in an electrifying, high-scoring Game 7.