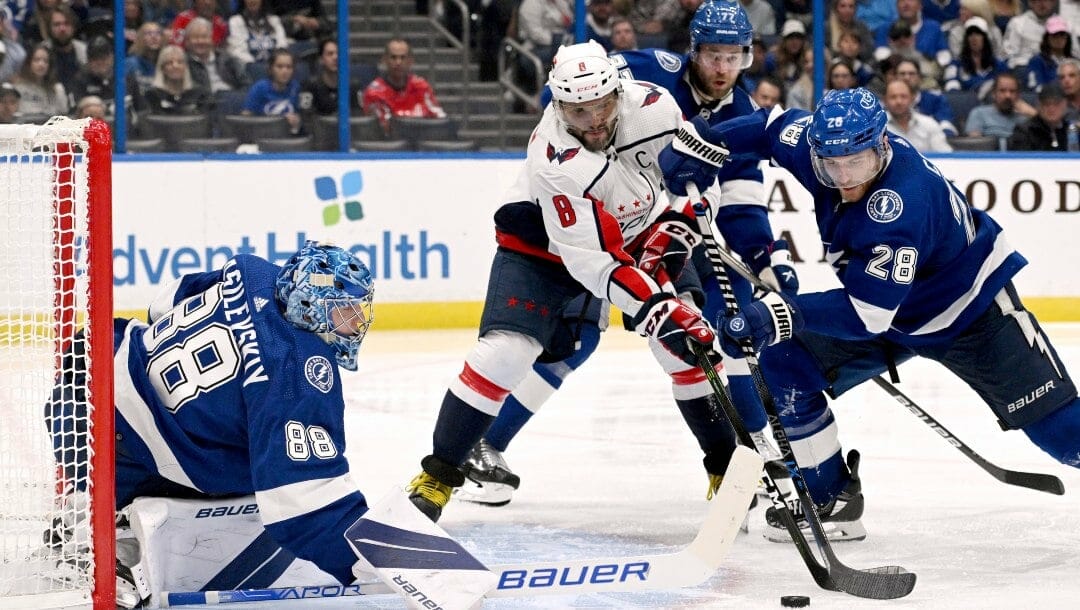 The 2022-23 NHL season is now well underway and conversations around Stanley Cup odds are ramping up, but which teams are writing big checks this year to maximize their chances?

Unlike Major League Baseball’s payroll system, which allows teams to essentially add as much as they’d like to their payroll and pay a luxury tax over a certain threshold, the NHL has a fixed salary cap that teams cannot go over. The maximum cap for a team in the 2022-23 season is $82.5 million, and the minimum is $61 million. This keeps teams in larger markets from spending extravagant amounts of money to extend their advantage over smaller-market clubs.

How Does the NHL Salary Cap Work?

A team’s salary cap hit is found by adding up the AAV (annual average value) of each player on their roster. This is calculated by adding up each player’s total salary and signing bonuses on their contract, then dividing that number by the number of years the contract spans.

For example, the Chicago Blackhawks signed Jonathan Toews to an eight-year, $40 million contract with a $44 million signing bonus on July 9, 2014. The total contract value is $84 million over eight years, meaning that Toews’ AAV is $10.5 million. That value goes toward the Blackhawks’ salary cap, even though Toews will actually be paid out a different amount each year, as defined in his contract.

Jonathan Toews nets the @Energizer overtime winner and the @NHLBlackhawks pick up the W! pic.twitter.com/XcJYX8fpmW

If you’re a bit confused by all this, don’t worry — it gets worse.

Teams must be salary cap compliant to start the NHL season, but like with all sports, there are likely to be trades, injuries, recalls, and more player movement throughout the season. For that reason, a team’s salary cap is determined on a day-to-day basis depending on which players are on the roster.

Because the cap is calculated by averaging each player’s contract value, the $82.5 million value is not the payroll amount that teams actually pay out each season. Players are paid different amounts each year as defined under their contract.

So with all that considered, which teams are actually paying players the most during the 2022-23 NHL season?

The Lightning have the highest cash payroll this season, just as they did last year when they paid a slightly more frugal $107,833,155. The team was also the second-highest check-writer in 2020-21, with their $100,359,590 payroll only bested by the Toronto Maple Leafs.

Let’s hope they keep climbing the rankings to make the investment pay off.

Kuch one-timer for the TL 🤲 pic.twitter.com/pz20xLtAXd

With a record of 6-9-1 this season adding up to just 13 points as of Nov. 21, the Coyotes could be seen as a stellar example of the correlation between low payrolls and limited success — but that’s sort of the plan.

I’m a staunch believer that it takes a lot more than a high payroll for a team to come together and climb the rankings, but there’s shrewd money management, and then there’s just not investing in your team’s success.

It’s up for debate where the rebuilding Coyotes fall on that scale, but considering GM Bill Armstrong has made it clear he’s interested in the long run, I’d put my money behind him deliberately tanking for draft picks.

It’s a bold strategy, Cotton. Let’s see if it pays off for ’em.