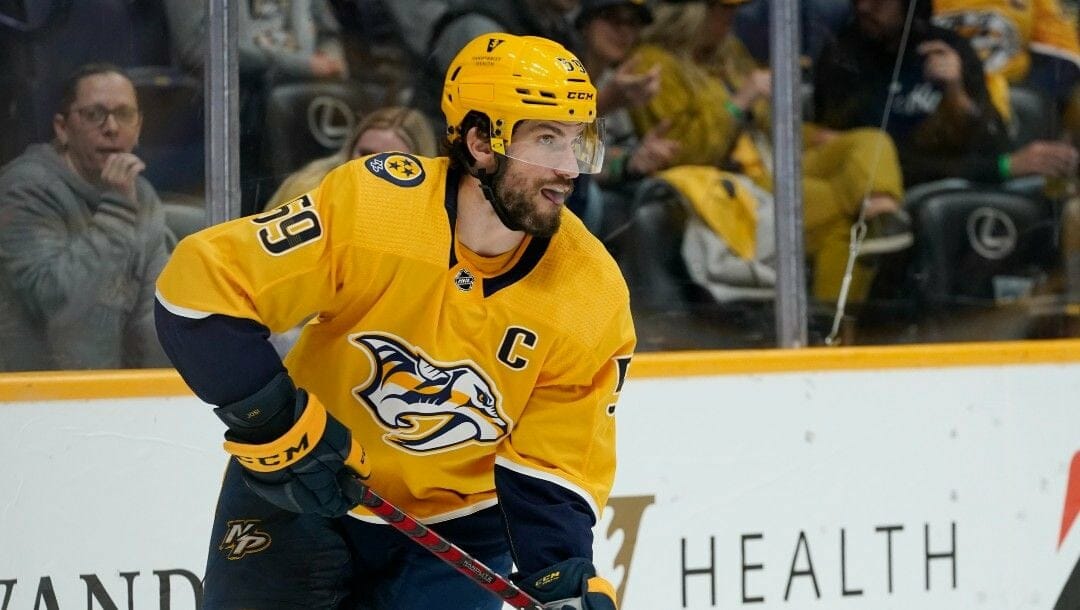 We are in the stretch drive for the NHL season, as teams are skating towards the playoffs, accumulating valuable points as races in the standings and Stanley Cup odds tighten up.

The same is true for the regular-season awards, as players continue their quest for individual trophies.

It’s down to a two-horse race in NHL betting for the Norris Memorial trophy and whoever has the best end to the season could win the award for best defenseman.

A slow start to the season sent Colorado Avalanche rearguard Cale Makar down the futures board, but his odds never went lower than +550. Since then, all Makar has done is impress, and he remains the odds-on favorite to win the award for the best defenseman.

Analytically, Makar rates as one of the best.

Among defensemen who have played at least 500 minutes, the third-year player has the second-best Corsi rating across all strengths, with the most on-ice scoring chances and second-most high-danger opportunities. Those are just some of the metrics that weigh into his 61.5% expected goals-for rating.

Makar has translated those metrics to on-ice success, leading NHL blueliners in on-ice goals-for and ranking second in scoring with 77 points through 68 games.

A competitor is nipping at Makar’s heels, but this is his award to lose with 10 games to go.

Cale Makar gives the @Avalanche an OT W vs the Jets pic.twitter.com/WwTSP5EEzb

Nashville Predators defenseman Roman Josi has been an unstoppable force. Not only has he seen his odds improve in the Norris Trophy futures market, but the Swiss-born defenseman has also included himself in the Hart Trophy conversation.

Josi is on an otherworldly pace right now, recording 34 points over his past 18 games. That stretch has helped Josi set a career-high in points and given him a 10-point cushion in overall scoring among rearguards. If he extrapolates his recent run over the end of the season, Josi could finish the season with 108 points.

Josi is the only player who has a realistic chance of catching Makar in the Norris market. If he maintains this pace, we could have a new betting favorite at the end of the season.

The only other player who has a sliver of hope of catching Makar and Josi is Victor Hedman. The hulking rearguard remains a steadying force on the Tampa Bay Lightning’s blueline, but he would need to go on a historic run to catch the two skaters ahead of him.

Hedman’s metrics suggest he’s been a better all-around player, leading NHL defensemen in high-danger chances and ranking third in scoring opportunities. Still, he has fewer points than both of them, tallying 67 through 71 games, leaving him ten short of Makar and 20 fewer than Josi.

With 10 games remaining, Hedman likely doesn’t have the runway to catch the leaders of the pack.

Moreover, his expected goals-for rating across all strengths is hurt by the amount of time Hedman spends on the penalty kill. Defensive metrics carry less weight than offensive metrics in Norris Trophy voting, putting Hedman at a disadvantage compared to the frontrunners this season.

Recency bias is the only thing that could help Hedman. If he somehow manages to catch Makar in scoring, he could see his odds improve. The most likely scenario is that the Swedish defender will have to take solace in being included as a finalist for the sixth straight season.