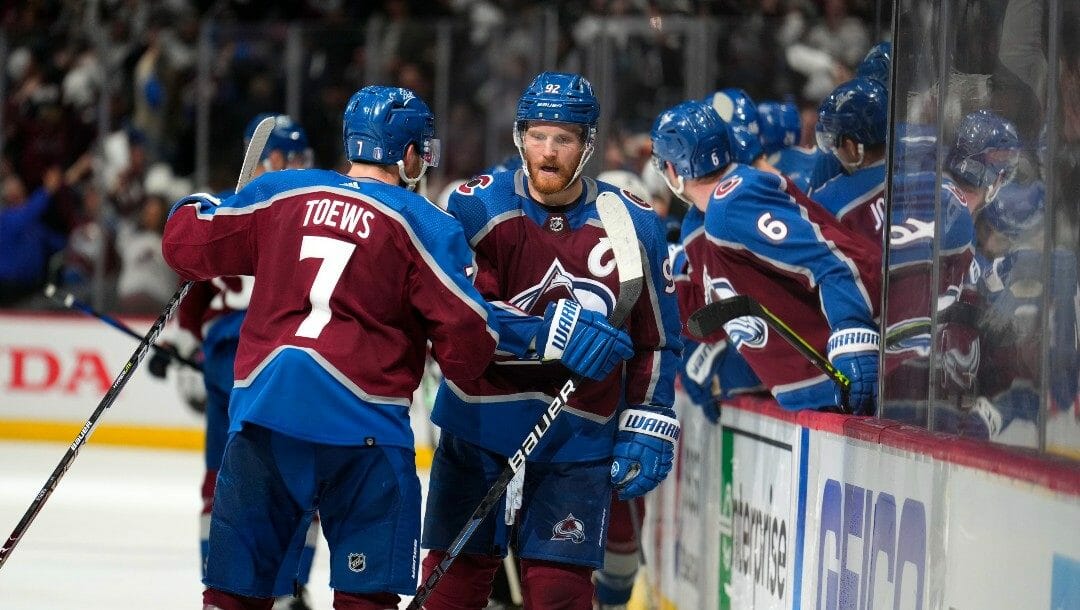 The absolutely bonkers Game 1 between the Edmonton Oilers and Colorado Avalanche featured 14 goals, so what’s in store for Game 2 of the Western Conference Final?

The Avs’ NHL betting lines to advance to the Stanley Cup Final shortened significantly after their Game 1 win, going from -250 prior to puck drop to -435. The Oilers, after starting the series at +200, now find themselves as daunting +325 underdogs.

Less than four minutes into the second period of Game 1, the Avs stretched their lead to 7-3. If you’ve been intently following proceedings during the postseason, particularly in the Western Conference, you would have known that lead, or any lead for that matter, is never truly safe.

In typical fashion, the Oilers clawed their way back into the game and gave the home team a death-defying scare in the third period.

Edmonton was unlucky not to level the contest and will take confidence going into Game 2 knowing the Avs wobbled and would have tipped over had it not been for a few key Pavel Francouz saves in the dying minutes.

The Oilers scored three unanswered goals to pull within one before Gabriel Landeskog found the empty net with just 22 seconds remaining.

Even though the Avs won the game, the Oilers, unconventionally and altogether paradoxically, will enter Game 2 with the momentum and decisive impetus to carry on where they left off.

What’s more concerning for Colorado is the status of No. 1 netminder Darcy Kuemper, who left the game with an undisclosed upper-body injury. The Avs’ coaching staff, in archetypal playoff fashion, is being tight-lipped about any updates.

So at this point, nobody, unless you have Jared Bednar’s office phone tapped, knows whether Kuemper will start Game 2.

Backup Francouz, who also replaced Kuemper in the first round after he suffered an eye injury against Nashville in Game 3, allowed three goals on 16 shots in relief.

While Kuemper is by no means the reason Colorado has made it this far, he is their No. 1 goaltender and, while often underworked, usually comes up with the timely saves his team needs.

Any extended absence could have a palpable effect on the outcome of this series, as Edmonton’s high-octane offense has little trouble scoring on first-choice goaltenders, let alone backups.

Analytically speaking, the teams were pretty evenly matched. The Avs had a five-on-five expected goals total of 4.83, just .46 more than Edmonton’s.

The Avs and Oilers were 1-for-2 with the man advantage and both teams required their backup goaltenders, albeit for entirely different reasons.

Mike Smith was pulled for the second Game 1 running after being shelled on the road. Of the four goaltenders, Smith’s stats were inarguably the worst. He had an expected goals against of 2.5 yet allowed six. He conceded six goals on 25 shots for a basement-low .760 save percentage.

Smith, if we’ve learned anything about him during the postseason, puts poor performances behind him as well as anyone.

He rebounds with something to prove each time he endures mediocre or inadequate outings. The experienced 40-year-old should have another strong bounce-back performance in Game 2.

With the Avs’ goaltending situation up in the air and the menacing way in which the Oilers closed out Game 1, expect Jay Woodcroft’s team to prevail in Game 2, escaping Colorado with a sought-after split.