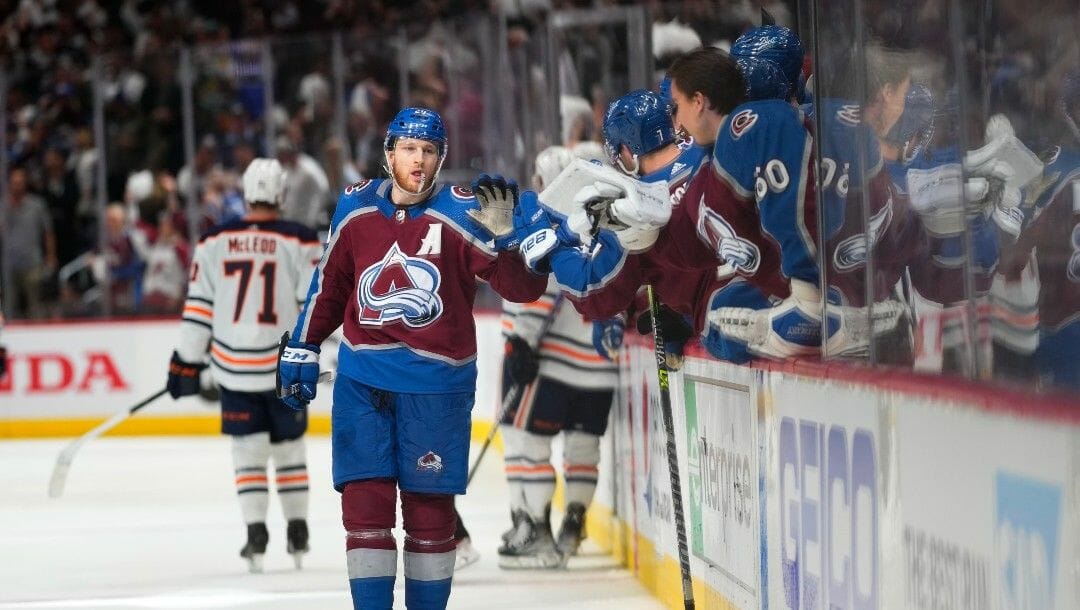 A three-goal outburst in just over two minutes spurred the Colorado Avalanche on to a resounding 4-0 Game 2 win, providing the Stanley Cup favorites with a two-game advantage as the series flips to Edmonton.

As expected, the NHL betting lines moved seismically in the Avs’ direction, who are now colossal -909 favorites to progress. The Oilers are not dead and buried yet, but are facing the rather grim prospect of needing to win four of the next five games. NHL playoff odds have them as massive +600 long shots.

Darcy Kuemper was unable to start in goal for the Avs, who relied on Pavel Francouz to seize the opportunity. Not only was Francouz up to the task, but he also accomplished the win in style, saving all 24 shots to register the shutout.

While the 32-year-old has only started two games this postseason, he has a 4-0 record thanks to securing two victories after replacing the injured Kuemper. It was the second time the Oilers have been shut out this postseason, the other, against the Kings in the first round, was also by a 4-0 scoreline.

The precedent has been set for the Avs, who are not at all affected when Francouz gets the nod in goal. In fact, the Avs step up their collective game when their second-choice goaltender is between the pipes.

Colorado bombarded Mike Smith’s goal with shots from everywhere. They finished the contest with 40 shots, the second time in as many games Jared Bednar’s team registered 40+ shots on the Oilers.

Both teams, as expected, tightened things up defensively, particularly in the scoreless open frame. Jay Woodcroft would have been ecstatic with the way his team limited the Avs’ explosive attack in the first 20 minutes.

Colorado’s offense, unfortunately for the Oilers, is equal parts irrepressible and explosive. If you had to get your dinner out of the oven, you probably missed the home team’s three-goal outburst in a 2:04 span of the second period.

Just like that the Oilers determined and dogged first-period defensive effort was all for naught.

Bednar’s team didn’t commit the cardinal sin of sitting back and absorbing a relentless flurry of Oilers pressure. Instead, they continually pressed, looking for a goal to well and truly put the game out of reach.

The Avs had the decisive advantage in most analytical categories, including expected goals in all situations. Edmonton was at 1.06 expected goals, while Colorado registered 3.48.

While the Avs only scored on one of seven power-plays, they gathered untold momentum with the extra man, which the Oilers eventually succumbed to.

The loss was by no means Mike Smith’s fault, who saved 36 of 40 shots. However, the 40-year-old netminder couldn’t come up with the timely save his team was in desperate need of.

Expect the Oilers to play their best opening period of the series on Saturday. The partisan home crowd, assuming Woodcroft’s team starts on the front foot, will provide the advantage the Oilers need to get back into the series.

Let’s see how the Avs react to playing at Rogers Place, one of the noisiest buildings in the postseason. Based on their flawless 5-0 road record, don’t expect the Stanley Cup favorites to buckle in the hostile environment.

Game 3 will be a way closer encounter, with the Oilers, who cannot afford to lose, prevailing by a goal, possibly two.