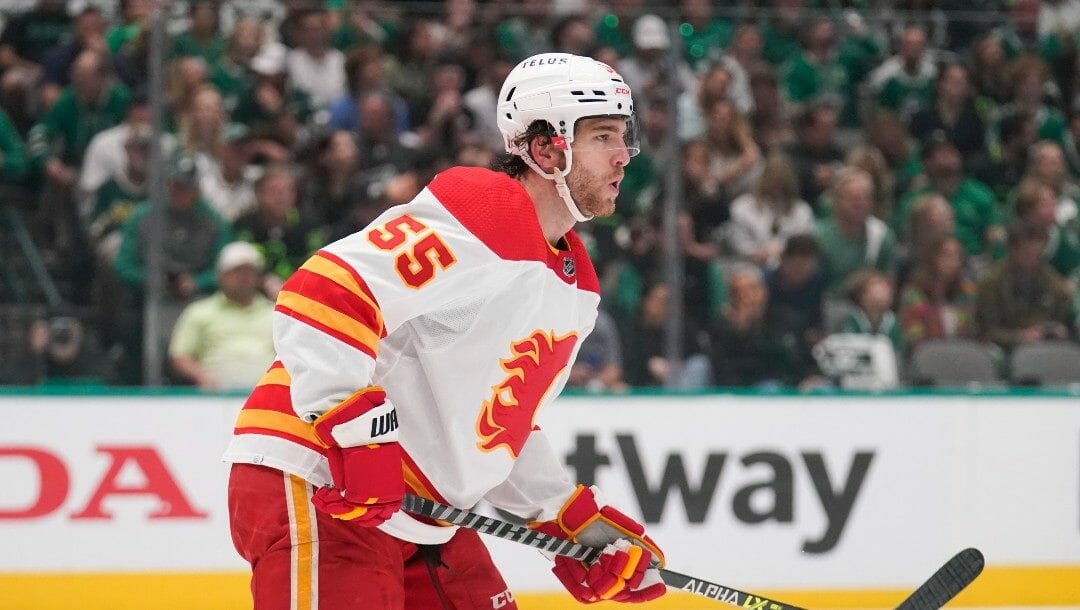 The chaotic display in Calgary’s Game 1 victory saw 15 combined goals, the most in an NHL playoff game since 1993, coincidentally also involving the Flames.

NHL betting lines shifted somewhat significantly after the opener, with the Flames moving from -200 to more substantial -357 favorites to win the series. The Oilers’ odds lengthed from +165 to +275 in the aftermath of the 9-6 Game 1 defeat.

The comparatively seismic shift in NHL playoff odds indicates precisely what the Oilers are up against.

The feverish anticipation, pent-up emotion and pervasive apprehension dramatically impacted proceedings in the series opener. Highlighted by a medley of poor and outstanding individual performances, Wednesday night was chock-full of oddities, inconsistencies and unforced errors.

There were some key takeaways mixed in with a bunch of calamitous throwaways in a crazy affair resembling a no-holds-barred wild west shootout.

Calgary couldn’t have conjured a better start. The Flames were two goals to the good within 51 seconds and three goals up at the 6:05 mark of the first period.

The Flames were in dreamland as Mike Smith, who allowed three on 10 shots, was chased from the net, replaced by Mikko Koskinen.

It looked like Game 1 was over almost before it started. Cue Connor McDavid, Leon Draisaitl, and far and away the worst Jacob Markstrom performance of the postseason.

The Oilers came back from four goals down twice, capitalizing on a slack Flames’ defense, numerous personal mistakes and a rare off night from Markstrom, who – aside from Jake Oettinger – had the best stats of any goaltender in the first round.

The Flames, however, showed poise and composure after the Oilers tied it early in the third, scoring three straight to win a bizarre, electrifying contest.

While there’s good and bad news for both teams, Jay Woodcroft and his coaching staff will be busy siphoning through the mess Edmonton created for themselves in Game 1.

The Oilers expect to win any time McDavid and Draisaitl combine for seven points. McDavid, who scored a goal and added three helpers, devastated the Flames with his breakneck acceleration.

The Flames were unable to cope with McDavid, clearly missing the presence of Chris Tanev, their top shutdown defenseman, whose status for Game 2 is still unknown.

For the Oilers to win, McDavid and Draisaitl must be more productive than Calgary’s first line, comprising Johnny Gaudreau, Matthew Tkachuk and Elias Lindholm. That did not happen on Wednesday, with Calgary’s triumvirate combining for eight points, which included a Tkachuk hat trick.

The Flames secondary-scoring superiority was on full display in Game 1, although Zach Hyman did his utmost to shrink the disparity. Hyman scored two important goals, both on shots Markstrom should have stopped.

The Flames’ netminder had a rare poor outing, which the Oilers were unable to capitalize on. Lightning will not strike twice for the Vezina candidate, who will be immeasurably better in Game 2.

The same thing can be said for Smith, who endured a nightmare opening six minutes upon his return to Calgary. Look for Smith to calm his nerves and put forth a performance his team so direly requires.

Blame it on jitters, the gravitas of the occasion or simply put it down to an off night that comes around as rarely as a solar eclipse, both coaches will want to wipe Game 1 clean from their memories.

Game 2 on Friday should be what everyone expected from the series’ outset. Expect it to be physically robust, tight checking, comparatively low scoring with outstanding, bounce-back performances from both starting netminders.

Take the Flames in a low-scoring, one, maybe two-goal game.