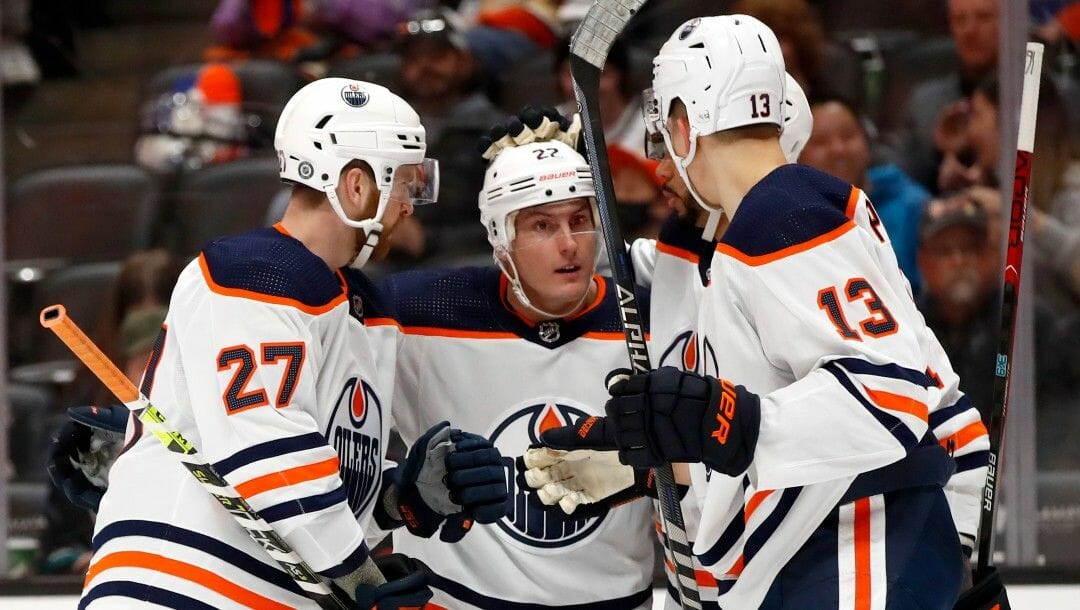 With 10 games scheduled for Tuesday, it’s a busy day for NHL betting. The regular season is nearing its end, so there’s now a shift to Stanley Cup betting.

The Edmonton Oilers are sixth in the Western Conference and are trying to distance themselves from the playoff bubble teams fighting for those final Wild Card spots. Meanwhile, the San Jose Sharks aren’t in a position to make the postseason but can play spoiler.

Below are a few NHL betting picks and analysis for the matchup between the Oilers and Sharks.

The Oilers have found their form recently, stringing together four straight wins.

Edmonton’s previous game was a 6-1 rout of the Anaheim Ducks which featured Leon Draisaitl’s 50th goal of the season as he tries to chase down Auston Matthews for the NHL lead. Connor McDavid also had a goal and two assists in the game.

McDavid leads the league in points with 40 goals and 65 assists, followed by Draisaitl who is second overall with 101 points.

Meanwhile, the Sharks are 13th in the West and have dropped three in a row.

They’re coming off a 5-4 loss to the Dallas Stars, where Logan Couture picked up his 22nd goal of the season. Timo Meier leads San Jose in scoring with 31 goals and 36 assists.

The Oilers are sixth in NHL scoring averaging 3.50 goals per game and the Sharks are 27th with 2.63. Both teams are relatively similar at keeping the puck out of the net, as Edmonton is 22nd in goals allowed against per game with 3.21, while San Jose is slightly better at 21st with 3.18.

A couple of trends to watch are the over is 11-0 in Edmonton’s last 11 games as a favorite and the over is 5-0 in San Jose’s past five when their opponent scored five or more goals in their previous game.

The Oilers are all about offense.

When their offense is buzzing, they’re winning and when it’s not, they’re not. It’s as simple as that and right now Edmonton’s offense is rolling with at least four goals in each of their past seven games.

At the other end of the ice, the Sharks aren’t playing for anything except their jobs. There is always the danger that Edmonton overlooks San Jose, but the Oilers should have a fair amount of desperation due to their mid-season struggles.

It looks as though Edmonton should handle the Sharks. Expect McDavid and Draisaitl to get on the scoresheet as well.