Original Six Winner: An NHL Stanley Cup Futures Bet To Be Wary Of 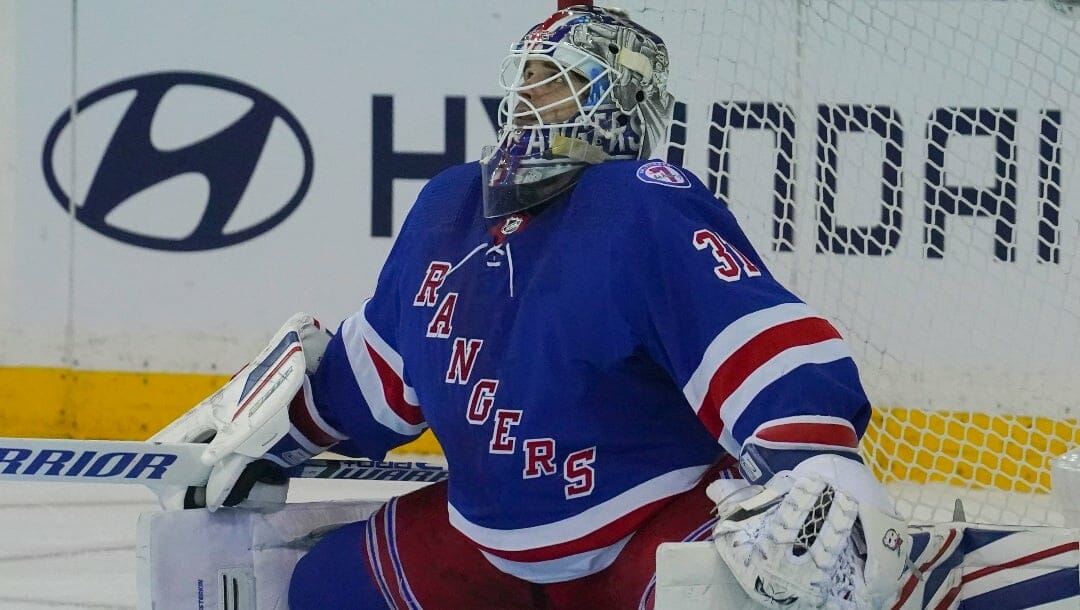 There are more enticing NHL Stanley Cup betting odds than four-star hotels in Las Vegas, but the Original Six Winner is not one of them.

Let’s first address the gargantuan elephant in the room.

The Red Wings, Blackhawks and Canadiens are officially eliminated from playoff contention, wiping out three of six resources for this NHL futures bet.

The sportsbook considers the elimination of those three teams when manufacturing the NHL playoff odds, but it still feels, at least ostensibly, like you’ll be starting out of the blocks at a deficit.

That leaves the Rangers, Maple Leafs and Bruins, all of which can make cases as Cup contenders. None, however, make a strong enough case to render this futures bet worthwhile.

Current NHL betting lines have the Rangers and Bruins at +1600 and Maple Leafs at +1000 to win it all.

The Rangers are an excellent sleeper futures pick but rely too heavily on Igor Shesterkin, who will win this season’s Vezina Trophy if popular opinion and the NHL odds are anything to go by.

The Broadway Blueshirts have the third-best win percentage (.740) in the NHL since March 1, their success immoderately due to the team’s second-best 2.45 goals-against average (GAA).

That watertight defense is linked directly to the otherworldly contribution from their star netminder. It feels distinctly as if the Rangers’ playoff success is completely predicated on whether Shesterkin can continue his lights-out form throughout the postseason.

Armed with players who can put the puck in the net, New York has a 50-goal scorer (Chris Kreider) and two elite offensive threats in Artemi Panarin and Mika Zibanejad. That triumvirate, however, doesn’t get a ton of scoring support, highlighted by their middling, 15th-ranked 3.08 goals per game.

Boston also falls into the category of middling offenses. With the 16th-ranked goals-per-game average (3.04), the Bruins are even worse off than their original six counterpart. The similarities between Boston and New York don’t end there, as the Bruins, with the fifth-best GAA (2.69), also count on their defensive stability to win games.

To illustrate the discernible difference between the Rangers and Bruins, you need only look between the pipes. The Bruins will go with Jeremy Swayman, a netminder who has enjoyed a solid full first season (22-13-3) but is entirely unproven in the playoffs. In stark contrast, the Rangers have the world’s best goaltender safeguarding their net.

While the Rangers have a better chance of lasting longer, neither team, unless Shesterkin unremittingly stands on his head, have enough to win Lord Stanley.

There’s also a decent chance the Rangers and Bruins will meet in the first round, which would automatically eliminate another original six team.

Toronto Maple Leafs, Too Much Of An Unproven Commodity

Unfortunately, for all their offensive weapons, the Maple Leafs are too much of an unproven commodity to put your faith and money behind.

Not only have the Maple Leafs failed to make it out of the first round since 2004, but they also have the 18th-ranked defense (3.06 GAA), a worrying statistic heading into the playoffs.

Make no mistake, Toronto has enough front-end talent to win it all. Maybe they’ve learned from previous playoff failures, and perhaps Jack Campbell proves the naysayers wrong and enjoys a career-defining few months.

Maybe the stars align, and the Maple Leafs pull off what would be an amazing feat.

More likely, there are too many ifs, ands or buts for the Original Six Winner futures bet to be thought of as anything more than a fanciful notion.