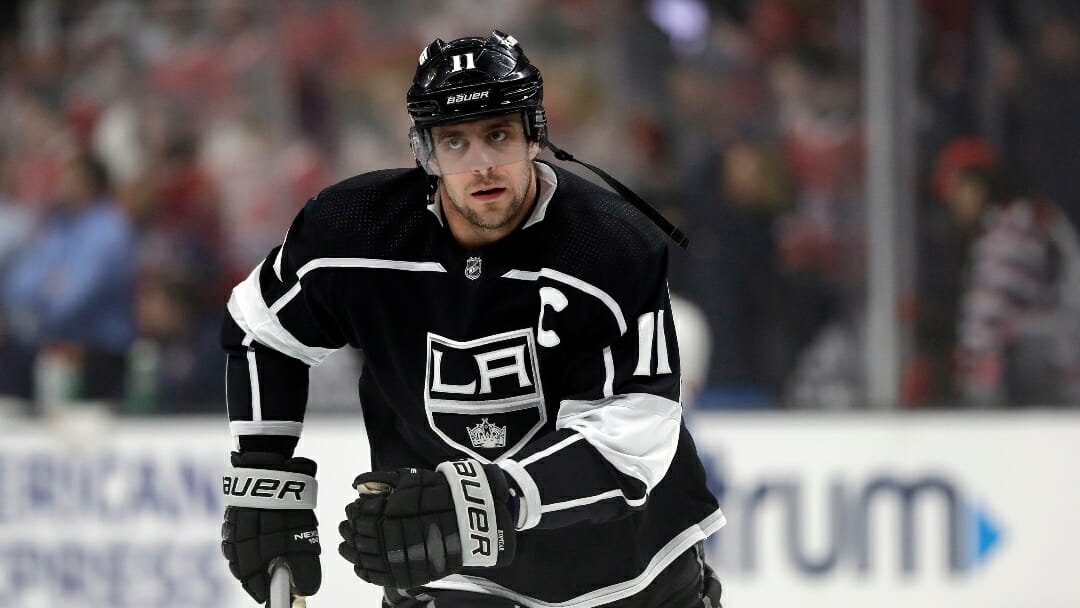 The Pacific Division is one of the more challenging to predict, with the Calgary Flames, Edmonton Oilers, and Vegas Golden Knights all vying for the top position.

NHL odds have the Oilers as marginal favorites (+200), while the Flames (+275) and Golden Knights (+300) round out the triumvirate expected to tussle for the division crown.

Who will win the NHL Pacific Division?

Based on current odds, the Edmonton Oilers have the best chance to win the NHL Pacific Division in 2022 (+200), while the difference between Calgary and Edmonton is marginal, there are a few reasons to put your money on Darryl Sutter’s Flames.

The Edmonton Oilers are expected to win the Pacific Division after signing Evander Kane and acquiring Jack Campbell from the Toronto Maple Leafs.

Kane assimilated to life in Edmonton better than anyone expected, scoring 13 goals in 15 playoff games and quickly becoming one of the team’s most instrumental players.

Everyone knows about the most lethal duo in the league, Connor McDavid and Leon Draisaitl, so there’s no need to dive into just how dominant a tandem they are. Thanks mainly to their contributions, the Oilers scored 3.48 goals per game last season, seventh most in the league.

Campbell proved in Toronto  he is a bonafide No. 1 netminder. He also showed he could handle the intense pressure of being in an all-encompassing Canadian market. However, inconsistency occasionally creeps into Campbell’s game.

In addition, the Oilers’ defensive corps is mediocre at best, an Achilles heel that could prove their undoing. They allowed 3.06 goals per contest, good for 15th overall.

Campbell will probably succeed in helping the Oilers decrease the number of goals they concede, but he will need to rely on a defense that is too mistake-prone, preventing them from winning the division.

Things should go down to the wire, with their arch rivals located just 300 kilometers south prevailing in a photo finish.

What a difference a few months makes, the understatement of the year if you reside in Cowtown. The Flames saw their two supposed franchise players, Johnny Gaudreau and Matthew Tkachuk, abscond for pastures anew.

Just when it looked like the omnipresent and ominous cloud enveloping the Stampede City was there to stay, general manager Brad Treliving pulled off not one but two coups.

He replaced Gaudreau with Jonathan Huberdeau, who scored 115 points, the same total as the outgoing Johnny.

Treliving also landed top-four defenseman MacKenzie Weegar in the Tkachuk trade, making the Flames even deeper on the blueline.

Even with the addition of Kadri and Huberdeau, the Flames are inferior to the Oilers’ bedazzling offense, at least on paper.

However, the Flames were, somewhat surprisingly, more prolific than the Oilers in the 2021-22 campaign, scoring the league’s sixth most goals per game (3.55). In addition, the Flames, especially after landing Weegar, have the advantage on the blueline and in goal.

Calgary had the third-best goals against average (2.51) last season, a number Sutter will be focused on lowering. Moreover, Jacob Markstrom should use his dreadful series against the Oilers as an added incentive.

Markstrom finished second in Vezina voting and has proven he can consistently perform at his peak level in Calgary, at least in the regular season. The Flames will take the Pacific Division thanks to Markstrom and a reliable and stingy defensive core.

The Golden Knights endured a terribly frustrating 2021-22 campaign. Jack Eichel finally returned to the ice, but never ascended to pre-injury form, a predictable outcome after such a lengthy rehabilitation from major spine surgery.

He will be immeasurably better in the coming campaign. Add captain Mark Stone to the list of Vegas players who will recapture pre-injury form in 2022-23. Stone only played 37 games last season and will be highly motivated come October.

Any Vegas success is predicated on those two key assets returning to top form. Eichel and Stone are too good not to, so expect impressive rebound seasons.

However, Vegas has other issues that will prevent them from taking the division crown. First, they lost Max Pacioretty to Carolina, who was one of the team’s most consistent offensive threats, consistently chipping in for at least 20 goals.

Adding to the loss of Pacioretty is Vegas’ uncertainty between the pipes. Robert Lehner is out for the 2022-23 campaign due to a hip injury that requires surgery.

The 25-year-old should get the starting nod ahead of Laurent Brossoit, though the latter might have something to say about that. Thompson can potentially be a top NHL netminder but will need a season as a No. 1 to settle in.

The Los Angeles Kings showed a glimpse of what they’re capable of against the Oilers in a doggedly fought seven-game opening-round playoff series. The Kings are a sneakily underrated team and have the return of Drew Doughty to look forward to.

Moreover, the Kings managed to bring in Kevin Fiala from Minnesota, a first-line talent who scored 85 points in 82 games last season.

Quick was back to his cat-like best against the Oilers in the playoffs. While Quick will get a majority of the starts, the Kings also have 27-year-old Cal Petersen waiting in the wings.

Bruce Boudreau’s Vancouver Canucks are a different beast than previous versions. They finished fifth place, two points behind the Golden Knights in 2021-22. However, the Canucks were a revelation under Boudreau’s tutelage.

Appointed on Dec. 5, 2021, the Canucks won the first seven games with Boudreau at the helm. After that, Vancouver dazzled with their new coach pulling the strings, going 32-15-10, the second-best record by points percentage in the Pacific Division during that time frame.

Vancouver has an abundance of youthful talent who are just about ready to win. J.T. Miller scored 99 points in 80 games and is the catalyst, while Elias Pettersson, Quinn Hughes, Bo Horvat, and Brock Boeser are oozing with skill and top-end talent.

Thatcher Demko is one of the most highly touted NHL goaltenders, making Vancouver a team to watch. The Canucks should be in contention for one of the final playoff berths heading into the last few weeks of the season.

Unfortunately for Ducks fans, even before Ryan Getzlaf’s retirement, Anaheim was about as shallow as a kiddies splash pool.

They don’t have a world-class goaltender to steady the ship, either. John Gibson is a capable netminder but can’t put an entire team on his shoulders.

Talented youngsters like 21-year-old Trevor Zegras (23 goals, 38 assists in 2022-23) and Jamie Drysdale don’t have enough esteemed veteran leadership to show them the path to prosperity. The Ducks will end up in the same spot as last season, second-from-bottom.

San Jose is in about as much trouble going into the 2022-23 campaign as you can be in. They still have some top-end talent, including Thomas Hertl, Erik Karlsson, and, to a lesser extent, Timo Meier.

They also have proven forward Logan Couture, who can be counted on for about 20 goals per year.

Things look pretty grim when you look further down the depth chart, though. Their goaltending tandem of James Reimer and Kaapo Kahkonen is, quite frankly, nowhere near good enough, and the defensive core lacks depth.

Promising youngster Nikolai Knyzhov missed the 2021-22 season and suffered another injury setback in a recent training session, tearing his right Achilles tendon. One of the most severe injuries an athlete can sustain will keep him out of the lineup for at least six months.

Seattle did what was expected of an expansion team and finished rock bottom of the division by 16 points.

Their sophomore season in the NHL doesn’t look much better. Mark Giordano absconded for Toronto, while starting netminder Philipp Grubauer is a backup-caliber netminder on most other NHL teams.

Seattle is destined for another season at the foot of the Pacific Division.