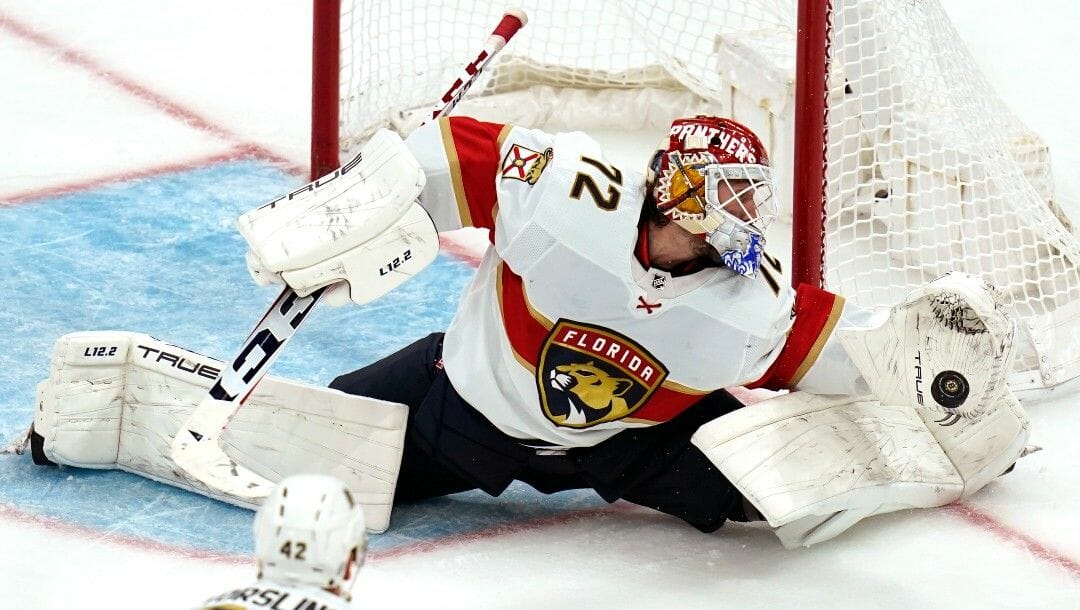 The Florida Panthers finished the season with 122 points and the Presidents’ Trophy, while the Washington Capitals grabbed the final playoff spot in the Eastern Conference by a substantial 16-point margin. The East was top-heavy all season, with only 22 points separating first place from eighth.

The two teams met three times in the regular season and Florida went 2-1, while Washington was 1-1-1. The goal differential was close, with the Panthers scoring 13 to the Capitals 12. But, the NHL betting lines for the series indicate the Panthers are a heavy favorite.

The Panthers ended the season by losing three of their final four games, including a meaningless regular-season finale, but had an impressive 13-game win streak before that.

Jonathan Huberdeau led the team in scoring and was third overall with 30 goals and 115 points. Aleksander Barkov was second with 39 goals and 88 points but only played 67 games. Trade deadline acquisition Claude Giroux scored 1.28 points per game in the 18 games he played with Florida, picking up 23 points, while offseason addition Sam Reinhart was third on the Panthers with 82 points in 78 games.

Meanwhile, the Capitals limped across the finish line, losing five of their last six regular-season games.

Alex Ovechkin became only the third player in NHL history to record nine seasons of 50 or more goals, joining Wayne Gretzky and Mike Bossy. Ovechkin led the Caps in points with 50 goals and 40 assists. Evgeny Kuznetsov wasn’t far behind with 24 points and 54 assists in 79 games.

One of the X-factors for Washington will be the physical play of Tom Wilson. In addition to his offensive ability, Wilson should be able to cause some hiccups for Florida when he bears down on them.

The Panthers were first in NHL scoring, averaging 4.11 goals per game and the Capitals were tenth with 3.29. Florida and Washington were dead even at keeping the puck on of their nets, tied at 12th with 2.95 goals against per game.

Against the puck line, both Washington and Florida were 42-40.

The Panthers might have the most skilled top three lines in the entire NHL, but they say offense doesn’t win championships. However, the Capitals don’t have the defense to contend with the Panthers’ talent upfront.

One key component could be Sergei Bobrovsky, who had a resurgence this year but struggled down the stretch. Florida might be in for a more difficult postseason than most people expect, but it’s doubtful that the Caps knock them off in the first round.