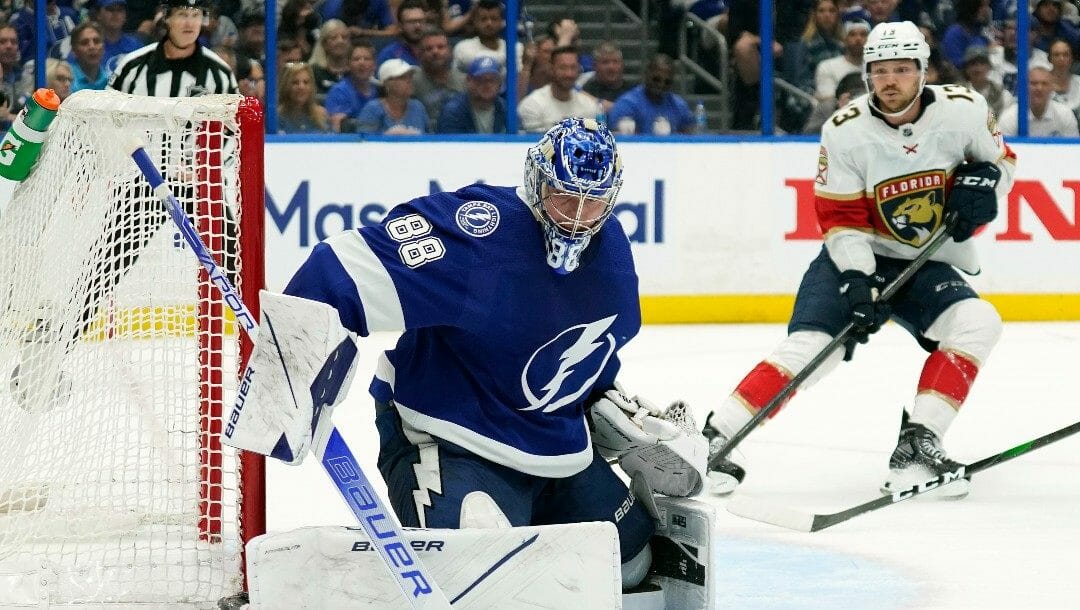 This series is close to being over after the Tampa Bay Lightning decimated the Florida Panthers 5-1 in Game 3. The Lightning now have a chance to close out the series on home ice and sweep the Panthers simultaneously.

NHL betting lines have the Lightning as slight favorites.

Below are NHL betting picks and analysis for the Monday matchup.

Corey Perry scored the Lightning’s first goal for a third straight game, opening the scoring of Game 3. Erik Cernak had the unlikely game-winner at the start of the second period, and then the defense went to work.

Nikita Kucherov had a goal and Steven Stamkos added two more. Andrei Vasilevskiy was practically unbeatable, saving 34 of 35 shots. Tampa Bay did a solid job of blocking shots again, getting in front of 19 of them.

Meanwhile, Sam Reinhart had the Panthers’ only goal, evening the score on the powerplay. Jonathan Huberdeau and Aleksander Barkov both picked up an assist, but they couldn’t solve Vasilevskiy after that.

Florida outhit Tampa 45-33 and won six more face-offs. The Panthers had statistical wins throughout the game but couldn’t get the job done. Sergei Bobrovsky was fine, stopping 31 of 34 shots, but he’s not standing toe-to-toe with Vasilevskiy.

Even though the Panthers are statistically succeeding in several vital parts of the game, it’s impossible to recommend a wager on them. The Cats aren’t just losing; they are flat-out unable to score. Florida led the league in goals per game during the regular season with 4.11, but they’ve only scored three total in this series.

The Panthers’ offense could suddenly wake up, and they could win Game 4, but at this point, that doesn’t look likely.