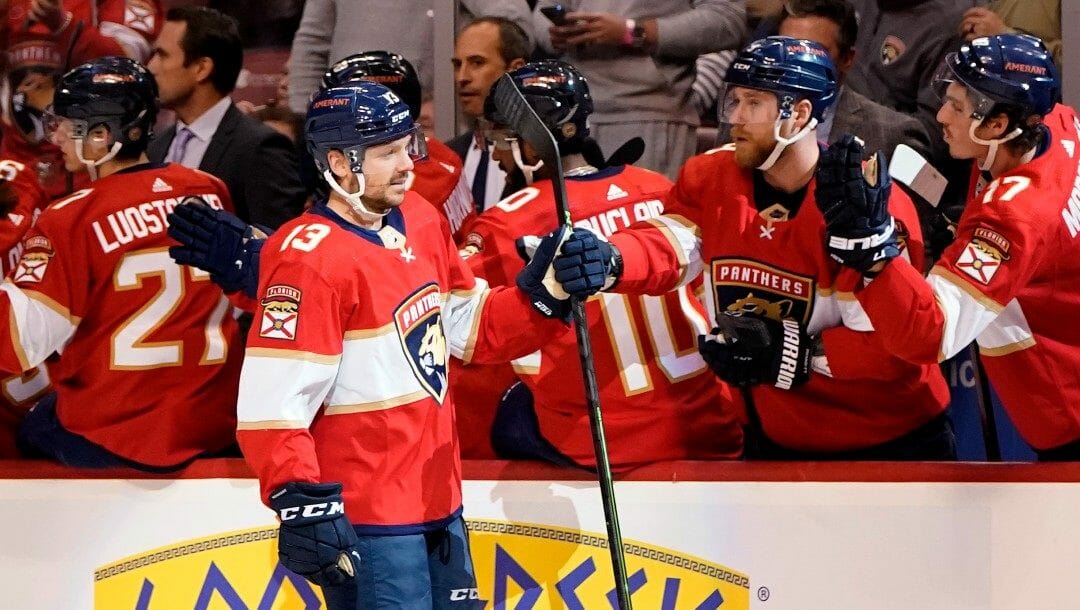 There are nine games on the NHL schedule Thursday, which is great news for NHL betting.

The Ottawa Senators have been on a bit of a heater lately, collecting wins in four straight games. The Sens have turned things over to their offense during their winning streak, scoring 17 goals across those four outings.

They’ll meet their match on Thursday when they host the Florida Panthers, who have put up some of the best offensive metrics in the NHL since the mid-1990s.

You may have gathered from the total that offense is expected in this one. BetMGM has the total set at 7, which reflects each team’s offensive ceiling and current form.

The Senators have recorded four or more goals in three of their past four games, relying on improved offensive efficiency. Ottawa has attempted 11 or more high-danger chances at five-on-five in two of the four, boosting their production to 12 or more quality chances in all four contests across all strengths.

Their offensive accomplishments have come at the expense of defensive zone coverage. Ottawa has allowed 14 or more quality opportunities across all strengths in three of those four games, with a rolling average of 15.8 over that stretch.

The Panthers get a lot of credit for being a great offensive team, which they are. However, we’ve seen some questionable defensive analytics from them heading into Thursday’s contest.

Florida has allowed 13 or more high-danger chances in four of their past five, with opponents recording 12 goals over the last two games. Still, the Panthers are finding twine, scoring 23 goals over their previous six outings.

Teams can’t afford to have defensive zone lapses against the Panthers without paying the price.

Although the Sens will give up a few chances, I’ve seen them be the pacesetters offensively over their current stretch.

I am expecting a similar effort from the Sens, leading to a closer than anticipated matchup. Ottawa could keep things closer than the betting market implies in what should be a high-scoring affair.