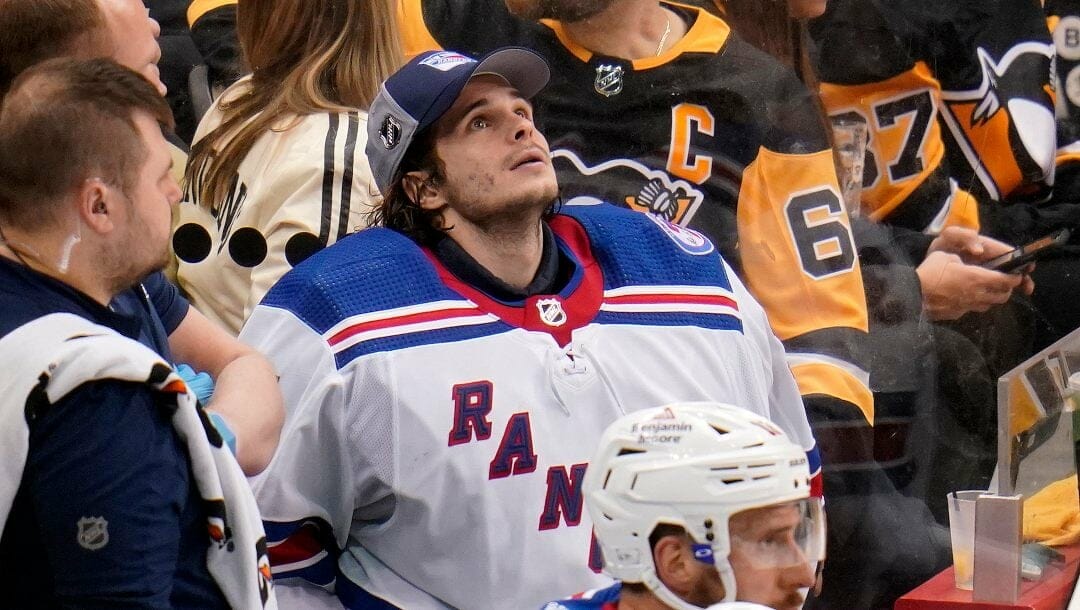 The playoff savvy of the Pittsburgh Penguins has come through in this first-round matchup with the New York Rangers. Pittsburgh put up an absolute beatdown on New York in Game 4, winning 7-2 and taking a 3-1 series lead back to the Big Apple.

NHL playoff odds currently have the Penguins as -650 to win the series.

Below are NHL betting picks and analysis for Wednesday night’s matchup.

After falling behind by a goal, Sidney Crosby tied the game in the first period and added two assists later. Jake Guentzel scored his fifth goal in these playoffs, putting him in a five-way tie for the league lead with Mike Matheson, Mark Friedman, Danton Heinen, Jeff Carter, and Evgeni Malkin scoring the other goals for Pittsburgh.

Meanwhile, Rangers fans are looking for someone to lay the blame on, and Igor Shesterkin has shouldered the brunt of their ire.

Shesterkin was chased from the net for the second straight game, allowing six goals on 30 shots. There’s no doubt he has to play better for the Rangers to win, but the stat line doesn’t tell the whole story. Part of the reason Shesterkin was the Vezina favorite all season was because the Rangers are not a good defensive team, and yet he was able to succeed under those conditions.

Below is a picture of how bad the Rangers were at limiting chances in Game 4.

New York put Shesterkin in an extremely tough position to win. However, one positive for the Rangers is that Alexis Lafreniere scored his first NHL career playoff goal. The Rangers have been outscored 20-14 in this series and will have to put together a defensive performance that resembles an NHL-caliber effort to have a chance in Game 5.

At this point, it seems like the better bet is riding Pittsburgh’s playoff experience rather than New York’s goaltending, as the Rangers appear determined to leave Shesterkin high-and-dry, while the Pens core has been through deep playoff runs in the past. The Penguins should come out in Game 5 with the excitement of a team on the cusp of moving on to the next round.