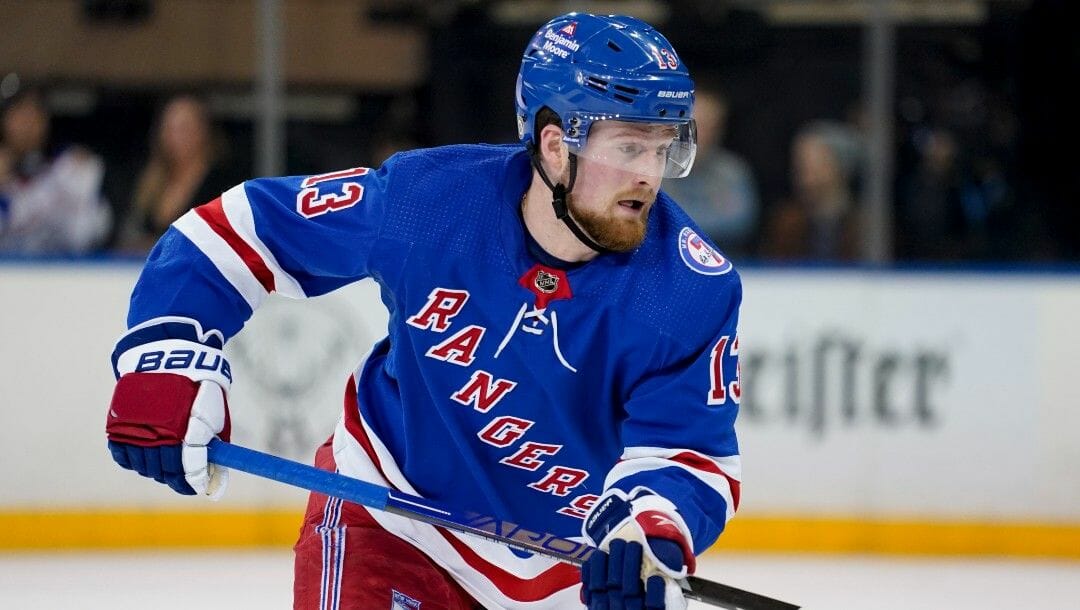 The NHL playoffs get underway this week and what a time it is when it comes to NHL betting.

The Pittsburgh Penguins and New York Rangers met four times in the regular season, with the Rangers winning three games and outscoring the Penguins 11-4.

Below are NHL betting picks and analysis for Tuesday’s Game 1 matchup.

The Pittsburgh Penguins ended the season seventh in the East and lost two of its last three games. Their previous outing was a 5-3 win over the Columbus Blue Jackets, where Evgeni Malkin had a goal and an assist.

Sidney Crosby still tied Jake Guentzel for the team scoring lead with 84 points despite a layoff due to injury. However, Guentzel led the Pens with 40 goals.

Tristan Jarry was impressive between the pipes with a .919 save percentage and 2.42 goals against average. Unfortunately, Jarry is sidelined due to an injury and will miss the start of the series. Casey DeSmith played five of the Pens’ final six games, so he’ll probably get the nod.

Meanwhile, the Rangers ended the season fourth in the East, tied with the Tampa Bay Lightning with 110 points, and are coming off a 3-2 win over the Washington Capitals, where Kaapo Kakko picked up two assists.

Artemi Panarin led the Rangers in scoring with 22 goals and 74 assists, followed by Mika Zibanejad who was second on the team with 29 goals and 52 assists, while Chris Kreider set a career-high with 52 goals. In addition, Adam Fox finished the year fourth overall among defensemen with 74 points.

In the net, Igor Shesterkin put in a Vezina Trophy performance all year, leading the league with a .935 SV% and a 2.07 GAA.

Pittsburgh was 11th in NHL scoring with 3.28 goals per game and New York was 16th with 3.05. However, the Rangers were the second-best team in average goals against with 2.49 per game, while the Penguins were fifth with 2.71.

The focus of this game and this series should be on Shesterkin. Only the top teams in the East will be a problem for the Rangers if he’s on. However, if he’s off, New York will probably be facing an early exit.

It’s tough to gauge how he’ll face his first taste of postseason action since one game back in 2019-20.

The Rangers should have the edge heading into this game.