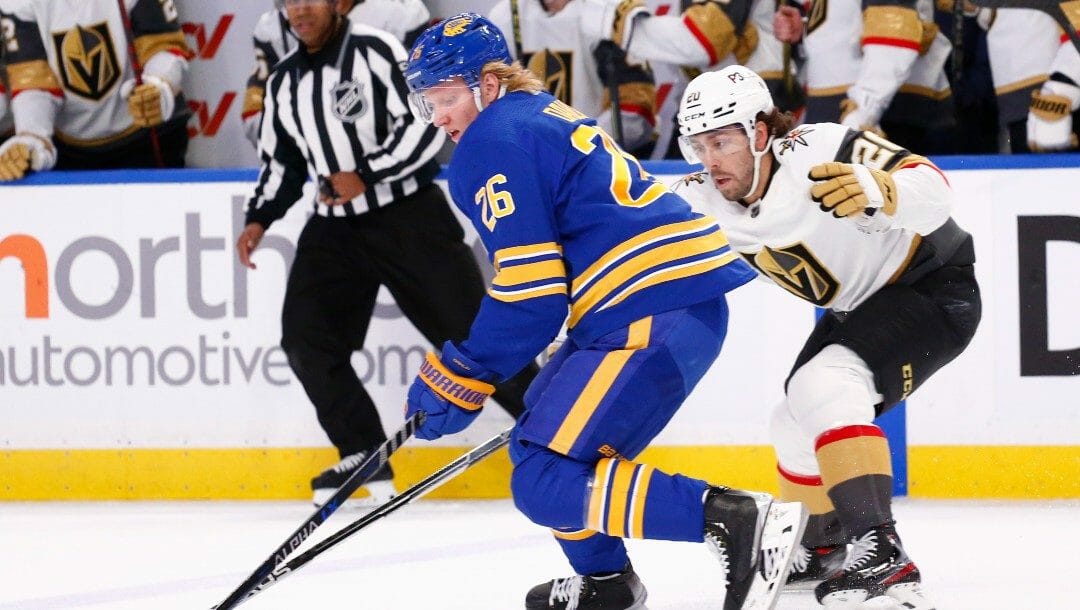 We’re one day away from the NCAA tournament returning and some college basketball betting action, but there are four NHL games scheduled for Wednesday. Instead of waiting a day, why not take part in some ice hockey betting?

One of the games features the Pittsburgh Penguins taking on the Buffalo Sabres.

The Penguins have charged up the Metropolitan Division standings, sitting three points back of the division-leading Hurricanes. At a first glance at the NHL betting lines, Wednesday night’s contest against the Sabres looks like a Penguins-friendly spot, but we’re taking a contrarian approach to this Eastern Conference matchup.

Check out our analysis of this David vs. Goliath tussle and why the Sabres are the side worth backing on Wednesday night.

Pittsburgh’s run up the standings is substantiated by their solid underlying metrics. However, a couple of factors are working against them ahead of Wednesday’s battle against the Sabres.

Second nights of back-to-backs haven’t been kind to the Penguins over their past few attempts. They’ve also miscalculated their goaltending usage, which could haunt them against a proficient Sabres team.

Pittsburgh has dropped two of their past three games when playing on consecutive nights, albeit both of those losses in overtime.

Their last three efforts on the second night of a back-to-back have resulted in a cumulative 44.3% expected goals-for rating. The Penguins have been thoroughly dismantled in a couple of those outings, posting game scores below 40%, which has only happened six times this season.

We also can’t look past their goaltending decisions, as they elected to start primary goalie Tristan Jarry at home against the Columbus Blue Jackets on Tuesday night. Casey DeSmith and his 90.4% save percentage is the expected starter against a resurgent Buffalo squad.

The Sabres have been giant killers over their recent sample, knocking off the Vegas Golden Knights, Toronto Maple Leafs, and Calgary Flames over their past five games going 4-1-0 over that challenging stretch.

Defense has been a big part of their turnaround, as they’ve limited their opponents to eight or fewer quality opportunities in four of their past six games. That’s directly impacted goaltending, with Buffalo’s netminders posting above-average save percentages in four of those contests.

You could play it safe and take the Sabres to cover the puckline as underdogs at a short price. Alternatively, if you’re feeling a little bit more reckless, you could follow the Penguins’ recent overtime trend on the second night of back-to-backs for a big potential payout.

We’re making a more modest play and backing the Sabres as steep home ice underdogs against the Pens.