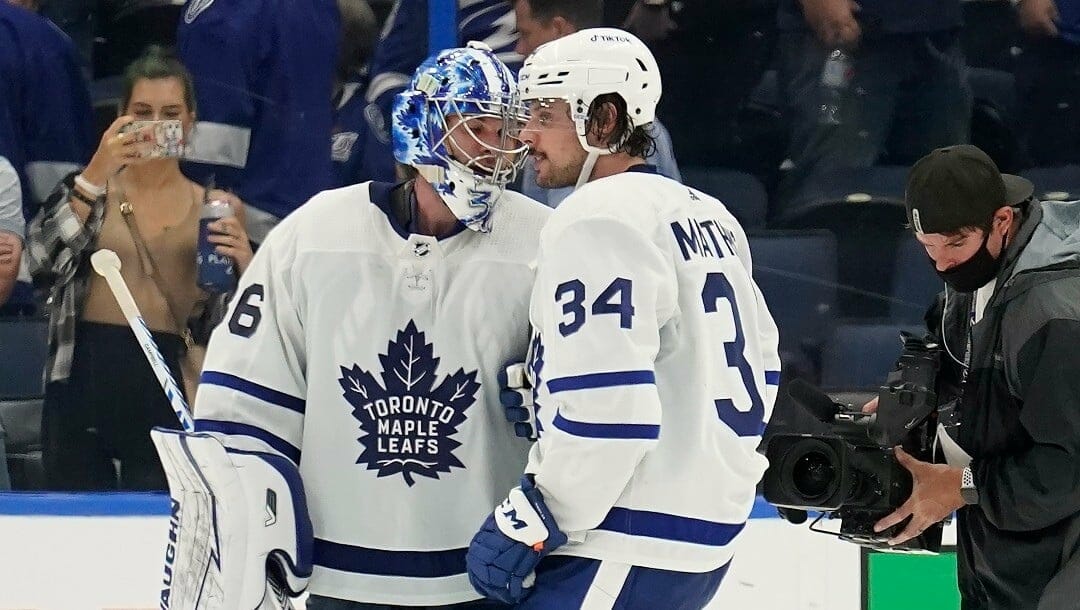 With the opening round in full swing, let’s have a look at where all three clubs stand in their respective series.

Up 2-1 in the best-of-seven series heading into Game 4, the Maple Leafs were presented a golden opportunity to take a commanding 3-1 series lead in their first-round matchup against the defending Stanley Cup champion Tampa Bay Lightning.

The result? One of the more uninspired performances in the franchise’s recent playoff history. Under attack from the opening draw, Toronto found itself down 5-0 after two periods, ultimately losing by a final score of 7-3.

In retrospect, the outcome should not be too surprising.

Since 2017, the Maple Leafs are 1-8 in playoff games in which they’ve had a lead in their respective series (including Sunday’s loss). While Toronto did manage to earn a split on the road, something repeatedly pointed out by the team postgame, should the Blue and White go on to lose this series, they will likely look back on Game 4’s lackluster effort as a major reason why.

As the scene shifts to Toronto for Tuesday’s Game 5, all eyes will be on Leafs goaltender Jack Campbell.

Campbell was in net for five of Tampa’s seven goals, stopping just 11 of 16 shots before being pulled. It’s been an up and down series for the 30-year-old, who was brilliant in Games 1 and 3, only to allow five goals in each of the subsequent contests. Toronto will need Campbell to be at his absolute best if they hope to avoid going down 3-2.

For what it’s worth, NHL playoff odds have the Maple Leafs -120 to win the series.

The favored Flames earned a much-needed 4-1 victory in Game 4, as Calgary has surprisingly had its hands full with the defensive-minded Stars.

In a series dominated by elite goaltending, the high-flying Flames were finally able to generate a little momentum offensively, highlighted by Johnny Gaudreau’s penalty shot marker in the second period, part of a whopping 53 shots fired on Dallas’ Jake Oettinger.

Darryl Sutter’s squad is clearly the more talented team, but as long as Oettinger continues to perform at an otherworldly level, the Flames could find themselves going the distance.

After outscoring the Kings 14-2 in Games 2 and 3, it appeared the Oilers were going to run away with this series.

It wasn’t meant to be, however, as Edmonton was shut out by LA 4-0 in Sunday’s Game 4 matchup. The Kings can credit goaltender Jonathan Quick, who rebounded from two rough outings to stop all 31 shots he faced in the victory.

While the Oilers generated plenty of scoring chances, they once again struggled defensively, as the Kings were able to muster 40-plus shots against starting goaltender Mike Smith for the second consecutive contest. Smith stood on his head, making 42 saves, and was the major reason why this game was not even more lopsided.

A question mark heading into the postseason, the 40-year-old has been spectacular thus far. Following his major gaffe in Game 1, Smith has stopped 115 of LA’s last 121 shots – good for a .950 SV%. Conor McDavid and company should find more offense in Game 5, but they are surely going to have to tighten things up defensively and rely far less on their veteran goaltender, especially on nights where they struggle to find the back of the net.