NHL Playoffs: Do Capitals Have Any Chance vs. Panthers? 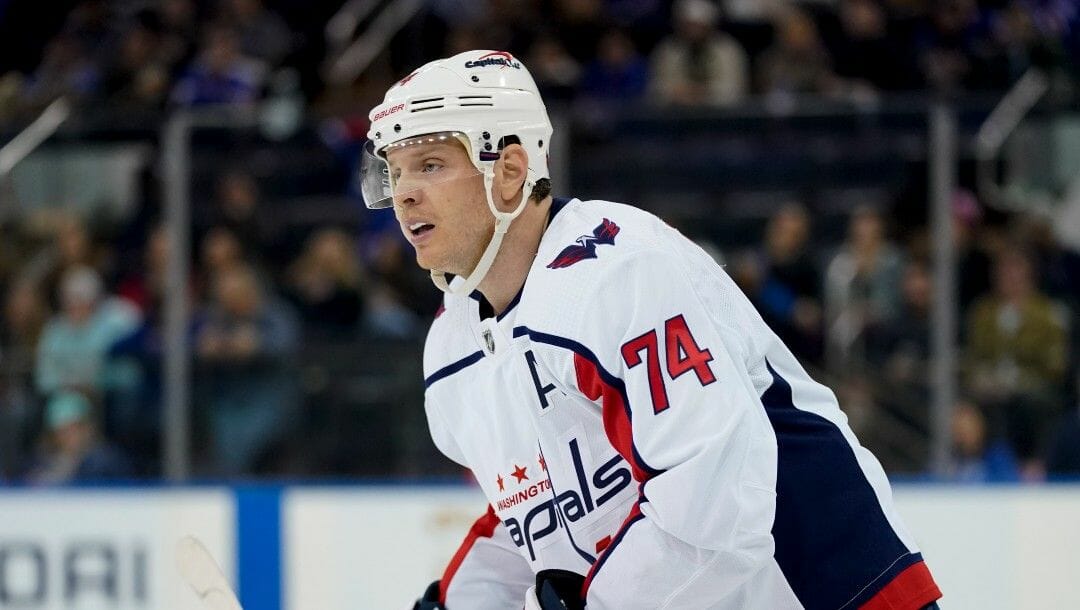 The Florida Panthers will begin their quest to become the first Presidents’ Trophy recipient to win the Cup since Chicago accomplished the feat in 2012-13.

According to NHL playoff odds, the Panthers are +550 to win the Cup, which are second-best in the league. In their opening first-round series against the Caps, NHL betting lines have them as prohibitive -330 favorites.

The Panthers haven’t made it past the first round since making the Stanley Cup Final in 1996. The Panthers strongly believe this is the season they’ll break that barren streak.

Just the minor matter of having to first vanquish Alexander Ovechkin and his Washington Capitals, who won the Cup in 2018.

Ovechkin’s status for Game 1 is uncertain due to an upper-body injury. It’s going to take a significantly debilitating injury to keep him from lacing up for Game 1. Expect Ovechkin to start in Florida Tuesday night.

The more pressing question is how, if at all, the injury will affect Ovechkin’s ability to impact the series.

As all three previous encounters between these two Eastern Conference teams occurred in November, the Caps and Panthers will, in the most practical sense, be relatively unfamiliar with each other.

The Panthers won two of three of those November contests, both of which were on home ice.

Florida had the best home record in the NHL (34-7-0), losing just seven of 41 tests at their own rink. The Panthers turned FLA Live Arena into an imposing fortress, making life miserable for visiting teams.

While the opposite is true for the Caps and Capital One Arena, they also took care of business on home ice when Florida visited the nation’s capital on Nov. 26. That 4-3 victory at Capital One Arena belied their otherwise substandard level on home ice.

The Caps, with a 21st-ranked 19-16-6 mark on home ice, endured a wretched time at Capital One Arena throughout the campaign. They have the worst home record of any playoff participant.

Each of the three decisions were decided by a single goal, heightening, even more, the importance of being able to prevail in tight games.

Winning close to 70% of one-goal games, Florida was the third-best team in the league in such encounters. The Caps won just 41% of nip-and-tuck contests.

The Panthers are by no means limited to winning games by a single goal, as they also secured the most blowout victories, winning 31 games by three or more goals.

Why Panthers Should Send Capitals Packing

NHL betting lines have the Caps as +260 series underdogs. But make no mistake, they have the talent, experience and overall ability to upset the Eastern Conference’s top seed.

The Caps were the most effective road team in the NHL, boasting an outstanding 25-10-6 record in enemy territory. They were the only team to lose just 10 road encounters in regulation.

However, the status of Ovechkin is still unknown, which places an expansively ominous cloud over Washington’s collective head.

Even if Ovechkin is at his indomitable best, the Caps don’t have the depth or reliable enough goaltending to defeat the Panthers on four separate occasions.

Vítek Vaněček and Ilya Samsonov shared the workload between the pipes, neither of whom found consistency.

Vanecek was a rookie last year when he got the nod for the start of the first-round series against Boston. Unfortunately, his postseason was cut excessively short when he sustained a hamstring injury in the first period of his playoff debut. Samsonov was poor in relief, so expect Vanecek to get another crack in Game 1 on Tuesday night.

Florida’s Sergei Bobrovsky, who has just one playoff series win in 12 seasons, is by no means the beacon of postseason success. But he is more established and consistent than either Washington netminder, which says a lot about the state of the Caps’ goaltending.

Florida also has far too much depth for the Caps to contend with. The Panthers have four players with at least 30 goals and another, Sam Bennett, on 28. They have six players with over 50 points, three of whom eclipsed the 80-point mark.

The Caps have just one player who has more than 30 goals. Ovechkin has 50. Tom Wilson, with 52 points, is the third-leading scorer on the roster.

If the Panthers can even slightly disturb the productivity of a potentially unfit Ovechkin and Yevgeny Kuznetsov, they will advance to the second round for the first time in 26 years.