NHL Playoffs Predictions: Will Oilers Have Easy Time With Kings? 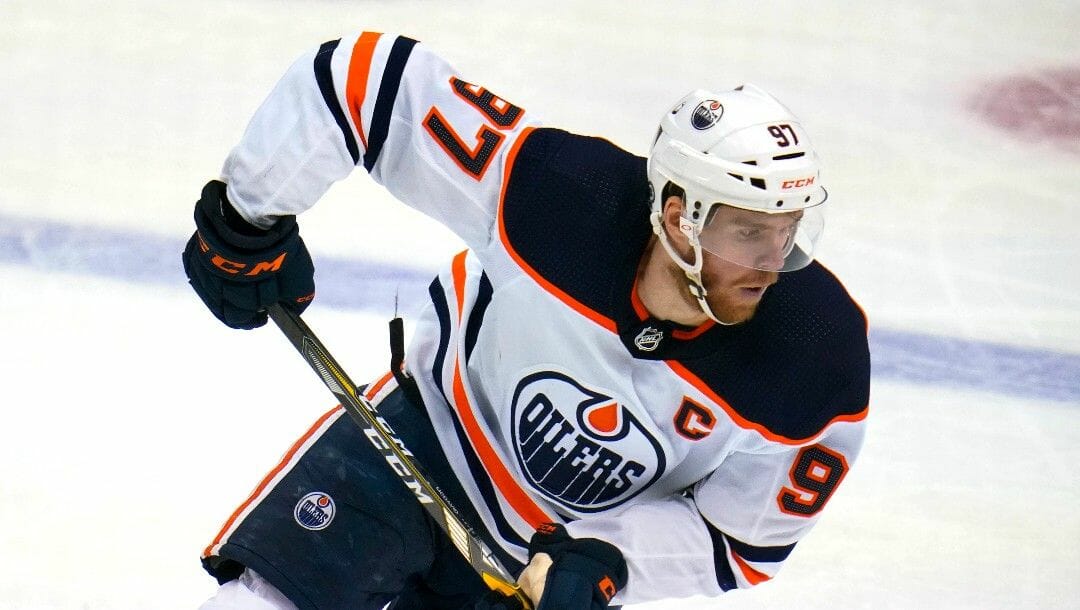 Two old Pacific Division foes — the Edmonton Oilers and the Los Angeles Kings — are pitted against each other in the first round, but it’s the Oilers, based on current NHL playoff odds and a barrage of other key indicators, who are clear -250 favorites when looking at NHL betting lines for the series.

It took a major decision, a watershed moment, to turn the Oilers season around. Faltering and floundering, the Oilers were spiraling on a precipitous downward trajectory under Dave Tippett’s leadership.

That spelled the end of Tippett, who was replaced promptly by Jay Woodcroft. The Oilers haven’t looked back since, going 26-9-3 under Woodcroft’s tutelage. Only Pacific Division rivals, and we’re not referring to the Kings, amassed as many points since Feb. 11, the day Woodcroft took charge.

Both Albertan teams, Calgary and Edmonton, sit atop the NHL standings since Feb. 11, each accumulating 55 points from 38 games.

During the last two and half months, the Oilers have completely transformed their game. Aside from having the third-most proficient powerplay (26%), Woodcroft’s team doesn’t boast particularly wondrous analytics.

They create a lot of chances, the fourth-most in the NHL (171), have the league’s best player in Connor McDavid and, aside from Austin Matthews, the most lethal natural goal scorer in Leon Draisaitl.

They’re also reaping the benefits of riding a hot goaltender.

The ageless Mike Smith is 10-1-0 in his last 11 starts, a run which included back-to-back shutouts. Smith only fell below a .919 save percentage twice during that stretch, one of which in a loss to the Flames.

Smith, who has played only 27 games, is well-rested going into the postseason, even for an overripe 40-year-old. The question is whether Smith can continue to exceed expectations and provide his team with the quality goaltending they require.

Further stacking the odds against the Kings, Edmonton dominated the season series, winning three of four contests. The only defeat Edmonton tasted occurred prior to Woodcroft’s masterful, albeit fleeting, coaching reign.

Since Woodcroft was instated as bench boss, the Oilers are 3-0 against their divisional rivals. McDavid and Draisaitl were both kept off the scoresheet only once, again in the first bout. McDavid scored three goals and added three helpers in the final three encounters.

With a -32.62, the Kings endured an NHL-worst goals for above expected. Basically, they create a lot of chances but fail to capitalize at an inordinate rate.

How Kings Measure Up

The Kings are the healthiest they’ve been all season, but will be without star defenseman Drew Doughty and blueliner Sean Walker for the duration of their playoff run. Current NHL playoff odds have the Kings as +200 underdogs.

Other than their sixth-best goals against above expected (-14.18) and fifth-best away record (23-11-7), the Kings didn’t excel convincingly on the analytical front. Their special teams make for particularly gross reading. Los Angeles had the 27th-ranked powerplay and 22nd-ranked penalty kill.

Although significantly inferior to the Oilers’ tsunami of momentum, the Kings, who have won five of their last six games, are riding their own splash of good form going into Monday’s Game 1.

But it’s going to take an enormous opposite force to derail the Oilers’ heavily powered locomotive and while the Kings have defied the odds just to qualify for the postseason, they won’t have enough to upend the heavily favored Oilers.