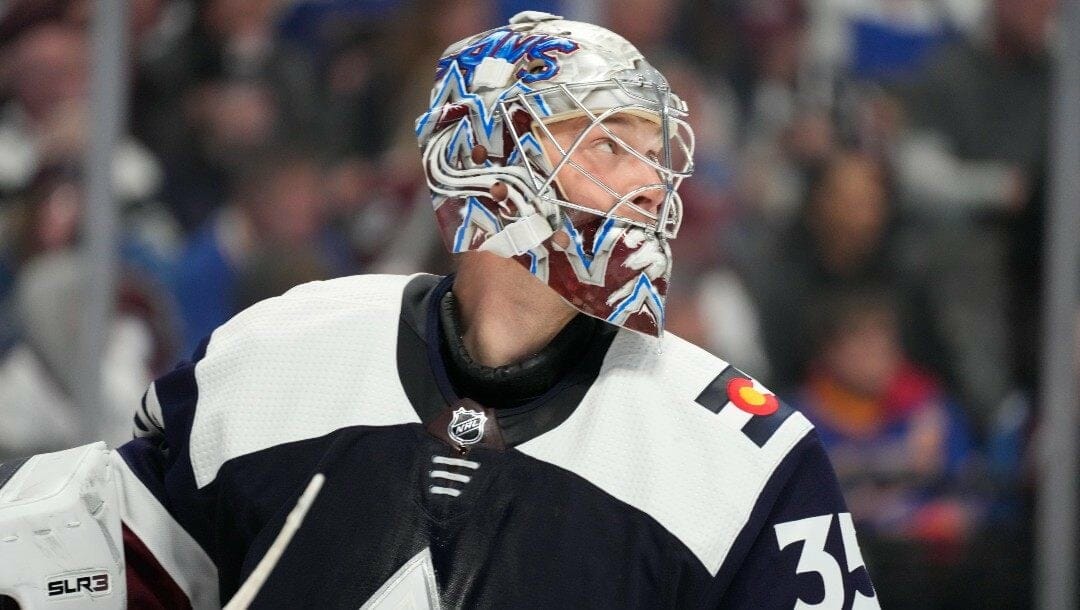 There are two days in the NHL regular season remaining, which means the attention is shifting toward Stanley Cup odds.

Thursday’s Central Division matchup between the Nashville Predators and Colorado Avalanche probably means a little bit more to the Preds than it does the Avs.

That’s not to diminish the Avalanche’s pursuit of the President’s Trophy; however, the team they are chasing, the Florida Panthers, have games against the Montreal Canadiens and Ottawa Senators to end the season, while Colorado takes to the ice against the Preds and Minnesota Wild.

Nashville is playing to avoid a first-round matchup with the Avs, and Colorado’s focus should be directed toward the postseason.

It’s more than just the narrative that favors the Predators Thursday.

Nashville is coming off a hard-fought overtime loss against the Calgary Flames, a game in which they allowed just three high-danger chances at five-on-five.

This season, the Preds have been one of the best defensive teams, allowing the seventh-fewest scoring and third-fewest high-danger chances. That aligns with their recent performances, in which they’ve allowed eight or fewer quality opportunities in all but two of their past 10 outings.

That defensive structure will be vital to limiting Colorado’s attack, although the Avalanche haven’t been doing themselves any favors recently.

Colorado has been limited to five or fewer high-danger and 21 or fewer scoring opportunities in two of their previous four games. Although they’ve improved those metrics over their last two outings, those performances came against the defensively bankrupt Winnipeg Jets and St. Louis Blues.

Still, their decreased production impacts output, as the Avalanche have scored two or fewer in three of their past five. The Avs remain well ahead of their expected goals-for, suggesting that further correction could be forthcoming.

Both teams will be on the first night of a back-to-back, so goaltending usage will be critical.

It is typically advisable to reserve your primary goalie for the second night. Still, with the Arizona Coyotes on the horizon for the Predators, they should elect to start Juuse Saros tonight. With the Wild on tap for Colorado, it may be wise to reserve Darcy Kuemper for Friday night.

If the goaltending situation plays out as expected, it’s yet another advantage for the Predators.