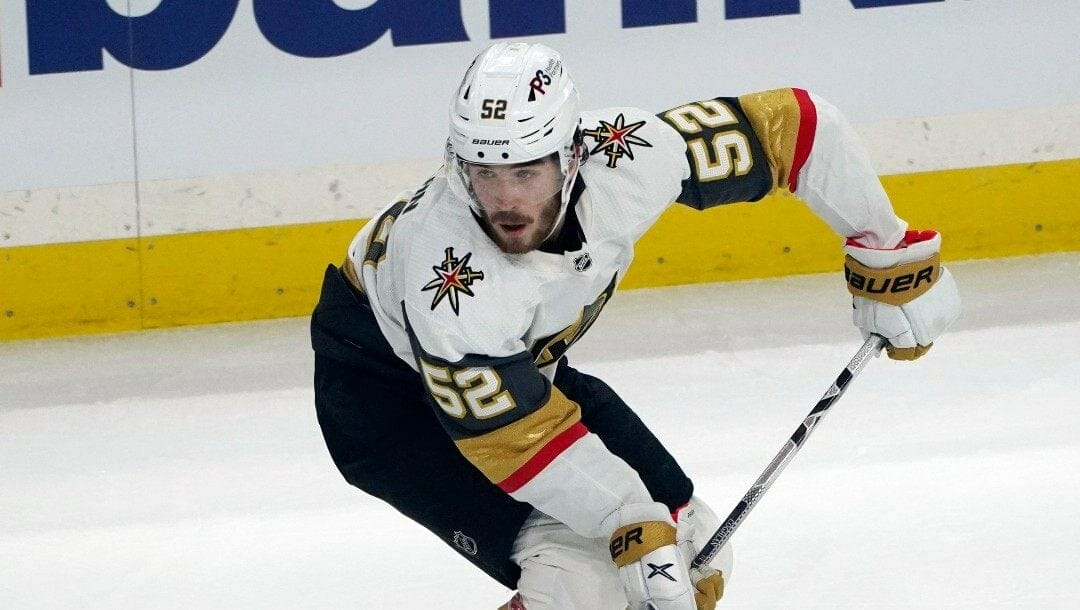 While many will be focused on college basketball betting with the NCAA tournament Thursday, there are 10 NHL games on the docket so ice hockey betting is an option as well.

The Vegas Golden Knights have fallen outside of the playoff picture, its NHL playoff odds getting worse by the day, and are desperately trying to regain much-needed ground.

Luckily for them, they’re hosting a Nashville Predators squad that is putting forth some ineffective efforts and getting lackluster performances from their goaltending.

Could this be the night it all comes together for Vegas?

Despite their best efforts, scoring hasn’t come naturally for the Golden Knights over their last few games.

Vegas has been shut out in two straight outings, leaving them on a 121:12 scoreless drought as they enter tonight’s matchup against the Preds. Still, the Knights continue to put up solid production metrics and we’re anticipating goals to come against a Nashville squad struggling to prevent scoring.

Opponents have scored three or more against the Preds in four straight games, totaling 17 over the four-game sample. Part of that falls on Juuse Saros, who has posted save percentages below 90% in three of his past five starts, cumulatively stopping 90.1% of shots over that stretch.

Juuse Saros just made a save with no blocker on.

Yeah you read that right. pic.twitter.com/bDZsONAKGC

We’re expecting that slide to be unceasing against a Golden Knights squad due for a breakout performance.

Five-on-five, the Golden Knights have attempted 11 or more high-danger chances in four of their past five outings and 26 or more scoring opportunities in three of five. That has yet to result in increased scoring, with the Knights finding the net on 7.9% of shots or fewer in three of those contests.

Looking back further, the Golden Knights have eclipsed that benchmark just five times over their past 15 games, with a rolling shooting percentage of 6.7%.

This season, Vegas has attempted the sixth-most scoring and fourth-most high-danger chances in the league, but they’ve scored the 14th-most goals thanks to the ninth-worst shooting percentage.

Reconciling those metrics suggests that the Knights are due for increased output.

We’re expecting that to come against a Predators team that has been outplayed in five straight games amid a downturn in their goaltending.

Buy early, as the price could shift in the Knights’ favor throughout the day.