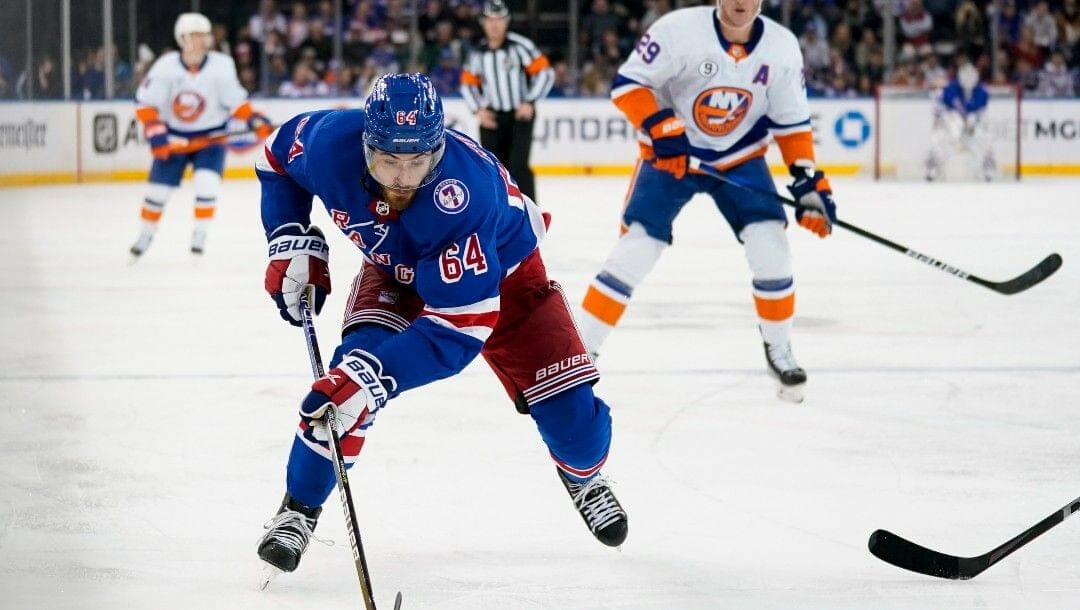 There are 10 games scheduled for Tuesday, which means a busy night for NHL betting.

One of those games features the New York Rangers taking on the New Jersey Devils. For one team it will certainly impact Stanley Cup odds, but not for the other.

The Rangers are competing for playoff seeding, while the Devils are playing for next year.

The Rangers are fourth in the East, one point behind the Toronto Maple Leafs, but have lost their past two games, including a 4-3 shootout loss to the Philadelphia Flyers in their last time out.

Artemi Panarin’s goal and an assist weren’t enough but added to his team-best scoring giving him 19 goals and 63 assists for the season, while Chris Kreider leads the team in goals with 46.

Igor Shesterkin has been the story in New York with his .933 SV% and 2.14 GAA, but he’s struggled down the stretch. He’s allowed at least three goals in each of his past two starts and five the last time he played New Jersey on March 22.

Meanwhile, the Devils are one of five NHL teams already eliminated from playoff contention.

They’ve been struggling of late, losing three straight and five of their past six.

New Jersey’s previous game was a 4-3 loss to the New York Islanders, where Dawson Mercer picked up a pair of assists.

Jesper Bratt leads the team in scoring with 22 goals and 43 assists. Former No. 1 overall pick Jack Hughes has come into his own this season, scoring 26 goals and 30 assists, which is already 25 points higher than his career-best.

The Rangers are 18th in NHL scoring, averaging three goals per game and the Devils are 17th with 3.04. However, New York is third in goals allowed per game with 2.60, while New Jersey is 29th with 3.68.

As bad as some of New York’s underlying numbers are, they’re still a better team than the Devils. The Rangers have been relying on Shesterkin’s stellar play all season and that’s bound to get them into trouble in a playoff series, but it shouldn’t be a problem against a basement team like New Jersey.

The Rangers should handle the Devils, both teams will get their offense in, but Shesterkin will be the difference in defense (assuming he starts in net).