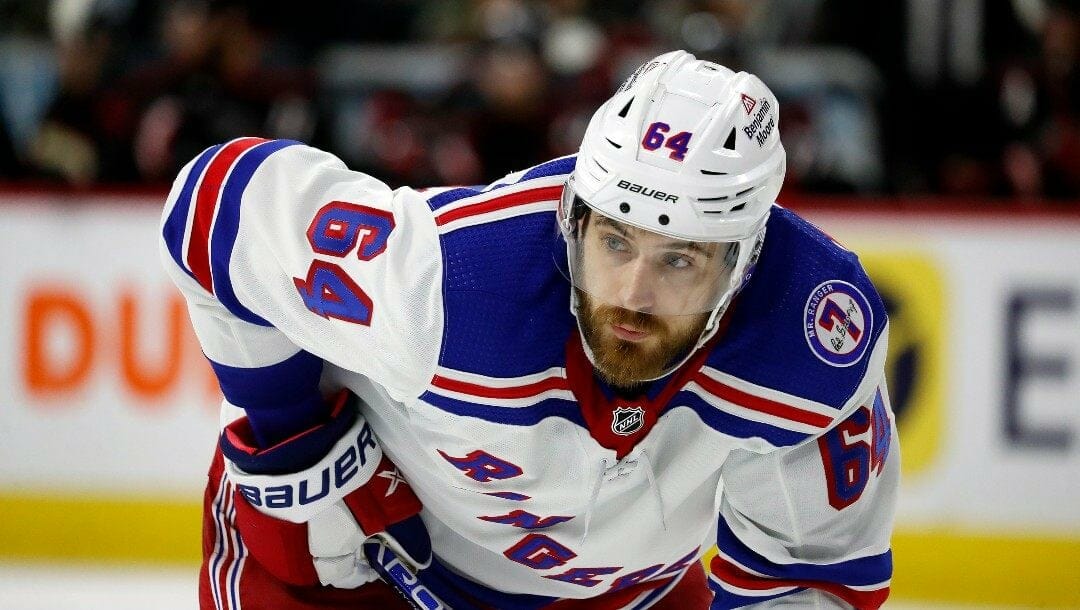 The Carolina Hurricanes do not lose on home ice. Luckily for the New York Rangers, the Canes seem to lose every game on the road. With Game 3 at Madison Square Garden, the Rangers managed to stay in the series with a 3-1 home win.

New York will be home in Game 4 and NHL betting lines have them as slight favorites.

The Rangers opened the scoring midway through the first period on a Mika Zibanejad powerplay goal. Chris Kreider made it 2-0 early in the second, and Tyler Motte added an empty netter. It was Kreider’s 30th career playoff goal and that passed Mark Messier for second on the Rangers’ all-time list.

Igor Shesterkin was on another level, stopping 43 of 44 shots. Adam Fox picked up his first point against the Canes in this series after recording a point in every game against the Boston Bruins.

Meanwhile, Carolina has yet to win on the road during this postseason. They’re a perfect 6-0 at home and a dismal 0-4 on the road.

Nino Niederreiter scored the only goal for the Canes in Game 3, cutting the lead to 2-1 in the second period. The Hurricanes outshot the Rangers 44-33 and won nine more face-offs. However, it was the first game Carolina had fewer takeaways than the Rangers.

Antti Raanta was solid again in the net, saving 30 of 32 shots.

Against the puck line, Carolina is 45-47 and 21-24 on the road, while New York is 47-45 and 22-24 at home. A couple of trends to watch are the under is 4-0 in the Hurricanes’ past four games, and the under is 4-1 in the Rangers’ past five when their opponent scored two or fewer in their previous outing.

If the Canes can finally figure out how to win on the road, this series will swing heavily in their favor. Still, Shesterkin has shown that if he’s on, he’s basically unbeatable. However, Raanta has stuck right with him throughout the series.

The Rangers have a tough road ahead of them with Carolina, as the Canes were the best defensive team in the regular season. I expect Carolina to finally get a win on the road and put the Rangers on the ropes for Game 5 in Raleigh.