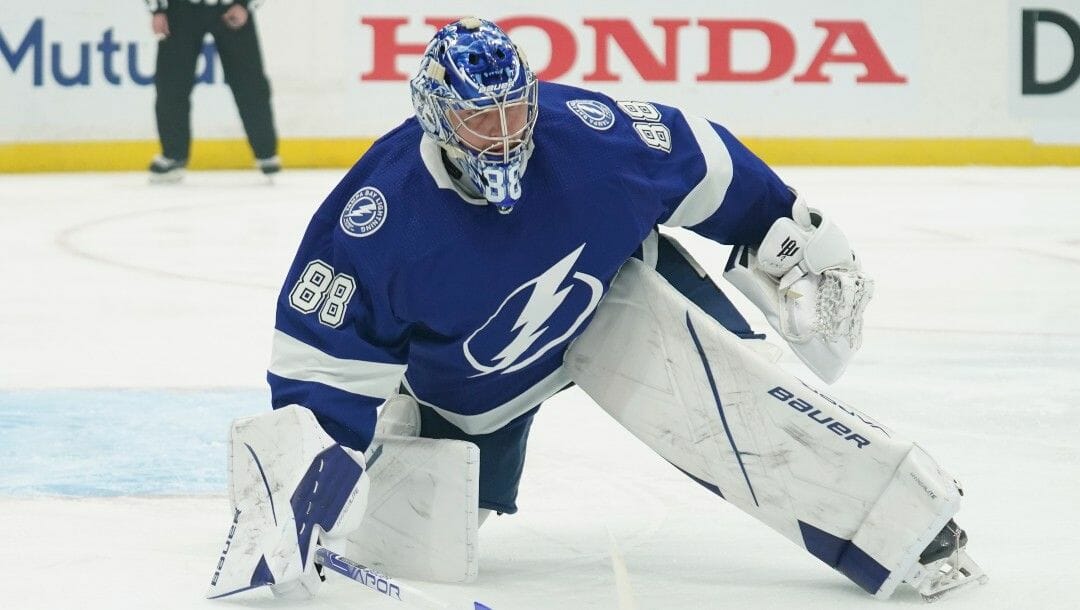 Three straight victories have the Tampa Bay Lightning a single win away from yet again representing the Eastern Conference in the Stanley Cup Final.

After the Lightning’s 3-1 Game 5 victory, NHL betting lines have them as lopsided -500 favorites to advance. According to NHL playoff odds, the New York Rangers have fallen to +375 long shots.

While unquestionably vulnerable, New York enters Game 6 having won all five games in do-or-die scenarios. Gerard Gallant’s team will have reserved confidence going into another elimination contest when they fight for their playoff lives in Tampa Bay on Saturday.

Saturday’s contest represents an altogether more difficult challenge for the Rangers, who’ve staved off elimination on five occasions in the first two rounds, three against the Pens and two versus the Hurricanes.

With all due respect to the Pens and Hurricanes, neither team has the ruthless killer instinct the Lightning have. Tampa is 2-0 when the opportunity to oust a team presents itself.

The Lightning surge into Game 6 on the back of six consecutive wins on home ice. Their only loss was on May 6 against the Maple Leafs, which also happened to be their first game at Amalie Arena in the postseason.

A Game 6 win would not only extinguish the Rangers but would also represent a franchise record seventh straight playoff home win.

A Mikhail Sergachev point shot fortuitously bounced off the Ondřej Palát with 1:50 remaining in the third, ensuring a pivotal Game 5 triumph for Tampa.

Lightning has struck twice (sorry, couldn’t help myself) so far in the series with a pair of late game-winning Palát goals.

Ondrej Palat has been coming up CLUTCH for the @TBLightning in this series. 🤩

In Games 3 and 5, he’s netted two game-winners in the last two minutes of regulation. #StanleyCup pic.twitter.com/SzIgLRqbif

Sergachev, who scored his first and added an assist on the decisive uppercut, popped up with his best offensive game of the postseason.

Series-turning contributions from unheralded members of Tampa’s squad – like Sergachev’s in Game 6, Nicholas Paul’s in Game 7 against Toronto and Ross Colton’s in Game 2 versus the Panthers – are the moments that separate the defending Stanley Cup champions from every other team trying to emulate their achievements.

While some will see it as a lucky bounce at an opportune time, others will credit Palát and the Lightning for creating their own good fortune.

If the Lightning eventually go on to win their third successive Stanley Cup, they will reflect back on Palat’s Game 3 and 5 winners as the most decisive moments.

After exploding for nine goals in the first two games of the series, New York has managed just four goals in three straight losses since. That early deluge of goals, however, was more down to Tampa’s amassed rust from a nine-day break between series.

Tampa stormed into Madison Square Garden and put an abrupt end to New York’s eight-game home-winning streak. Now it’s up to the Rangers to follow suit and return the favor.

The Rangers are an abysmal 2-7 in enemy environs, a gruesome stat that doesn’t bode well for a team desperate to extend their season. But, and this is a woolly mammoth-size but, New York’s two away wins – in Game 5 at Pittsburgh and Game 7 at Carolina – came when they were facing extinction.

Unfortunately for New York, the Lightning have entered full beast mode and have the most monstrous beast of all as their impenetrable gatekeeper.

Andrei Vasilevskiy has faced 200 shots in his last seven series-clinching games, saving all but one. That’s a .995 save percentage. He has an absurd six shutouts in those seven games, elevating his already unrivaled status in clutch games to a stratosphere mere men cannot conceive of.

With Vasilevskiy between the pipes and the Lightning’s fierce devotion to avoid a decisive Game 7 at Madison Square Garden, expect the champions to prevail in Game 6 and advance to the Stanley Cup Final for a third season running.