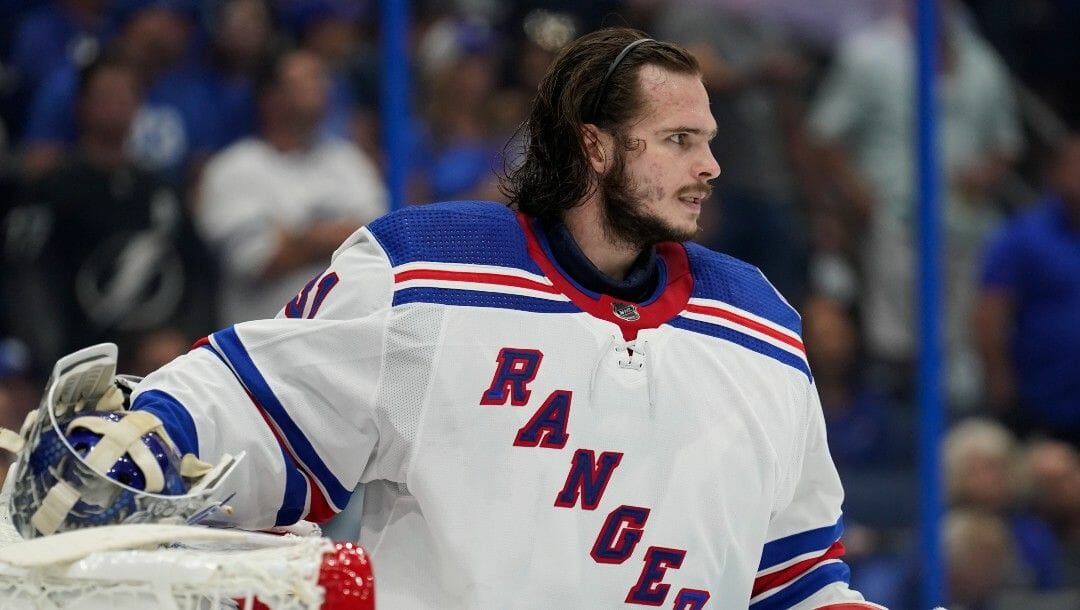 Galvanized by the friendly confines of Amalie Arena, the Tampa Bay Lightning beat the New York Rangers 3-2 in Game 3, acquitting themselves with the desperation that typified their successive Stanley Cup triumphs.

While the New York Rangers are still -152 favorites to advance, NHL betting lines acknowledge the importance of Tampa’s Game 3 victory, shortening their underdogs’ status to +125.

Sunday afternoon’s victory was exactly the type of bounce-back game everybody expected from the Lightning. Knowing only 2% of teams have ever come back from being three games down, Jon Cooper’s team knew their playoff lives hung in the balance.

Even though they went down 2-0 thanks to a pair of New York power-play goals, you got the overwhelming sense Tampa wasn’t about to accept the possibility of defeat. While they certainly didn’t accomplish the task the easy way, the Lightning put together a final 30 minutes only elite teams or champions are capable of.

Here are some NHL betting picks and analysis for the Tuesday night matchup.

The Rangers’ playoff-best power-play once again came up with the goods. Scoring on successive man advantages in the second period, the Rangers found themselves two goals up.

Ironically, it was Tampa’s attempts to rattle Igor Shesterkin that cost them at the other end. Corey Perry and Riley Nash took penalties on the Rangers’ netminder, leading to Mika Zibanejad and Chris Kreider’s power-play goals.

The Rangers, running at an incredibly proficient 31.4% with the man advantage, continue to punish opponents for any indiscipline.

New York is battling for a place in the Stanley Cup Final thanks to their potent power-play, an uncanny ability to score at opportune moments and, you guessed it, Shesterkin’s phenomenal goaltending.

The Lightning also made their power-play count, going 2-for-4 to match the Rangers’ goal output with the extra man.

While Tampa’s power-play was lethal, it was their five-on-five play that deserves credit for the victory. The Lightning blitzed Shesterkin with 52 shots, 40 of which came at even strength.

Like a piñata made of impenetrable iron, Shesterkin took shots from every angle and with mounds of traffic continuously impeding his vision.

The soon-to-be Vezina winner didn’t flinch and kept his team in the contest. The Rangers had 1.69 expected five-on-five goals compared to the Lightning’s 3.37. For all of Tampa’s relentless pressure, they managed just a single five-on-five goal, showcasing Shesterkin’s dominance.

Shesterkin finished the game with a .942 save percentage and a 1.95 goals saved above expected.

Contrastingly, the Rangers ended up with 30 shots, only 21 of which at even strength.

Things could have been drastically different had Ondrej Palat not found the twine with 42 seconds remaining. Those minuscule margins are what make playoff hockey so intriguing, exciting, even unpredictable.

The Rangers were a shot away from stealing Game 3. Despite that valiant away effort, New York fell to 2-6 on the road in the playoffs. Their only away wins, in Game 6 against the Pens and Game 7 against the Hurricanes, came when they were facing elimination.

Now the momentum is back with the Lightning going into the pivotal Game 4. Though Andrei Vasilevskiy didn’t perform superhuman feats like his counterpart at the other end, the Lightning netminder was still outstanding in Game 3, finishing with a .933 save percentage.

The Lightning are 5-1 on home ice and, unless Shesterkin comes up with another supernatural outing and steals one for the visitors, should win Game 4 to set up a best-of-three Eastern Conference Final culmination.