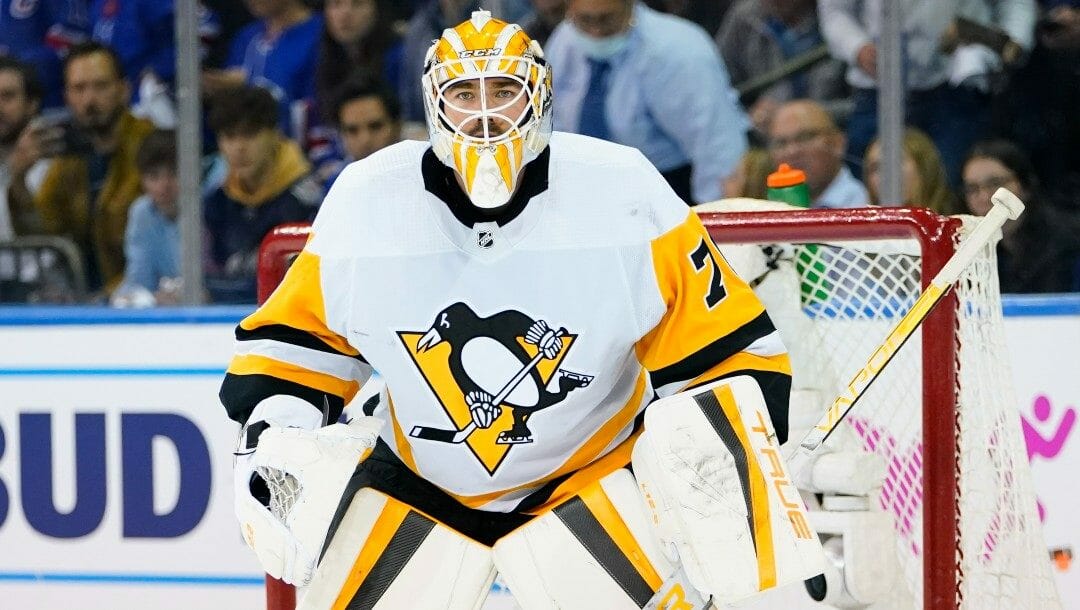 The Pittsburgh Penguins had a two-goal lead in Game 5 with less than five minutes left in the second period when the New York Rangers went on a barrage to score three goals in fewer than three minutes to take the lead before the Penguins evened the score 13 seconds later. However, only the Rangers were able to score in the decisive third period.

Updated NHL playoff odds have the Penguins -250 to win the series.

The series shifts back to Pittsburgh, with New York still on the cusp of elimination.

Below are NHL betting picks and analysis for Friday’s matchup.

The Rangers forced a Game 6 with an impressive rally in the second period of Game 5, as Adam Fox, Alexis Lafreniere, and Jacob Trouba scored three goals in two minutes and 42 seconds.

New York scored all three goals after a Trouba hit forced Sidney Crosby to the bench. Filip Chytil scored the game-winning goal on the power play early in the third period. Ryan Lindgren would later add an empty netter to ice the game.

Igor Shesterkin had a much better outing making 29 saves on 32 shots. The only home game that has been lost in this series was the Game 1 triple-overtime in New York. Game 6 will be in Pittsburgh, where the Rangers were outscored 14-6 in Games 3 and 4.

Meanwhile, the Penguins blew a two-goal lead and an opportunity to end the series in Game 5. Jake Guentzel added two more goals to his share of the NHL playoff lead, which sits at seven. Guentzel has scored a goal in each game of the series.

Pittsburgh dominated the face-off circle, winning 39-19, but they were outhit 32-24, and had almost half as many takeaways. Unfortunately, Crosby was evaluated after the game for an upper-body injury.

The Rangers might be the more desperate team heading into Game 6, but the Penguins have played well at home and do not lean on their goalie as much as New York does with Shesterkin.

The Penguins are the superior team aside from goaltending. Although goaltending is the most crucial advantage in the playoffs, New York will be playing from behind with elimination looming over their heads.