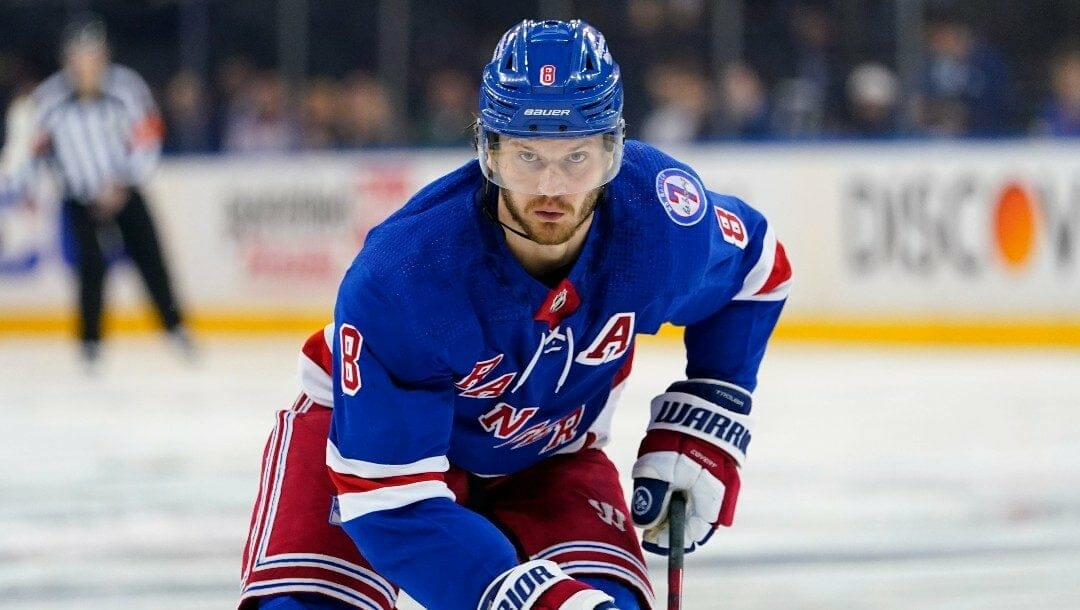 The New York Rangers and Pittsburgh Penguins have somewhat similar Stanley Cup betting odds and it is playing out in their first-round series.

After a triple-overtime loss in Game 1, the Rangers bounced back and beat the Penguins 5-2 in Game 2.

Below are NHL betting picks and analysis for Saturday’s Game 3.

Goaltending continues to be the story of the series, as Igor Shesterkin had to make 39 saves but in only three periods of play this time. Shesterkin’s combined 118 saves is the first time in NHL history a goalie has made 100 saves through their team’s first two playoff games.

Artemi Panarin and Frank Vatrano both had a goal and two assists, while Chris Kreider, Andrew Copp, and Ryan Strome added the other goals for the Rangers. Kreider’s game-winning goal tied a franchise record of seven playoff game-winning goals set by Mark Messier. New York was without defenseman Ryan Lindgren due to a lower-body injury.

Meanwhile, Louis Domingue made 35 saves of the 40 shots he faced. Although Domingue wasn’t why the Penguins lost they could still use Tristan Jarry back between the pipes. Sidney Crosby had a goal and an assist, while Jake Guentzel scored his third postseason goal.

Jason Zucker participated in warmups but didn’t play, Brian Dumoulin missed the game due to a lower-body injury, and Rickard Rakell was out with an undisclosed injury.

A couple of trends to consider are the over is 5-0-2 in the Rangers’ past seven playoff games as the favorite, and the over is 6-1 in the Penguins’ last seven against the Metropolitan Division.

It will take something special for the Penguins to solve Shesterkin, especially when they don’t have a goaltender to match. Until Pittsburgh has Jarry back between the pipes, this series is New York’s to lose.

I’ll be leaning on the Rangers until I see a reason to do otherwise.