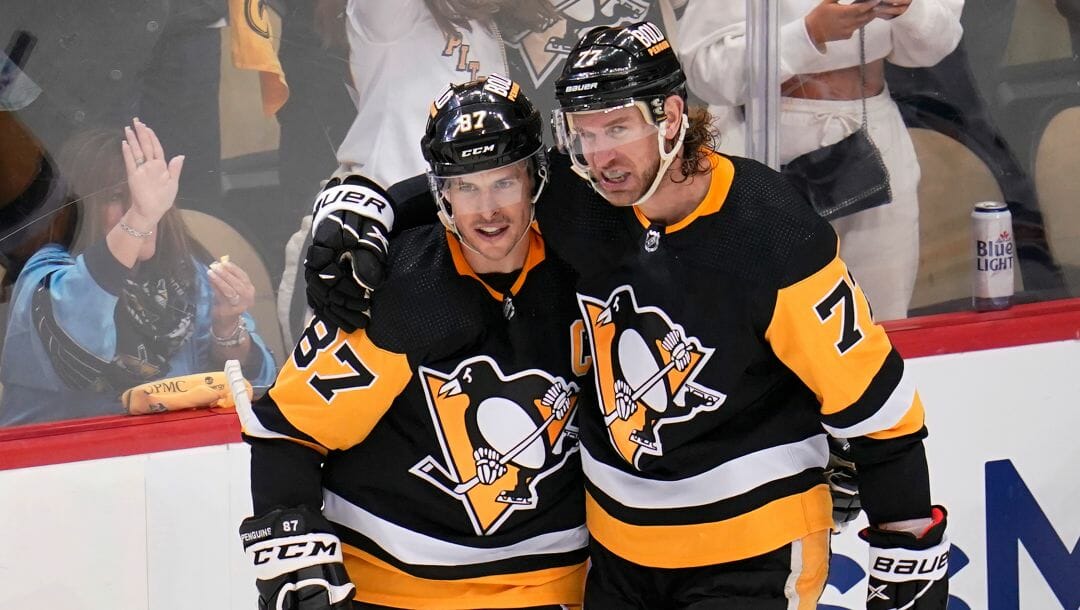 This first-round series has been great when it comes to NHL betting.

The Pittsburgh Penguins showed the New York Rangers what it takes to win in the playoffs.  Game 3 was anything but boring for fans of both teams, as the Pens opened with a big lead in the first period, the Rangers evened things in the second, and Pittsburgh closed it out in the third.

Below are NHL betting picks and analysis for Monday’s Game 4.

In Game 3, the Penguins chased the Vezina Trophy favorite out of the net after scoring four in the opening period.

Pittsburgh put four goalspast Igor Shesterkin, forcing the Rangers to turn to Alexandar Georgiev. Evan Rodrigues assisted Jeff Carter’s net finder and then added back-to-back goals in the opening frame. Carter would later add an empty netter as well while Danton Heinen had the game-winner in the third.

Louis Domingue held things down between the pipes, saving 32 of the 36 shots he faced.

Domingue remains Pittsburgh’s only backstop, with Tristan Jarry still on the shelf and Casey DeSmith’s season coming to an end due to core muscle surgery. However, Jarry was back on the ice skating on Saturday, so perhaps he could return sooner rather than later. Rickard Rakell is still out with an undisclosed injury.

Meanwhile, the goalie drama doesn’t end in Pittsburgh with Shesterkin getting chased from the net is an outcome we didn’t see coming. He only lost back-to-back games three times during the regular season, so expect him to bounce back in Game 4.

After an awful first period, the Rangers returned with three unanswered in the second. Frank Vatrano and Artemi Panarin each scored a goal to bring New York within one goal before Andrew Copp added a short-hander to even the score at four.

It seems unlikely that Pittsburgh will be able to maintain this kind of offensive output against Shesterkin through the entire series. The NHL playoffs tend to be a game of momentum, whether in a game or a full series.

However, Shesterkin has a will to win that few goalies could match this season. Expect him to come back with a vengeance and close the door on the Penguins. Look for New York to even the series at two after Game 4.