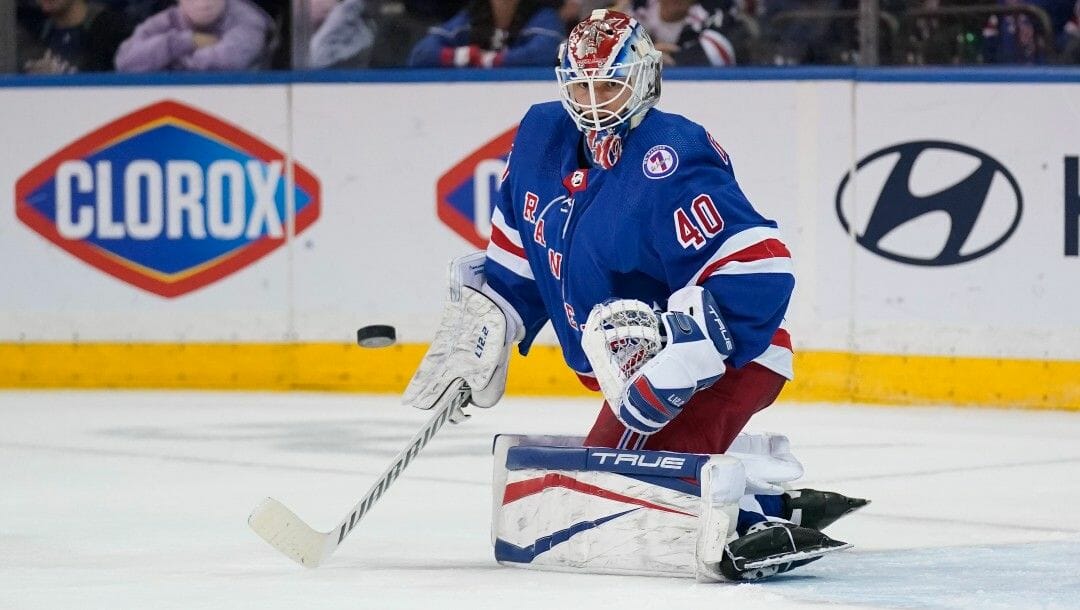 With the NHL regular season nearing its end, some games have more importance related to NHL playoff odds and the standings than others.

The New York Rangers taking on the Detroit Red Wings is one of those games that does.

The Rangers are riding high after knocking off the Penguins Tuesday night, surpassing them in the Metropolitan Division standings.

However, they may have set themselves up for failure as they head into their matchup against the Red Wings on Wednesday. The ice hockey betting market could be overreacting to the most recent results from both sides, leaving an edge in backing the underdogs.

Read below to find out more about this Original Six contest, including an NHL betting pick.

Analytically, the Rangers are not a good team.

However, they can’t continue to get outplayed and still come on top. The Rangers may have misplayed their analytics cards in advance of their meeting with the Red Wings on Wednesday.

In the first game of the back-to-back, New York elected to start their primary goalie, Igor Shesterkin, leaving Alexandar Georgiev to backstop them on Wednesday.

There’s a substantial drop-off in quality between Shesterkin, who has posted a 2.11 goals-against average and 93.6% save percentage, compared to Georgiev’s 3.08 and 89.4% stats. That could be the difference for the Rangers as they try to subdue a Detroit attack primed for a breakout performance.

The Red Wings had a tough time their last time out, getting handed an 11-2 drubbing by the Penguins, which was their third straight loss.

What’s not reflected in those outcomes is Detroit’s improved performance. In three of their past four games, the Wings have outplayed their opponents but have recorded just one win over that span.

They have the seventh-worst PDO at five-on-five and the fourth-worst across all strengths, indicators that the Red Wings are progression candidates.

Detroit’s metrics support that they are due for more victories, which could start tonight against the Rangers.

New York has a few factors working against them, suggesting that the price is too high. There’s an edge on the Red Wings that isn’t worth passing up.