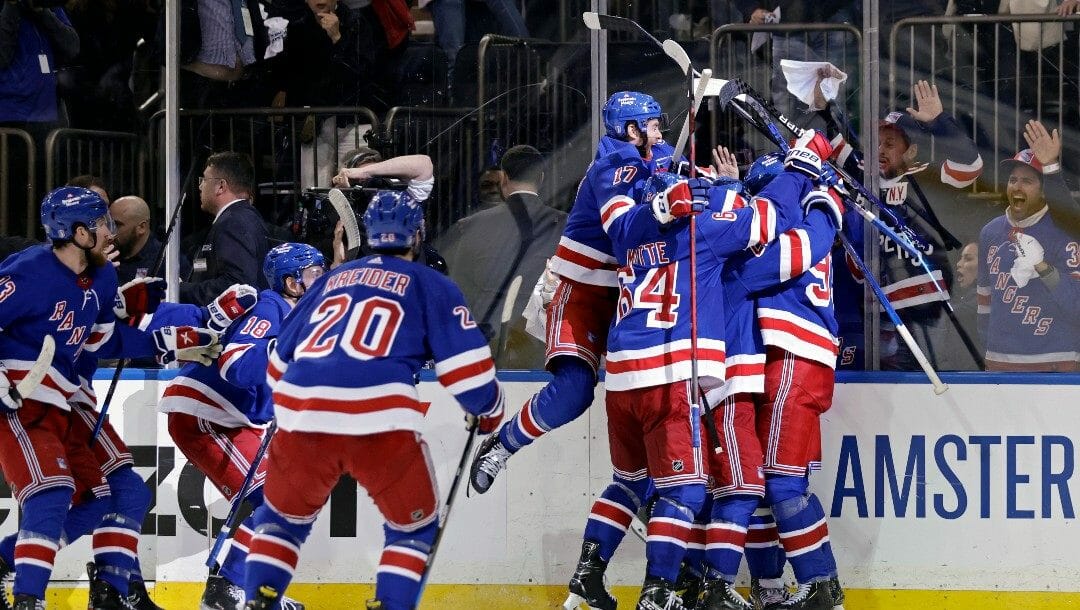 The New York Rangers have garnered a lot of attention in the NHL betting market throughout the start of the Stanley Cup Playoffs.

Is the public being smart in their allocation of interest towards the Rangers in the Eastern Conference?

After seeing what Carey Price and the Montreal Canadiens did in last year’s Cinderella run, it’s certainly feasible that many believed Igor Shesterkin and the Rangers could follow in those footsteps.

Shesterkin looked shaky at times in Round 1 of the playoffs against the Pittsburgh Penguins, but there’s a good enough argument to be made that that was due to the defense in front of him.

The Rangers avoided elimination against Pittsburgh after falling behind 3-1 in the series and clinched the Round 1 victory in overtime thanks to an Artemi Panarin game-winner.

Things won’t get easier for New York as they now get to face off with the Metropolitan division winners, the Carolina Hurricanes.

Carolina boasts one of the strongest defensive teams in the NHL and that’s not going to be an easy task for a Rangers squad that saw some of their top forwards get shut down early in their series with Pittsburgh.

The Eastern Conference was relatively wide open to start the postseason, with all eight teams recording over 100 points during the regular season, which isn’t something you see every year.

At face value, you would think that would cause for a more spread out approach in terms of where the tickets and handle percentage were going, which might explain why a middle of the pack playoff team in the Rangers (tied for fourth-most points in the East) drew a lot of interest from the betting public.

New York owns the highest ticket and handle percentages in the Eastern Conference, where they boast 24.3% of tickets and 27.8% of the handle.

The Rangers open Round 2 with the worst NHL odds to represent the East in the Stanley Cup Final, where they sit at +600, which is double the price of Tampa Bay, who are in second-last at +300.

New York may very well be a good team, but it’s hard to make the case for them finding a way past Carolina and then follow that up by defeating either Tampa Bay or Florida.

With that in mind, don’t buy into the hype of the Rangers, find another Eastern Conference team to back.

Below you can find the prices for each team remaining team to win the Eastern Conference.