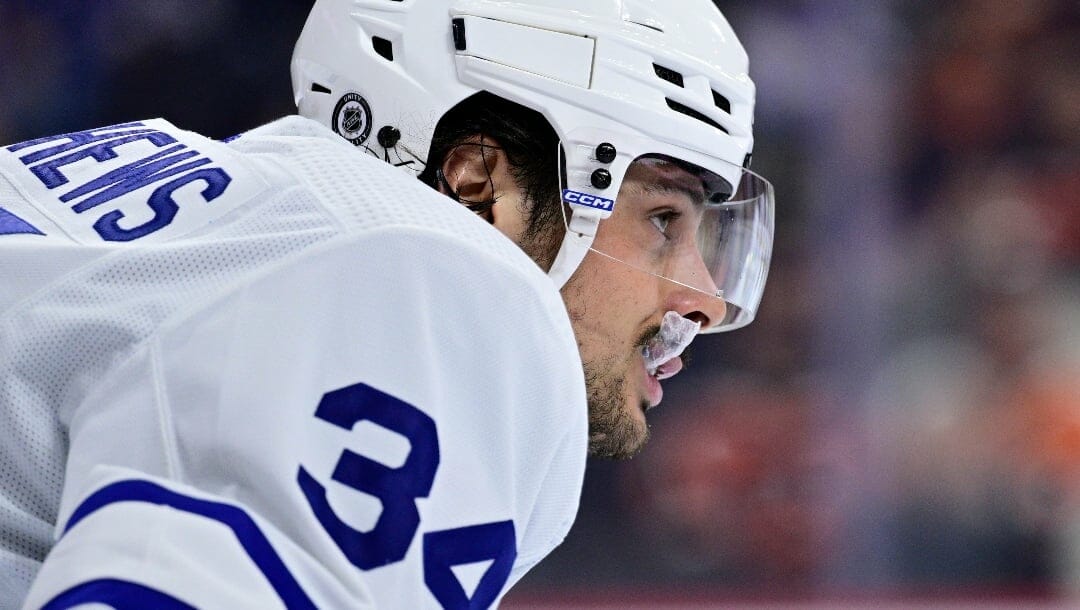 It has been a historic season for Toronto Maple Leafs forward Auston Matthews. Last week saw the 24-year-old sniper set the Toronto single-season goals record with his 55th surpassing Rick Vaive’s mark of 54 back in 1981-82.

Currently sitting on 58 goals and 101 points, where does Matthews’ season rank among the greatest in franchise history?

Vaive finished with 54 tallies that year and though Toronto failed to qualify for the playoffs, it shouldn’t diminish what was indeed a milestone achievement.

While Vaive might have been the first Leaf to join the 50-goal club, Hall of Famer Darryl Sittler was the team’s first-ever 100-point scorer.

Sittler reached the coveted total in 1975-76, notching 41 goals and 59 assists in 79 games. The then 26-year-old recorded four hat tricks that year, including two games with five or more goals. But that wasn’t even his best season…

Only five times has a Toronto player tallied 100 or more points in a season – Sittler managed to do it twice. T

wo years removed from his first 100-point campaign, the former captain topped himself in 1977-78, finishing with 45 goals, 72 assists, and 117 points. Sittler’s 117 points ranked third in the NHL that season, trailing only Bryan Trottier (123) of the Islanders and Montreal’s Guy Lafleur (132).

Through 69 games, the former first-overall pick has amassed an incredible 58 goals and 101 points, becoming just the third player in franchise history to reach the 100-point plateau. With seven games remaining, Matthews has a realistic shot of hitting the 60-goal mark – something only two players have done since 1995-96 (Alexander Ovechkin & Steven Stamkos).

Even if Toronto fails to once again make it out of the first round of the playoffs, Matthews’ season is one for the ages.

While some of you may think I’m crazy for not anointing Matthews number one, there is a strong argument that Doug Gilmour’s 1992-93 performance is still the greatest individual season in franchise history.

Sure, he didn’t score 50 or even 40 goals, but Gilmour still managed to put up a remarkable 127 points – the most ever by any Leafs player.

He carried that momentum into the postseason, tallying 35 points in 21 games, before falling to Wayne Gretzky and the Los Angeles Kings in Game 7 of the Clarence Campbell Conference Final. Matthews may ultimately nab the number one spot if the Buds go on a lengthy playoff run, but right now, Gilmour is my guy.