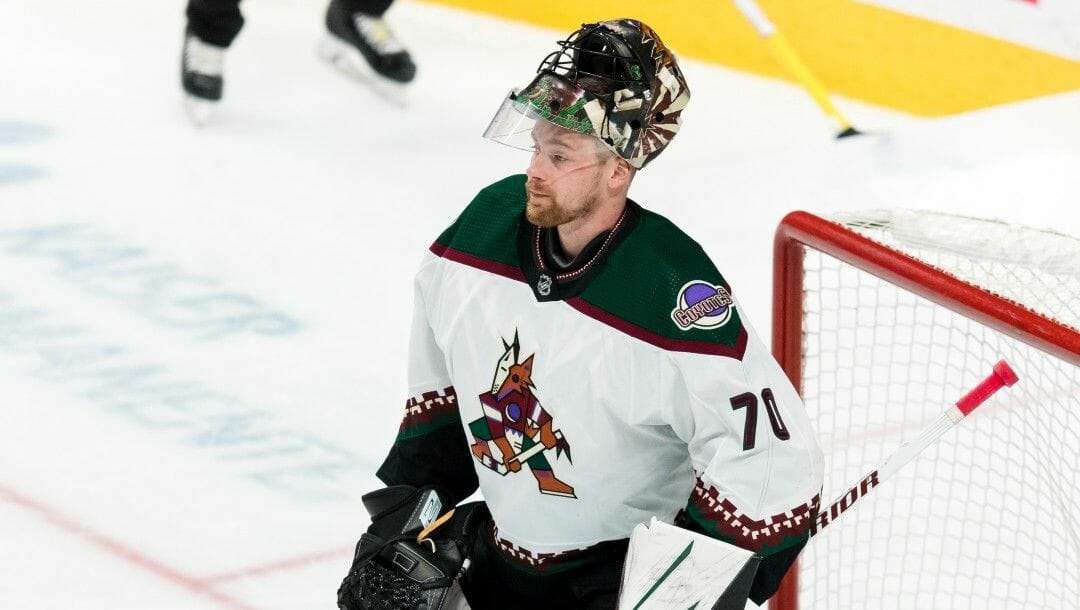 There are six NHL games scheduled for Wednesday, which gives a few chances at some ice hockey betting.

Neither the San Jose Sharks nor the Arizona Coyotes have a legitimate shot at the postseason — just look at their NHL playoff odds — but there are some pronounced differences between these clubs as we navigate towards the end of the regular season.

Those metrics don’t appear to be factored into the line leaving an edge towards one side on Wednesday night.

Read below for analysis and an NHL betting pick for this Western Conference matchup.

Lately, the competition level on the Coyotes has been non-existent. Arizona has been outplayed in 10 straight games, but it’s more than that — it’s also how bad they’ve looked along the way.

The Desert Dogs are struggling on both ends of the ice.

Only once over that 10-game sample have they had more than nine high-danger chances. Conversely, they’ve allowed 10 or more quality opportunities in nine of their last 10 games, getting out-chanced 133-58.

San Jose has looked much better over their recent stretch, winning three of their past four matchups.

More importantly, they have the metrics to support ongoing success. The Sharks have outplayed their opponents in all three of their victories, posting a cumulative 51.6% expected goals-for rating, above their season-long percentage of 47.3%.

Part of the Sharks’ success relates to their improved defensive structure, which will help keep the Coyotes’ offense suppressed.

Six of their past seven opponents have been held to nine or fewer high-danger chances, while four have been limited to 18 or fewer scoring opportunities. However, only twice over that seven-game sample have their opponents been held to fewer than three goals.

The analytics support that the Sharks are the team to back, but that confidence is not yet reflected in the price. That leaves an edge in backing San Jose to continue their improved play against the Coyotes.