Stanley Cup Betting: Time to Back the Calgary Flames 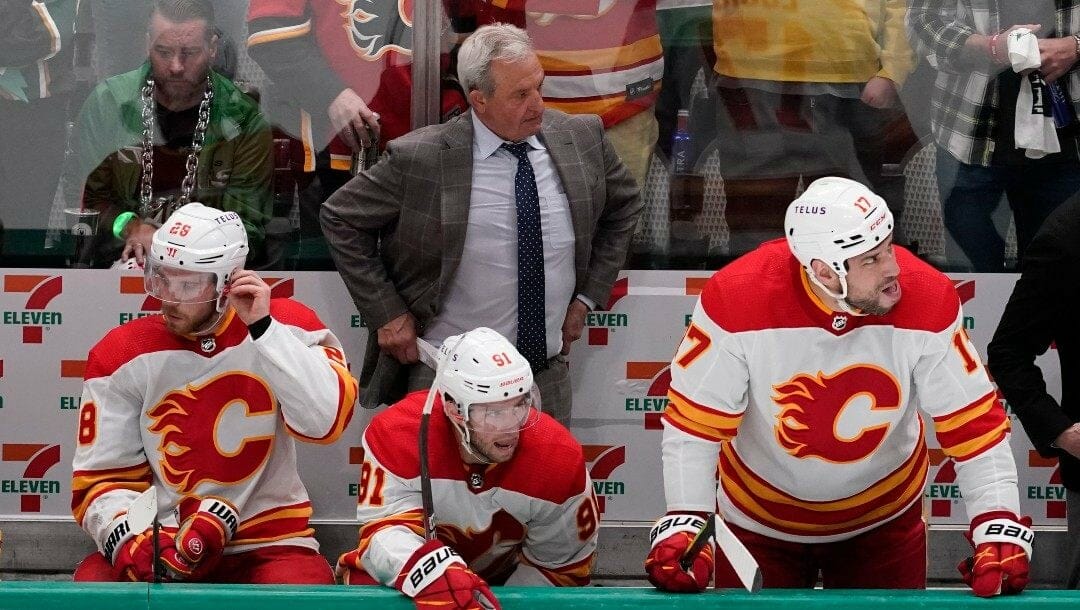 The Calgary Flames, who have fallen from third to fourth favorites, are the best Stanley Cup betting futures choice for a multitude of reasons.

While all three aforementioned favorites are strong futures considerations, there’s a few primary reasons why the smart money sides with the Flames.

A Team Built for the Playoffs

General manager Brad Treliving deserves boundless plaudits for the team he has built in Calgary. The Flames have all the qualities required to win a Stanley Cup, namely toughness, speed, skill, depth, standout goaltending and a battle-hardened, experienced bench boss.

Their first line, made up of Johnny Gaudreau, Matthew Tkachuk and Elias Lindholm, was the NHL’s most productive unit in the regular season. There were, however, countless questions from pundits and fans whether they, particularly Gaudreau, could perform in the playoffs, when it matters most.

It would be entirely premature and presumptuous, as the Flames are just a single game into the second round, to say the first line will excel throughout the playoffs.

But the initial signs are extremely positive. Gaudreau is fourth in playoff scoring with 11 points, while Tkachuk has nine and Lindholm has seven.

More importantly, though, is how the trio tallied those points.

Gaudreau’s first of the playoffs was scored on a penalty shot in Game 5 against Dallas, the eventual game-winner. It was his first playoff game-winning goal. He trumped that by scoring the overtime winner in Game 7, a series-winning goal few have the unparalleled joy of experiencing.

He followed up that historic performance with three points in the opener against the Oilers, thus far proving throngs of naysayers wrong.

Tkachuk, who was admittedly quiet in the first round, made his presence felt at the opportune moment, like all elite players do. He scored the equalizer in Game 7, forcing overtime. That crucial goal galvanized the 24-year-old, stirring his mojo abruptly into action.

In Game 1 against the Oilers, Tkachuk bagged a hat trick, the first Flame to do so in the playoffs since Theo Fleury achieved the feat against the Sharks in 1995.

Aside from their formidable first unit, the Flames added influential and experienced depth to their roster in the form of Stanley Cup champions. Treliving acquired Blake Coleman, who was instrumental in both of Tampa’s Stanley Cup triumphs, Trevor Lewis and Tyler Toffoli, both of whom won it all with the Kings.

The additions of goaltender Jacob Markstrom and bench boss Darryl Sutter completed Calgary’s complex playoff puzzle. Markstrom is the finished article, which he showcased against Dallas in the first round on the back of a sensational regular season.

And then there’s Sutter, who won two Stanley Cups with Los Angeles in 2012 and 2014 and also coached Toffoli and Lewis during the Kings’ golden years. He was the man orchestrating proceedings the last time the Flames reached the Stanley Cup Final, in 2004 when Tampa Bay prevailed in seven games.

Eighteen years later, Sutter has the same playoff-hockey genius but is much older, wiser and two Stanley Cups better off. With unfinished business in Calgary, Sutter looks to achieve what escaped him all those years ago.

The Flames Can Win Every Way

Whether ensnared in a tight-checking, smothering style like Dallas inflicted in the first round or, akin to Game 1 against the Oilers, opening it up for a run-and-gun shootout, the Flames can win every which way.

With the best defensive record through the first round (2.00 goals against average) and the third best in the regular season (2.51 GAA), the Flames are not only accustomed to but confident in hotly contested, low-scoring encounters.

But they can also run up the score, evinced by their sixth-best goals-per-game output in the regular season. They also won the second most games by three goals or more.

The Stars came within a goal of upsetting the high-powered Flames. It was a near-fatal experience the Flames can harness and use to motivate, inspire and unify.

Prevailing in the face of stiff adversity is a rite of passage for Stanley Cup-winning teams. The Flames can certainly check the stiff-adversity box after the harrowing, yet altogether beneficial first-round test.

If they can play to their strengths, get Chris Tanev back from injury and avoid further setbacks to key players, the Flames have all the parts required for a long, fruitful playoff run.

Wouldn’t it be something if the Flames and Lightning, in a rematch of 2004, meet in the Stanley Cup Final? Even though he’d never admit it, I’m sure that very thought has crossed Sutter’s mind.

Whether it’s the Lightning, Oilers, Avs or another elite team standing in their way, now’s the time, before their NHL playoff odds shorten, to back the Flames to win it all for the first time since 1989.