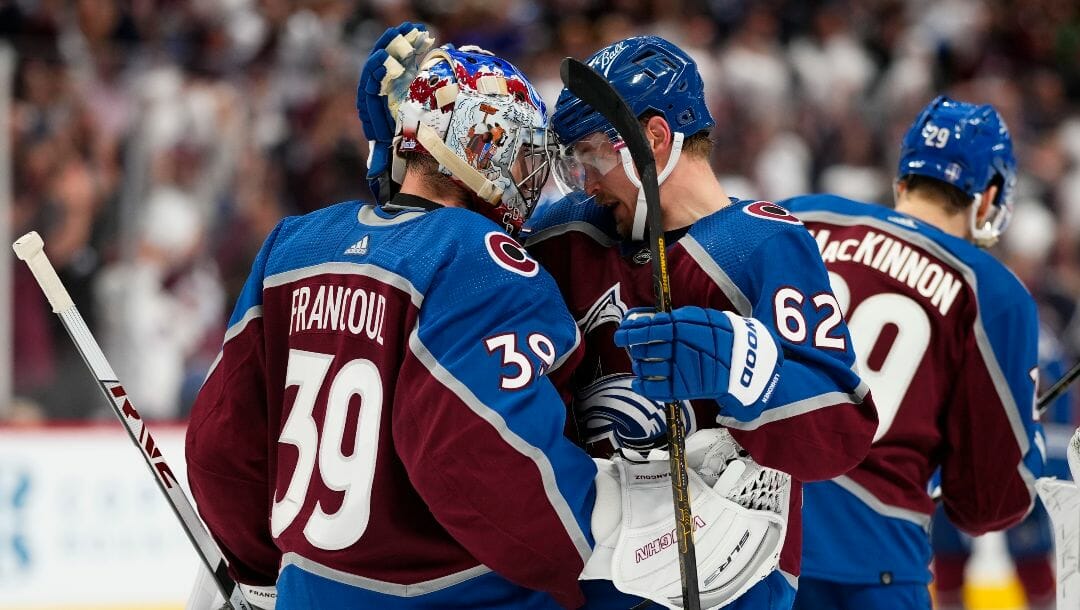 The NHL betting odds said this was the most probable outcome, but few could have expected it to come so easily.

The Colorado Avalanche have secured their bid in the Stanley Cup Final, dispatching the Edmonton Oilers 4-0 in the Western Conference Finals. Edmonton was hardly a blip on the radar. Colorado outscored their former division rivals 22-13, covering the puck line in all but one of their victories.

All three of their series wins have come convincingly.

The Avs skated past the Nashville Predators 4-0 in the opening round, with a similar 21-12 cumulative score. The St. Louis Blues offered the most resistance, forcing the Avalanche to a Game 6 in their Conference Semifinal matchup and kept things close throughout the series.

Colorado has outclassed their opponents throughout these playoffs, and that’s reflected in its advanced metrics. More importantly, the gambling community has noticed, sending the Avs Stanley Cup futures tumbling, as they lead ticket count and handle by a substantial margin.

The Cup is theirs to lose, and the Avalanche have the analytics to back up its standing in the futures market.

At the BetMGM online sportsbook, Colorado is far and away the leader in ticket count, representing 26% of wagers. The gap between them and the second-closest team is substantial, with the Tampa Bay Lightning on 9.6% of tickets. In addition, they have 32% of the handle. Next on the money list are the Lightning and Rangers, at 11.5% and 10.2%, respectively.

The Avalanche’s dominance isn’t limited to their position in the betting market, as they have the advanced metrics to warrant their top-tier rating.

Colorado controls the play on both ends of the ice, posting 55.3% high-danger and 57.7% Corsi ratings at five-on-five. Their metrics look even more impressive when factoring in their special team units, with the Avs high-danger rating jumping to 58%, dragging their expected goals-for percentage up to 60.9% across all strengths.

The scariest part of the Avalanche’s Stanley Cup run is the sustainability of their performances, with the team’s actual goals-for rating nearly identical to expected at 61.9% and their PDO close to average at 1.013.

Unlike its namesake, the Avalanche’s future price is expected to climb. Colorado will benefit from a home-ice advantage when the puck drops, and by sweeping the Oilers, they have given their key players plenty of time to get healthy.

It is time to join the masses in backing the Avs to win the Stanley Cup.