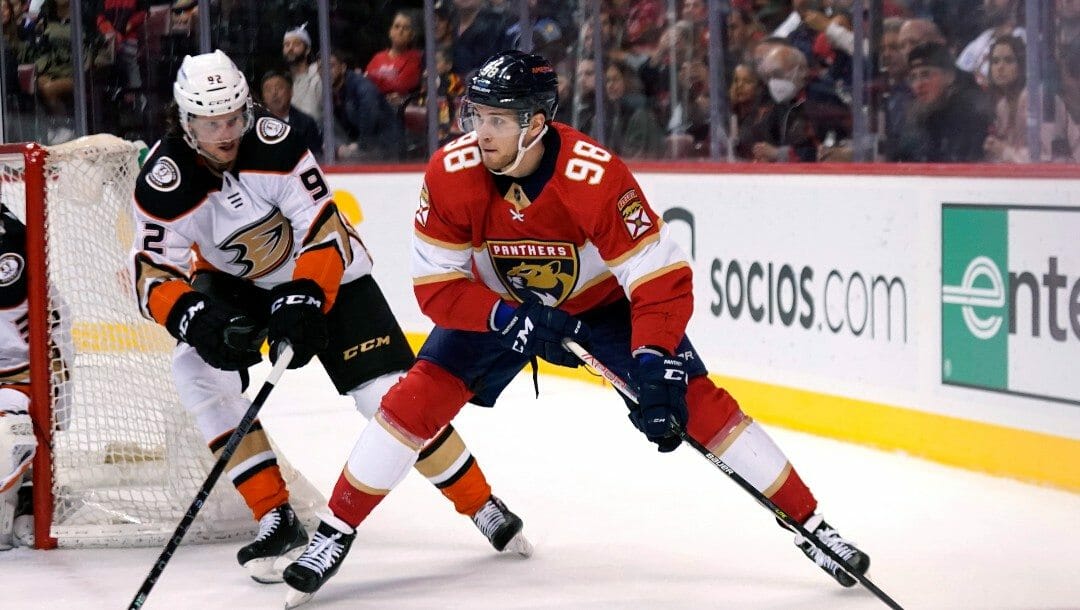 The Florida Panthers have the second-best Stanley Cup odds at +550. Battling with Colorado for Presidents’ Trophy honors, the Panthers are an Eastern Conference powerhouse worthy of its Stanley Cup favorite status.

Florida also has the most blowout victories, winning 27 games by three or more goals, level with Calgary, another team with excellent NHL playoff odds, atop that particular category.

Along with being led by Jonathan Huberdeau, the NHL’s second-highest scorer, Florida boasts the league’s best home record (31-6-0) and incredibly balanced scoring, with 10 players who have 40 or more points.

Amidst the myriad of superlatives that has Andrew Brunette’s team positioned as second favorites in terms of NHL betting odds, there are three reasons to proceed with caution when considering Florida as your futures pick.

3. One of Worst Defenses Among Playoff Teams

The Panthers, if the postseason started today, allow the second-most goals per game of the eight Eastern Conference playoff-bound teams. Only the Toronto Maple Leafs, 3.08 goals against per game, concede more than the Panthers, who allow 2.90 goals each contest.

A hallmark of most Stanley Cup champions is the ability to stop offenses and defend consistently well. The Panthers have relied on their explosive offense for large chunks of the season, a potentially troubling notion entering the time of year that typically favors defensively sound teams.

Florida’s 16th-ranked penalty kill is also an area of concern, albeit to a lesser extent. Their 79.1% efficiency ranks 10th of the 16 teams currently slated to qualify for the playoffs.

The Panthers have been in cruise control for extended periods of the season. Florida has won eight in a row, the second time they’ve gone on an eight-game winning streak this season.

You won’t see any team bemoaning the fact that they’re entering the playoffs riding a formidable hot streak. However, the Panthers haven’t really faced any adversity all season.

That should, albeit counterintuitively, concern people who are contemplating backing the Panthers as their futures pick.

Florida hasn’t relinquished the Atlantic Division lead since the end of January, running the table for the better part of two months. While a fantastic achievement, it makes you wonder whether they’ll be able to overcome the adversity they’re sure to face in the playoffs.

Stating the Florida Panthers have goaltending concerns, based on Sergei Bobrovsky’s outstanding 35-6-0 record, seems paradoxical. While a resoundingly impressive record, Bobrovsky’s high win total is in large part thanks to his team’s ability to score in bunches.

Florida’s top netminder is tied for the second-most wins (35), just one shy of Juuse Saros’ 36. However, the 33-year-old netminder’s subpar .911 save percentage ranks 16th among netminders who’ve made at least 40 starts.

It’s not only his regular-season form that should worry would-be Florida backers. In 12 NHL seasons, Bobrovsky has only won a single playoff series. In his defense, that sole series triumph, when he was a member of the Columbus Blue Jackets, came in the most improbable fashion, via a sweep against the top-seeded Tampa Bay Lightning in the first round of the 2018-19 playoffs.

While that was unquestionably a memorable week for Bobrovsky, his overall 13-23 playoff record offers another reason to proceed with caution where the Panthers’ Stanley Cup chances are concerned.

Spencer Knight, with a 17-8-3 record and .906 save percentage, has enjoyed a consistent first full season as Bobrovsky’s understudy but is not ready to take the reins in Game 1 of the Stanley Cup playoffs.

So the Panthers’ fate rests firmly on Bobrovsky’s shoulders, a rather unnerving proposition.