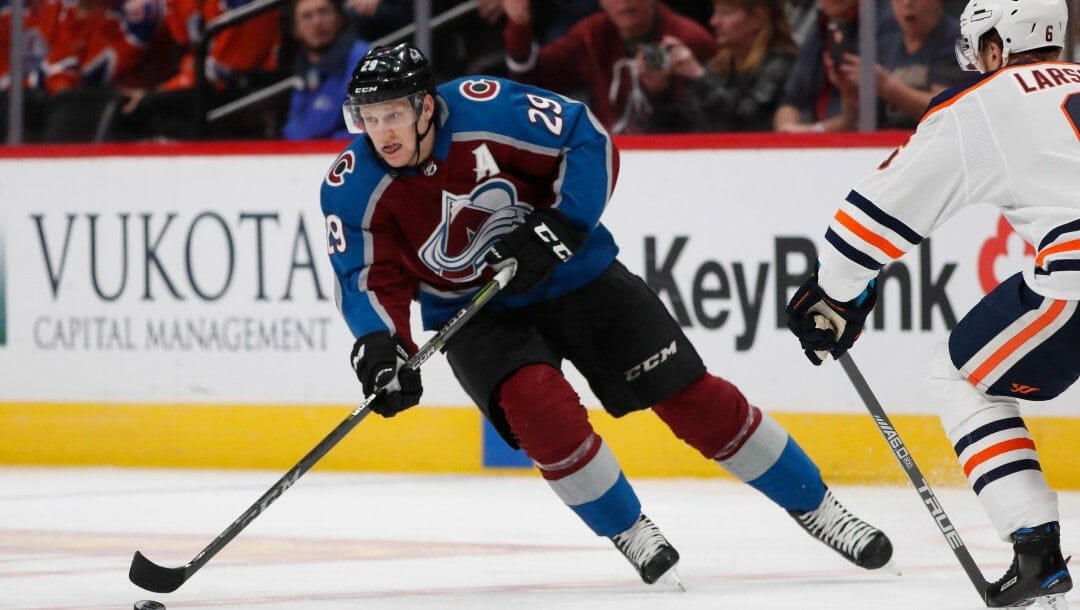 As the NHL playoffs inch ever closer, a number of teams are deserving of Stanley Cup futures consideration.

Some, like the Tampa Bay Lightning (+1000), Florida Panthers (+550) and Carolina Hurricanes (+1000), are strong contenders with enticing NHL playoff odds.

While making a case to back any of the aforementioned teams would be relatively straightforward, there are three other NHL teams more deserving when it comes to Stanley Cup betting.

Ordered from least to most likely to win the Stanley Cup along with their respective odds, these three teams are the best futures selections.

There are numerous stigmas attached to the Maple Leafs, which might prevent you from backing them to win Lord Stanley. Don’t let history dictate your decision on this one, though.

Toronto hasn’t won a playoff series since beating the Ottawa Senators in 2004, but this version of the Maple Leafs feels different. I’m sure you’ve heard that before, but here’s why Toronto will finally turn over a new leaf.

First and foremost, they have Austin Matthews, a player who seemingly scores at will and is the odds-on favorite to win the NHL’s Hart Trophy. Yes, the playoffs are an entirely different beast but surely Matthews will use the sour taste of defeat from previous heart-breaking playoffs as added inspiration.

🚨 HISTORY 🚨 Austin Matthews becomes the 6th player ALL TIME to record 50 goals in 50 games with his 56th goal of the season #LeafsForever 1-0 Leafs pic.twitter.com/AMSX6VjKoE

Some will say if you stop Matthews and linemate Mitch Marner, you stop the Leafs. That’s no longer the case.

The Leafs will probably have to go through either the Tampa Bay Lightning or Boston Bruins on their way to the Stanley Cup Final.

Both the Lightning and Bruins have had Toronto’s number in recent years, but character additions like Mark Giordano will strengthen the blueline while adding an integral leadership presence both on and off the ice.

Goaltending is still an area of concern for the Maple Leafs, who will rely on Jack Campbell to lift his team to playoff supremacy.

Campbell, if he doesn’t get rattled, maintains a high level of confidence and gets the support he needs, has the ability to backstop the Leafs all the way to the show.

The Colorado Avalanche are the best team in the Western Conference.

Formidably stacked at all positions, the Avs have an excellent group of defensemen and are equipped with an offensive arsenal, led by Nathan MacKinnon, to upend any team.

The Avs are favorites, with NHL playoff odds of +350, to win the Stanley Cup.

However, Colorado needs a few things to fall into place if they are to win it all for the first time since 2001.

The last time a Presidents’ Trophy recipient won the Stanley Cup was in 2012-13, when the Blackhawks triumphed. It might be an idea for the Avs to forfeit that meaningless honor to Florida, paving a clear path for Colorado’s meeting with destiny.

The second crucial element in a prospective Avs’ Cup-winning run depends on their captain’s health.

Gabriel Landeskog, who has been out since undergoing surgery on his knee in mid-March, is the heart and soul of the team. He contributes consistently offensively but is more valuable for his leadership presence.

If he returns for the playoffs and quickly gets back to his pre-injury form, the Avs have every chance of winning it all.

If the Calgary Flames get back to full health and don’t incur additional injuries to any pivotal players, they are the team your futures money should go on.

With NHL playoff odds currently at +900 to win it all, the Flames are destined to win their first Stanley Cup since 1989.

The Flames have the deepest squad of all contenders, the best netminder in Jacob Markstrom, who is among the favorites to win the Vezina Trophy, the most lethal first line in the league (Johnny Gaudreau, Elias Lindholm, Matthew Tkachuk), and a coach, Darryl Sutter, with a point to prove since his return to the city after leading Calgary to the 2004 finals.

The Flames – at the time of writing – average the sixth-most goals per game (3.49) and average the second-fewest goals against (2.46).

So long as they stay the course and continue to play the intense, high-octane brand of hockey their identity is based on, Calgary is where the smart money lies.