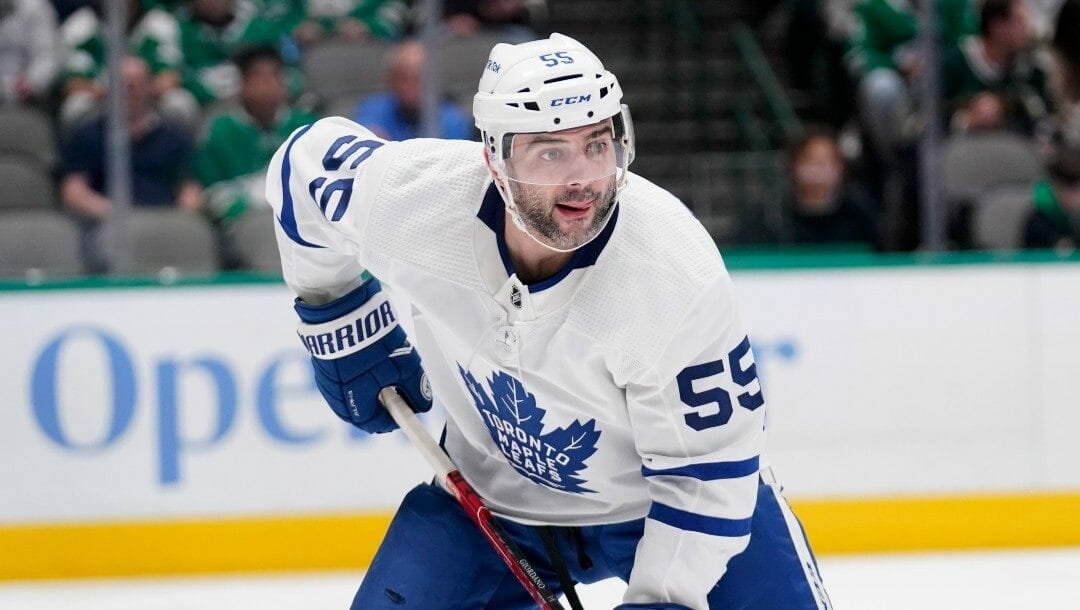 There are so many options when it comes to NHL betting in the Stanley Cup playoffs.

One of those is betting on which divisions will be represented in the Stanley Cup Final.

The Atlantic and Pacific Divisions will each have one representative in the Stanley Cup Final is a sound futures pick that offers NHL odds of +300.

Every division in the NHL has at least one, usually two legitimate Stanley Cup contenders, so it’s important to select a division with the highest concentration of probable winners.

This year, that’s the Atlantic Division.

Why Eastern Conference Will Be Represented By An Atlantic Division Team

The Atlantic Division is the only division in the NHL in which all four playoff participants are bonafide Stanley Cup contenders, reflected by its team’s respective NHL playoff odds.

The Panthers are the second favorites at +550, the Tampa Bay Lightning and Toronto Maple Leafs are fourth at +1000, and the Boston Bruins are seventh at +1600.

The prospect of an Atlantic team winning the Stanley Cup currently comes with NHL playoff odds of +175, another futures bet worth considering.

Florida, which is battling with Colorado for the Presidents’ Trophy, is looking to snap their recent playoff demons.

The Maple Leafs, after three successive first-round series defeats, are just as eager to prove they can perform when it matters most.

Their top players – Austin Matthews, Mitch Marner, William Nylander, Morgan Rielly – have played in Toronto together since the 2016-17 season and know they won’t have many more opportunities as a collective if they haven’t learned from past failures.

To go along with those intangibles, the Maple Leafs have the league’s fifth and seventh top scores in Matthews and Marner, the NHL’s best power-play (27.7%), the second most prolific offense (3.87 goals per game) behind divisional foes Florida (4.17 goals per game) and the third-best home record (29-8-2), again just slightly inferior to second place Florida (32-6-0).

Tampa Bay is quietly positioning themselves to make another Cup run and Boston, while the least likely of the four Atlantic teams to come out of the East, have the ability to win it all if they go on a run.

The Central Division has a powerhouse – the Colorado Avalanche – and two teams, the Minnesota Wild and St. Louis Blues – that should be considered strong sleeper picks.

While Colorado is indisputably the favorite to represent the Western Conference in the Stanley Cup Final, the Pacific Division has two top-end Canadian teams that are picking up momentum like an Airbus A320 prior to liftoff.

Overall, the Flames are tied with the Rangers for the fourth-most regulation wins (42), have the sixth-most goals per game (3.55) and boast the league’s third stingiest defense, allowing an average of 2.48 goals each contest.

Calgary has the fifth-best penalty kill (84%) and the third and sixth top scorers in Johnny Gaudreau and Matthew Tkachuk, the former deserving of serious MVP consideration.

The Edmonton Oilers are also playing their best hockey at the most pivotal time.

Like their provincial rivals, Edmonton has also played at a consistently elite level in recent months. The Oilers have a 27-10-4 record, the third-best in the NHL since Jan. 22.

Only Colorado and Calgary have amassed more points in the last three months. With Connor McDavid and Leon Draisaitl, the first and fourth top scorers, leading the way, a deep playoff run is feasible, if not likely.

The Oilers also have the league’s third-best power-play (25.8%).

The top seven scorers in the NHL either play in the Atlantic or Pacific Division, further cementing their status as distinguished offensive divisions.

If the offensive powerhouses fail to reach their potential in the postseason, rest easy, as both the Atlantic, headlined by Boston’s fourth-best 2.67 GAA, and Pacific, led by Calgary’s ability to defend by committee, have more than enough defensive prowess to ensure each division has a representative in the Stanley Cup Final.