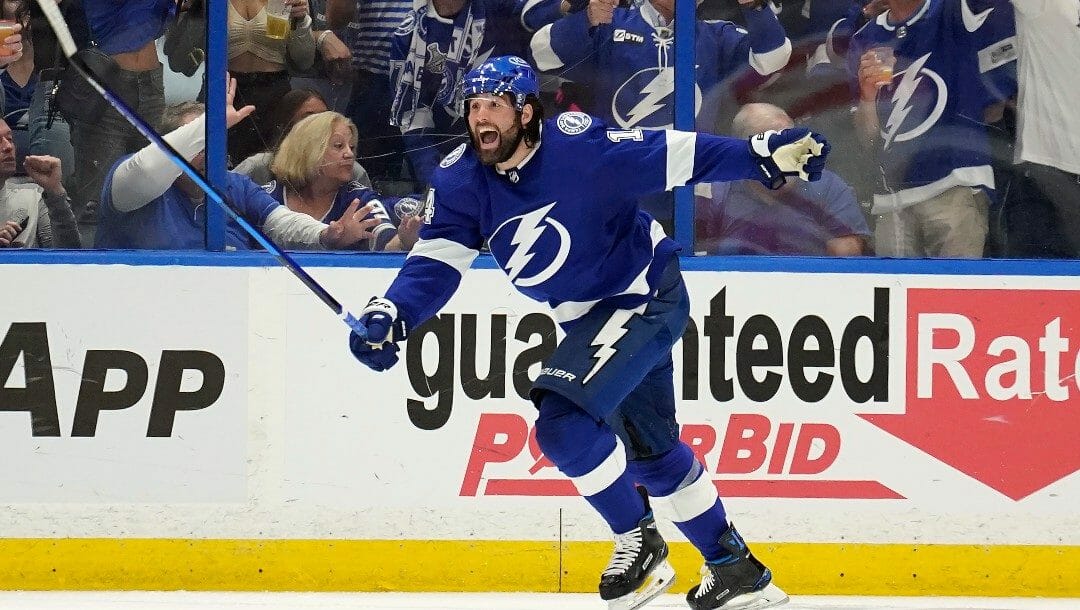 The Tampa Bay Lightning could potentially win a third straight Stanley Cup. Since its expansion in 1967, only two NHL teams have won in three consecutive years — the Montreal Canadiens between 1976-79 and the New York Islanders from 1980-83. Those teams won four in a row, but the field is larger now and much more talented.

Below, we’ll look at how the Stanley Cup odds have shifted for Tampa Bay and analyze how they stack up to the competition.

The Lightning’s most formidable challenge through two rounds was their first-round matchup with the Toronto Maple Leafs. Early in that series, it looked as though Toronto might be the team to beat in the East. However, the back-to-back champions didn’t wilt under pressure.

Tampa Bay leaned on their most significant advantage that they’ve gone through this all before.

They’re acutely aware of the obstacles a team has to overcome to win 16 games through four rounds of hockey. The Lightning never lost two games in a row against the Leafs, alternating wins and losses until the final deciding game. Andrei Vasilevskiy may have looked shaky early in round one, but he closed the door on Toronto in Game 7. The scare of an early exit had the Lightning’s NHL odds move from +750 going into the postseason to +1100 after the first round.

The second round was set to be an epic battle for the Sunshine State. However, the Lightning made short work of the Florida Panthers, sweeping them in four games.

The Panthers were the best offense in the NHL’s regular season, averaging 4.11 goals per game, however, Tampa Bay limited Florida to three goals over the entire series. It’s no wonder that their odds have improved to +260 after dispatching Florida.

Through 11 games, Vasilevskiy has settled in and looks near unbeatable.

His .932 save percentage trails only the eliminated Jake Oettinger and the injured Jordan Binnington. Vasilevskiy’s 2.22 GAA is higher than Oettinger, Binnington, and Antti Raanta’s but is still very good. Also, among that quartet, only Raanta has played near the number of games that Vasilevskiy has in these playoffs.

Offensively, Tampa Bay has received scoring from all four lines and unlikely sources. And the team’s big guns are still pulling their share of the load. Nikita Kucherov is tied for third in scoring with 15 points in 11 games. The top three point-getters are from the Oilers’ top line, Connor McDavid, Leon Draisaitl, and Evander Kane. Victor Hedman is third in scoring with two goals and ten points among defensemen.

The Lightning have spread their goal-scoring around so much that they don’t have any skaters in the top 10. The leading goal scorers on Tampa Bay are Ross Colton and Corey Perry, both with five, who play in the team’s bottom-six group of forwards.

The way these playoffs are shaping up for the Lightning, it looks as though the deeper they go, the stronger they will get.

Tampa Bay already knows what’s it like to swim in deep water, and they have the goaltending, talent, and grit to three-peat as Stanley Cup champions. Their third-round matchup will be with either the New York Rangers and the brick wall Igor Shesterkin or the Carolina Hurricanes and the best defense in the NHL.

Either way, the Lightning have the malleability to deal with both of them.