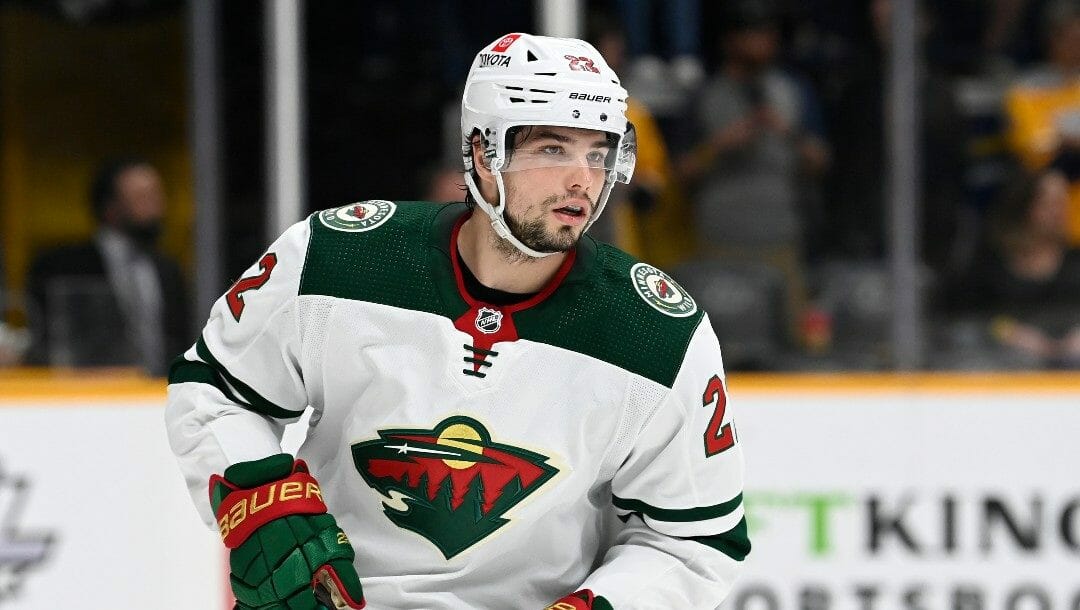 NHL playoff odds have the Minnesota Wild pegged at +1800, which is ninth in terms of favorites to win the Stanley Cup, so is the third hottest NHL team in the last 10 games worth your futures consideration?

The Wild are quite an enigma. Sneakily good in some respects, but also are brought swiftly back down to Earth by a few bewildering, seemingly incoherent trends.

Minnesota has 295 goals on the year, scoring at a 3.73 goals-per-game clip, the fifth-best in the league.

In addition, the Wild have 90 first-period goals, which are the fourth-most in the league to go along with the fifth-highest win percentage (.690) in the NHL. Dean Evason’s team is also formidable at the Xcel Energy Center, boasting the third-best home record (29-7-2).

According to Moneypuck.com, the Wild are fourth overall in NHL power rankings, which checks out when considering their recent unassailable 8-0-2 record.

Minnesota is also excellent in one-goal battles, winning 66% of closely contested games. That’s the sixth-best winning percentage in nip-and-tuck affairs, a historically strong indicator of a team’s ability to succeed in the playoffs.

However, this is not the same defensively stout and reliable Minnesota Wild team from yesteryear and, in some respects, they are fortunate to be where they are in current NHL betting lines, executing an unsustainable brand of opportunistic hockey.

With the 17th-ranked defense, conceding an average of 3.05 goals per game, the Wild’s defense is noticeably vulnerable.

To add to their defensive frailties, the Wild are also woeful on the penalty kill, ranked 27th with a 75.4% success rate.

Now for the perplexing side of Minnesota’s Dr. Jekyll and Mr. Hyde routine.

The Wild have the NHL’s fifth-most lethal attack despite the fact they’ve created only 125 high-danger shots, which ranks 23rd.

Their propensity to score in bundles is down to a discernibly opportunistic nature, underpinned by their second-best shooting percentage (10.13). That highly effective shooting percentage is a key contributing factor to their 200 five-on-five goals, the NHL’s third most.

Minnesota’s expected goals for total is only 157.5, almost 44 goals below their actual five-on-five total of 200. The Wild are scoring at a way higher rate than they should be based on mostly benign opportunities.

The fear is that Minnesota will be negatively impacted by an invariable regression, as maintaining a high shooting percentage on an inordinate amount of low-probability chances is an unsustainable model.

The Wild have allowed 102 high-danger shots, the second-fewest overall. Yet the team concedes more goals on average than every playoff team aside from Toronto and Edmonton.

Subpar goaltending is the main reason for the defensive paradox.

Cam Talbot was the Wild’s go-to netminder prior to the arrival of Marc-Andre Fleury. While Talbot was by no means the sole cause of Minnesota’s porous defense, he wasn’t the solution either.

Fleury, the three-time Stanley Cup winner, is 8-1-0 since arriving from Chicago.

The veteran netminder, with unwavering composure and a wealth of elite experience, assuredly galvanizes the Wild, instantaneously buoying the likelihood of playoff success.

But will he be enough for the Wild to pull off a minor miracle and win the Stanley Cup?

A few years ago, the answer would be an unequivocal yes.

The task at hand, though, will prove too much for an aging Fleury, who, even with his venerable credentials, won’t be able to paper over all of Minnesota’s confounding cracks.