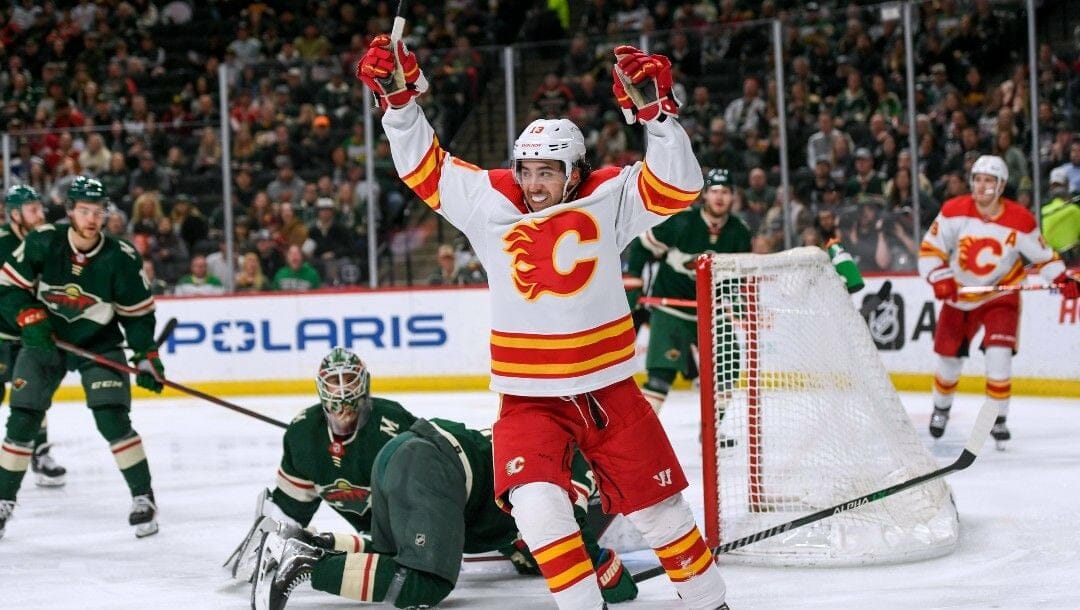 We are just days away from the start of the NHL’s postseason and that means it’s time to look at the current Stanley Cup odds, specifically North of the border, where a Canadian team has failed to take home hockey’s Holy Grail since the Montreal Canadiens managed to do so in 1993.

This year, only three of the seven Canadian teams will have that opportunity — the Calgary Flames, Toronto Maple Leafs, and the Edmonton Oilers.

How realistic is a Stanley Cup run for those clubs?

With NHL odds to win the Stanley Cup, +700, oddsmakers currently give the Flames the best shot of bringing Lord Stanley back to Canada. Calgary has been one of the league’s hottest teams in the year’s second half, en route to finishing first in the Pacific Division with 111 points and counting.

Offensively, the Flames are the first club since the 1995-96 Pittsburgh Penguins to feature four 35-plus goal scorers in Johnny Gaudreau, Elias Lindholm, Matthew Tkachuk, and Andrew Mangiapane.

Darryl Sutter’s group has also been one of the league’s elite squads defensively, allowing the third-fewest goals-per-game (2.51), largely thanks to the tremendous play of goaltender Jacob Markstrom (2.22 GAA, .922 SV%).

That type of balanced play makes Calgary poised for a deep playoff run.

Maple Leafs fans know the story by now – a tremendous regular season, only to fall short in the opening round.

Well, Toronto has once again looked like one of the league’s most dangerous teams, locking up the second spot in the Atlantic Division with 113 points (one game remaining), highlighted by Auston Matthews’s spectacular 60-goal campaign. However, the Leafs are set for a tough round one, with a matchup against either their nemesis, the Boston Bruins, or the defending Stanley Cup Champion Tampa Bay Lightning awaiting them.

That said, this feels like a situation where if Sheldon Keefe’s team can get the monkey off their back, then the sky is the limit.

Talent has certainly never been an issue.

Sitting second in the Pacific with 102 points, the Oilers return to the postseason for just the third time in the Connor McDavid era. It was a tale of two seasons in Edmonton, with the Oilers looking poised to miss the playoffs before a midseason coaching change lit a spark.

McDavid and Co. are 26-12 under new head coach Jay Woodcroft, giving fans hope that their team can finally make some noise when the games matter most.

Led by two of the league’s elite players in McDavid (123 points) and Leon Draisaitl (110 points), Edmonton can score with anyone. The biggest question remains goaltending, as Woodcroft will roll with 40-year-old Mike Smith for the team’s first-round matchup against the Los Angeles Kings.