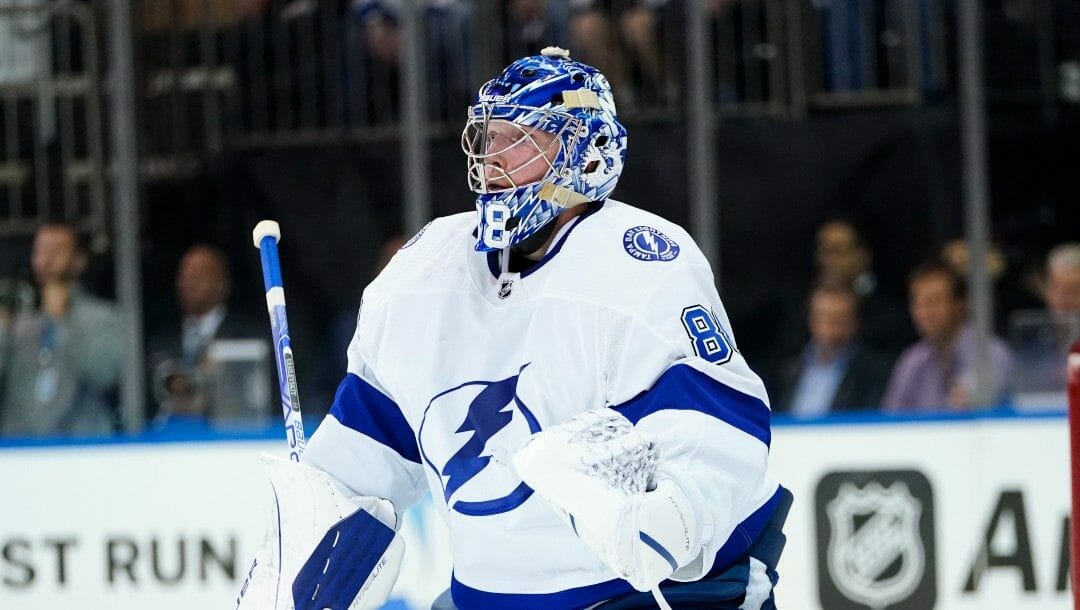 The back-to-back Stanley Cup champions, Tampa Bay Lightning, are set to defend their crown against the Colorado Avalanche, who have lost just two games en route to the Stanley Cup Final.

NHL betting lines have the Avalanche as -189 favorites to win their first Stanley Cup since 2001. According to NHL playoff odds, the Tampa Bay Lightning, who are attempting to accomplish what only two other franchises have since 1967, are +155 underdogs.

It’s a clash many have been dreaming of since the playoffs commenced, with the seemingly invincible Lightning poised to face the Avs, an unstoppable force that, after three successive years of heartbreak, finally earned the opportunity to dethrone the reigning champions.

The Stanley Cup Final also pits the best postseason home and away teams against each other.

Tampa set a franchise record of seven straight playoff wins on home ice when they eliminated the New York Rangers in Game 6. Jon Cooper’s team hasn’t lost at Amalie Arena since Game 3 of the first round against the Maple Leafs and are 7-1 on home ice going into the Final.

Since the start of the 2020-21 playoffs, the year following the infamous Covid-induced bubble postseason, the Lightning are 16-4 in their own barn.

It’s fitting, then, to see how the Lightning’s air of home invincibility will stack up against the Avs, who are an immaculate 7-0 on the road in the playoffs.

Patience is required to see how that particular matchup will pan out, as the first two games take place in the Mile High City.

How the Stanley Cup Will Be Decided

If any team can unseat the back-to-back Stanley Cup champions, it’s Jared Bednar’s dynamic, powerful and inspired Avalanche. Colorado prevailed in the face of stiff adversity against the St. Louis Blues, the precise tonic the hockey club needed after falling at the same second-round hurdle in three consecutive seasons.

Darren Helm’s goal against St. Louis with six seconds remaining in Game 6 represented immeasurably more than a series-defining moment. It vanquished the tortuous nightmares of past playoffs, concurrently instilling the squad with unparalleled belief and confidence.

Being labeled as favorites going into the Stanley Cup Final will be about as meaningful to Bednar’s men as winning the Presidents’ Trophy.

Though, thanks to an outstanding regular season and even better first three playoff rounds, the Avs definitely deserve their preferential status.

Colorado is the playoffs’ most prolific offensive team (4.62 goals-per-game), have swept two of three series, haven’t suffered defeat on the road, are an astonishingly impressive 6-1 when conceding the first goal, and own the fourth-best defensive record (2.86 goals against per game).

Earning favorites’ status against a team vying for their third straight Stanley Cup underscores the resounding greatness of this Avs team.

For all their outstanding qualities and impressive statistics, the Avs have yet to face an elite goaltender.

Juuse Saros, due to a late-season injury, wasn’t able to feature for Nashville in the first round and Jordan Binnington was forced out of the Blues lineup after suffering an injury early in Game 3.

Ville Husso performed admirably in Binnington’s absence, but the fresh-faced Finn, thanks to a palpable lack of playoff inexperience, can’t yet be considered an elite goaltender.

Mike Smith, despite his commendable effort and steadfast defiance, is an enigma whose perpetuating inconsistencies have prevented him from reaching superstar status.

The world’s best netminder gets better in more meaningful games and is arguably the most clutch goaltender in history. In his last eight series-clinching games, Vasilevskiy has six shutouts, saving 219 of 221 shots (.99 save percentage).

Only Frank Vatrano’s third-period goal in Game 6 of the Eastern Conference Final prevented Vasilevskiy from earning his seventh shutout in eight recent attempts.

Make no mistake, Vasilevskiy will be tested like never before against the Avs. The 27-year-old will have to be the best player of the series to ensure the Lightning achieve dynasty status.

While they certainly won’t rest on any laurels, facing Darcy Kuemper, who is fully fit for the final, won’t frighten a Lightning team that just got the better of Igor Shesterkin, the world’s second-best goaltender.

The underdog’s decisive advantage between the pipes combined with their unmatched ability to readily source new heroes will see Tampa win their third successive Stanley Cup, probably in seven games.