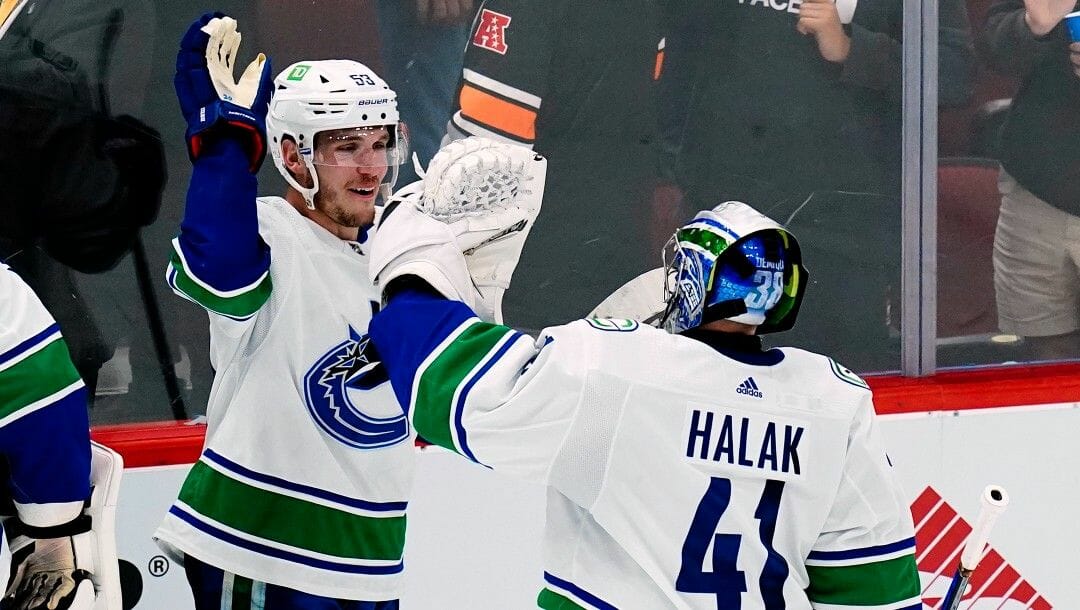 With only a few NHL regular-season games remaining, for teams in playoff contention, each game is very important.

Teams in the playoffs want to improve on their Stanley Cup odds, while teams currently on the outside looking in want to win every game they can to earn a spot in the postseason.

The Dallas Stars are tied for sixth in the West but only one point up on the eighth-place Los Angeles Kings and they need every win they can get to avoid a dreaded first-round matchup with the Colorado Avalanche. The Vancouver Canucks are currently 10th in the West, six points back of the Kings with seven games left in their season.

Below are a few NHL betting picks and analysis for the Monday night matchup between the Stars and Canucks.

The Stars have won three of their past four games, including a 2-1 win over the San Jose Sharks in their previous outing. In the second period, Michael Raffl had the game-winning goal, which came shorthanded.

Joe Pavelski leads Dallas in scoring with 27 goals and 47 assists with Jason Robertson right behind him with 36 goals and 34 assists.

Meanwhile, the Canucks have won five straight and are desperately trying to make the postseason.

They’re coming off a 7-1 beatdown of the Arizona Coyotes, where J.T. Miller had five assists to increase his team lead in scoring with 29 goals and 62 assists. The next closest Canuck is 31 points behind him. Vancouver will be without Bo Horvat due to a leg injury, but Brock Boeser could return after missing five games.

Dallas and Vancouver are statistically similar, with the Canucks having a slight advantage.

More importantly, Vancouver is more desperate for a win, and because of that, this game should have a playoff-type atmosphere, which I expect to be played pretty tight.