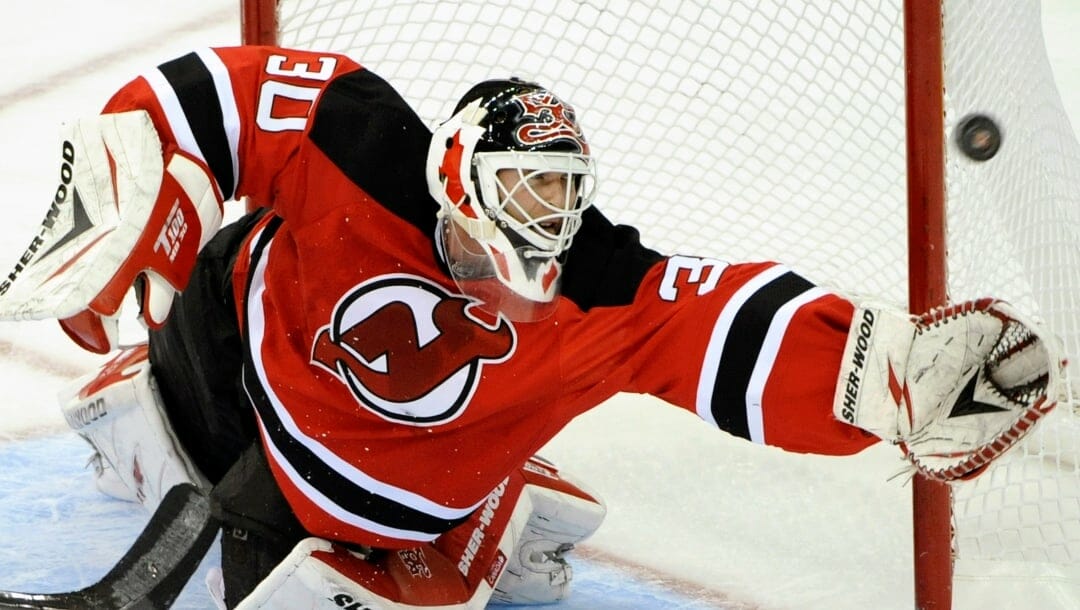 Only three netminders have won the Vezina Trophy in back-to-back seasons since 1980, putting into context what Igor Shesterkin is up against as he enters the 2022-23 campaign.

According to NHL odds, Shesterkin is the heavy favorite (+250) to win the 2022-23 Vezina Trophy. The Rangers’ ace will embark on his quest to become the first netminder to repeat as the Vezina winner since Martin Brodeur in 2007 and 2008.

The task at hand for Shesterkin is made more difficult by the stiff competition he’ll face when the puck drops on Oct. 7. While NHL betting lines favor Shesterkin, history certainly doesn’t.

Dominik Hasek and Patrick Roy join Brodeur as the only goaltenders who’ve won back-to-back Vezinas since 1980. Hasek and Brodeur accomplished the feat twice, illustrating their status as two of the all-time best netminders.

Of course, Roy, who won three Vezinas in four years from 1989-1992, deserves the same level of deference as the other two.

Roy won three Vezinas, two of which in 1989 and 1990, and all with Montreal. Roy’s 1988-89 campaign was closest to winning the Vezina and Stanley Cup in the same season. The Canadiens fell to the Calgary Flames in the 1989 Stanley Cup Final.

Roy’s name will forever belong in the best-of-all-time conversation. He won the Conn Smythe Trophy in Montreal as a 20-year-old in his first NHL season and is still the youngest player to secure the honor.

He is the only three-time Conn Smythe winner, as he led the Canadiens to the 1986 and 1993 Stanley Cup and, eight years later, repeated the accomplishment with the Colorado Avalanche.

The legendary netminder won four total Stanley Cups, two with Montreal and two with Colorado, reinforcing his claim as the best goaltender of all time.

Hasek won the Vezina six times in an eight-season span from 1994 to 2001. Only Jim Carey (1996) and Olaf Kolzig (2000) interrupted the Dominator’s unparalleled streak of consecutive Vezinas in the modern era. He won his first Vezina in 1994, his fourth NHL season, and second in Buffalo. Hasek secured another Vezina the following year, making it two in a row.

A Hasek three-peat followed Carey’s 2006 Vezina. The Dominator won the Vezina in 1997, 1998, and 1999, becoming the only goaltender since 1980 to win three straight. Kolzig prevented Hasek from winning four straight, but the Dominator would not be denied and won his sixth and final Vezina in 2001.

Hasek won all his Vezinas with the Buffalo Sabres and finished second all-time, one behind Jacques Plante. He is the only netminder who won the Vezina and Hart Trophy in the same season two years running.

Hasek had to leave Buffalo to win the Holy Grail, with the netminder’s two Stanley Cups coming in 2002 and 2008 as a member of the Red Wings. The Conn Smythe is the only individual honor missing from his otherwise chock-full trophy cabinet.

Brodeur single-handedly changed the face of the Devils franchise. But unlike Hasek and Roy, Brodeur didn’t win his first Vezina until his 11th NHL season.

As no hockey was played in 2004-05 due to the NHL lockout, Brodeur won the Vezina in four of five seasons. The Flames’ Mikka Kiprusoff, who won the acclaimed honor in 2006, prevented Brodeur from winning four straight.

His first 11 seasons without a Vezina certainly wasn’t a blight on the Hall of Famer’s resume, as Brodeur showcased his elite talent from the moment he debuted in the NHL. Brodeur won the Calder Trophy as the league’s best rookie in 1993-94, the only of the three lionized goaltenders on this list to win that honor.