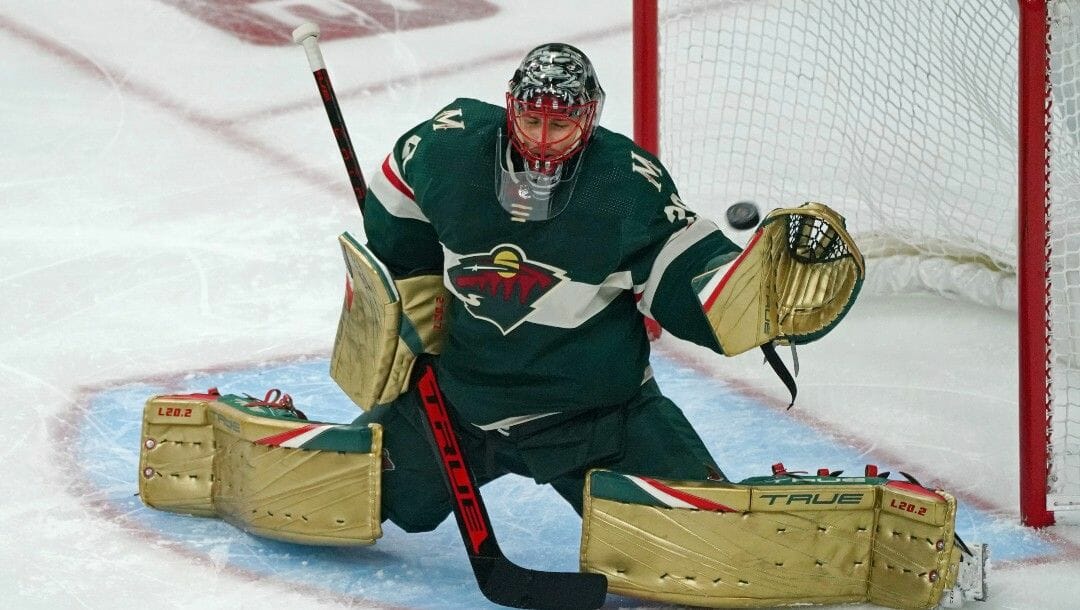 The Stanley Cup betting odds have changed quite a bit over the last few days.

The Minnesota Wild triumphantly showed that they aren’t rolling over in their series against the St. Louis Blues, shocking them with a 6-2 victory Wednesday night.

It was a much-needed effort after the Wild lost on home ice in Game 1; however, scoring chances were at a premium in Game 2 and both teams overachieved relative to production metrics. That should result in a lower-scoring Game 3 when the series shifts back to St. Louis.

Here are some NHL betting picks and analysis for Friday’s Game 3.

Defense remains a priority for Minnesota, who have locked down St. Louis’ offense to start this series. Through two games, the Wild have limited the Blues to a total of nine high-danger chances and 28 scoring opportunities five-on-five.

That is a continuation of their regular-season metrics in which they allowed the second-fewest scoring and quality chances. A sustained defensive structure will facilitate the Blues’ downward spiral.

St. Louis has overachieved relative to production metrics throughout the season when the Blues finished with the 19th-ranked expected goals-for percentage across all strengths, while they claimed the fifth-best actual rating. The difference between actual and projected, resulted in the highest PDO in the NHL, an indicator that regression is on the horizon.

Intuitively, it’s tempting to think that the Blues’ chances improve at home ice; however, their metrics are actually worse as the hosts than the visitors.

Across all strengths, the Blues posted the seventh-worst expected goals-for rating at home, compared to 12th-best as the visitors. St. Louis has been out-possessed, out-shot, and out-chanced, yet still managing the tenth-best points percentage thanks to inflated shooting and save percentages.

The Wild have a knack for grinding out wins on the road, leaning into their defense, and forcing games to overtime as they wear out their opponents, going to overtime in six of their past 10 games.

I am anticipating that to continue in Game 3, as they push the Blues to the periphery, limiting their quality scoring opportunities. Fans at the Enterprise Center should be in line for free hockey on Friday.

The Pick: 60-Minute Draw (Odds not yet available)