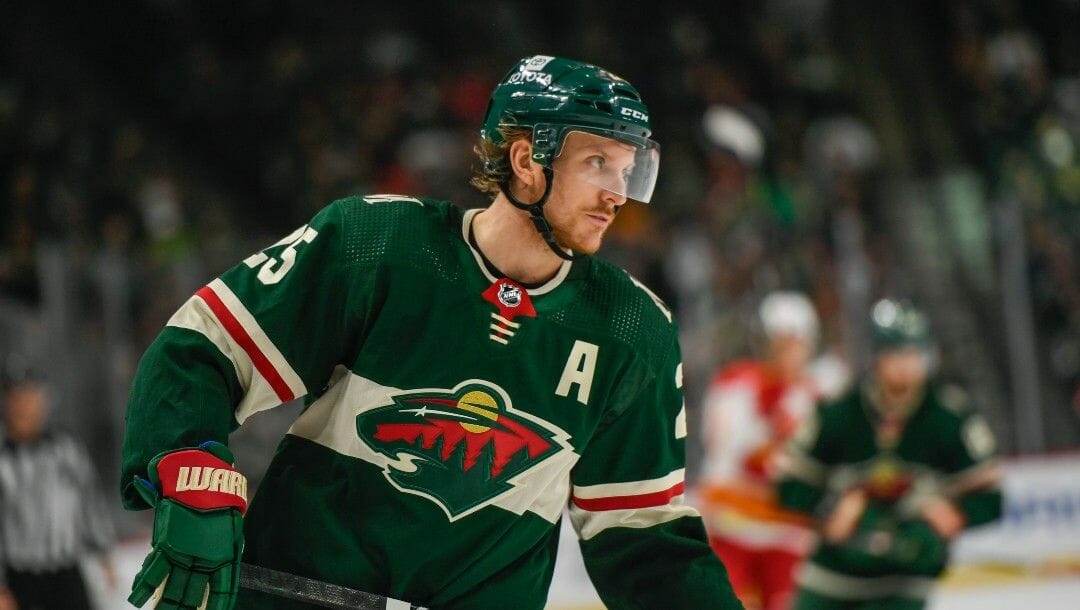 This season, the NHL’s Central Division was a bloodbath. Five teams claimed a playoff spot from the division and the Colorado Avalanche got a lot of credit for finishing the year with the best record.

Still, the Minnesota Wild finished just six points shy of the Avs for the division title, using an incredible late-season run to go from wild card hopefuls to a team with some pretty good Stanley Cup odds.

The difference was the acquisition of Marc-Andre Fleury, who helped Minnesota go on a 17-2-3 run since the trade deadline to move the Wild to second in the conference. The St. Louis Blues have a date with regression and the Wild will help facilitate that.

Since the trade deadline, the Wild have been one of the best teams in the NHL.

Minnesota has the fifth-best expected goals-for rating across that stretch, allowing the fewest high-danger and scoring chances per game at 7.0 and 18.0, respectively. Both metrics are improvements off their already stingy defensive zone coverage, as the Wild were allowing 18.8 scoring and 7.6 quality opportunities per game when transactions were halted. It’s clear that Minnesota got even better by landing Fleury.

The reigning Vezina Trophy winner has a proven playoff pedigree and is playing sound hockey behind the Wild’s iron curtain defense. Since joining the team, Fleury had a 91% save percentage with 1.1 goals saved above average in 11 games. Moreover, his 91.2% playoff save percentage, 2.53 goals-against average, and  90 wins in 160 postseason starts support that Fleury remains a difference-maker.

The Wild will turn to Fleury to help limit the St. Louis attack; however, the Blues are also at risk of regression.

Of the 16 playoff teams, only the New York Rangers finished the regular season with a worse expected goals-for rating than St. Louis. The Blues finished 23rd with a 47.2% rating, the tenth worst in the league. Still, they overachieved relative to their production metrics, claiming the eighth-best actual rating at 53.9% and elevating their PDO to an NHL-leading 1.024 at five-on-five.

Reconciling what the Blues accomplished with what they were expected to achieve implies that St. Louis is on the precipice of regression.

The Blues were coming unglued on both ends of the ice towards the end of the season. St. Louis allowed 10 or more high-danger chances in five of their last seven games, attempting more than seven on just two occasions. That negatively impacted goals-against with the Blues giving up 19 goals over their final four games of the season.

The betting market implies that this series will require the full seven games, but I suggest otherwise. Minnesota has a clear advantage and can dispatch the Blues quicker than anticipated.