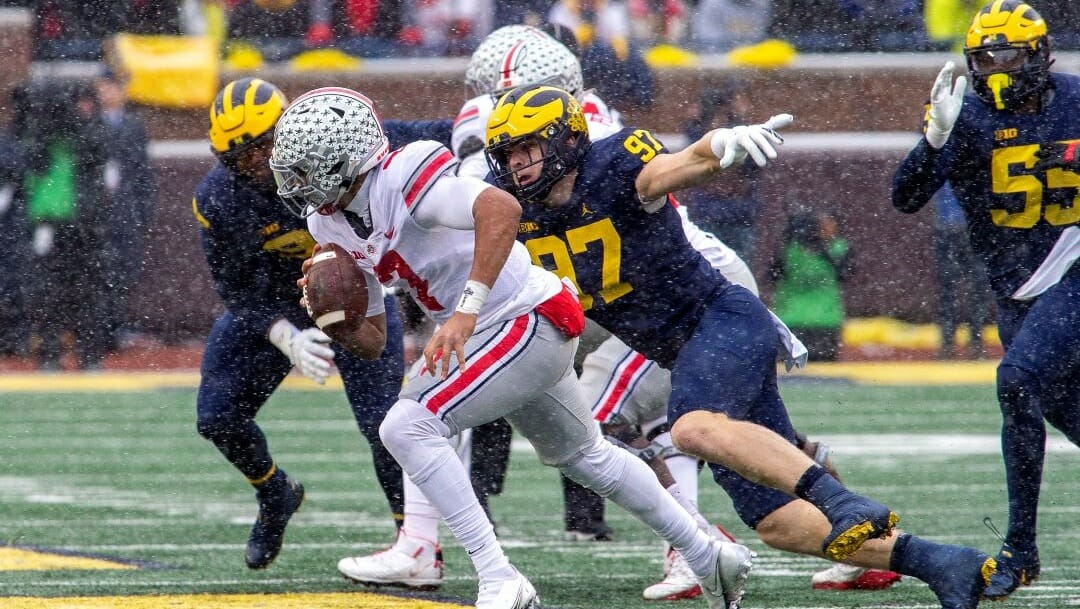 Here we go, guys. We finally made it. After four long months of arguments about college football odds and best vs. most deserving, we have two national semifinals in the 2021 College Football Playoff.

The entire college football world will be locked into Friday’s games, with the nightcap scheduled to kick off around 7:30 p.m. EST on ESPN. By then, there will be no more talk of college football playoff odds – it’ll be time for Georgia and Michigan’s elite defenses to go to work.

I felt the Alabama-Cincinnati game had a clear betting angle, and I feel the same about this semifinal as well. So let’s get into it.

Defense, defense, defense. That’s what everyone, including most members of the online sports betting community, is expecting from Friday night’s second semifinal between the Georgia Bulldogs and the Michigan Wolverines.

For Georgia’s part, the Bulldogs have assembled a generational defense, with virtually every starter on that side of the ball given some respect in the NFL draft odds marketplace.

There’s a reason the Bulldogs spent most of the season as the undisputed No. 1 team. They’re that good.

Or at least… they were. In this month’s SEC Championship game, Alabama’s offense did what virtually no team has been able to do all year: jump on top of Georgia’s defense.

It was 17-17 with two minutes before halftime when Alabama scored touchdowns on either side of the break. Bryce Young ran one into the end zone from 11 yards out, just 26 seconds before halftime. After the break, Young followed it up with a 55-yard strike to Jameson Williams within the first two minutes of the third quarter.

Georgia’s offense couldn’t quite get the Dawgs back in the game after that.

With the exception of the SEC Championship, though, game scripts have generally been an ally for Kirby Smart’s club this season. Georgia’s defense shuts down opposing offenses early and often, giving the Bulldogs’ offense plenty of short-field scoring opportunities. From there, they run the ball and run out the clock.

For Michigan to keep this game competitive, it needs to emulate Alabama’s early offensive success, keeping the pressure on Georgia for a full 60 minutes. And if it can’t do that, then Michigan’s defense at least needs to hold down a Georgia offense that isn’t known for its dynamic play.

How to Bet the Orange Bowl Semifinal: Georgia (-7.5) vs. Michigan

The consensus among the online sports betting community is pretty staggering. Most bettors are taking Michigan plus the points.

But there’s a saying among sharp bettors that you would be wise to keep in mind: “public dogs carry fleas.” In other words, any underdog that’s favored by public bettors – a square group that generally prefers to back chalky favorites – should be viewed with skepticism and caution.

If you take a deeper look at the numbers themselves, there are additional clues that Michigan is a dangerous underdog to back.

For one thing, there’s that money line breakdown. With more than 90 percent of tickets (and 89 percent of the overall money line handle) backing Michigan +240, the book has deep financial exposure on an outright Wolverines win.

Yet if the book feels endangered, why has the money line increased from its opening position of +230 to the current price of +240?

The point spread is another big clue. The book opened the number at +7.5, offering a full touchdown plus the hook to any public bettor who wants to back the Big Ten champion. And despite a deluge of tickets on Michigan, the line hasn’t budged toward the seven one bit. It actually went the other way, briefly touching +8 earlier this week before sharp buyback eased the line back to +7.5 (-115).

Public bettors are backing Michigan, but professionals like the favorite. That’s the reason this line has been so stationary.

I’m backing Georgia despite the tricky number. The profile of Friday’s second semifinal clearly shows Michigan as a square dog. Given the fact that both defenses will have a big advantage over the offenses they must face off against, I’d consider the under here, too.