Max Homa may already be known as one of the more colorful golfers on the PGA circuit, but this weekend he broadened his spectrum. The new hue is turning heads.

BetMGM ambassador Homa captured the Genesis Invitational on Sunday, edging out Tony Finau in a playoff. Afterward, he was presented the tournament championship trophy by none other than Tiger Woods. The golfing gods — or golfing odds — couldn’t have seen this coming.

The effort gave him the key to unlock professional golf’s padlocked gate: He is now in the world’s Top 50 (he’s No. 38 in the Official World Golf Ranking) and is eligible for a slew of big-time tournaments he wasn’t eligible for just a week ago. He finished No. 100 in the standings in 2020 and was No. 91 just a few days ago.

Homa is also No. 10 in the FedExCup Standings, up from the No. 79 spot just one week ago.

For the 30-year old American, it was very nearly a home-course advantage situation. He grew up close to Riviera Golf Course, where the tournament was played. He joked after the tournament that he spent more than a decade as a kid trying to get high-five acknowledgment from Woods — only to receive the tournament trophy from the golfing titan this weekend.

The tournament was Homa’s when he hit his top shot of the day on the 14th hole, challenging par 3. He hit a picture-perfect shot to set up his playoff win, while Finau had a much tougher go of it.

“It was obviously kind of a roller coaster to everybody else, but to me I was just continuing to play golf and fortunately I came out with a win,” Homa said after the victory. “I would have probably had a bad taste in my mouth had I not, but that’s golf. Golf is hard. I make it look especially hard at times.”

This weekend’s victory at the Genesis Invitational was Homa’s second career win on the PGA Tour. In 2019 he won the Wells Fargo Championship.

Homa is known for his sense of humor on social media. In 2017, he struggled on the PGA Tour and made only two cuts in 17 events and lost his tour card. He tweeted that numerous caddies had hit him up about employment because they heard they’d usually get weekends off. Since the 2017 low point, his career has blossomed, and he regained his PGA Tour card ahead of 2019.

Check out Homa’s odds for the Masters:

At BetMGM, we have up-to-the-minute golf odds, lines, and tips to ensure the best online betting experience. Don’t miss an opportunity to bet on golf lines, futures, and more at BetMGM.

Brian McLaughlin is a writer for BetMGM and co-host of BMac and Herd’s FCS Podcast. He has written for The Sporting News, headed up the PARADE Magazine High School All American teams, covered FCS college football for HERO Sports … and five Daytona 500s. Follow BMac on Twitter @BrianMacWriter. 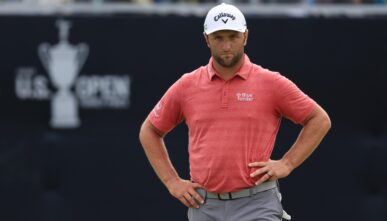 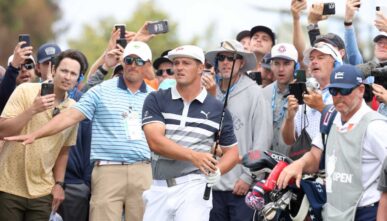 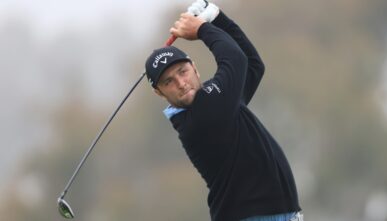