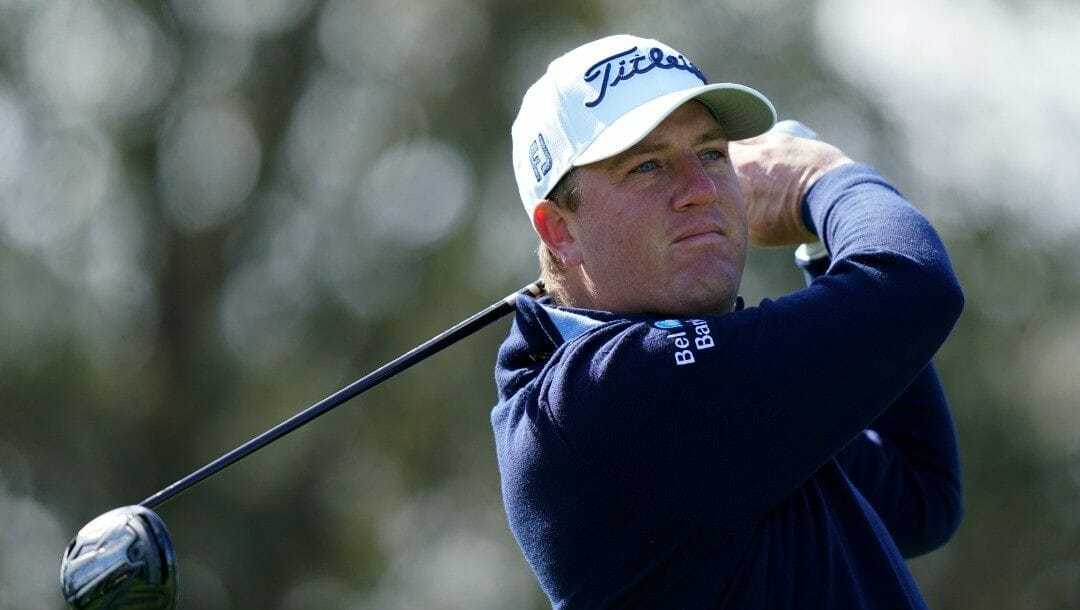 We are one week away from the PGA Championship and a strong field will head to the AT&T Byron Nelson at TPC Craig Ranch in preparation for the season’s second Major Championship at Southern Hills.

This has all the makings for a great few weeks of golf betting.

Scottie Scheffler, who has the best golf odds to win at +1000, Justin Thomas, Dustin Johnson, and Xander Schauffele headline an event that will have seven of the world’s top 15 players teeing it up.

Zoysia fairways accompany bentgrass greens on a golf course that projects to yield more than its fair share of birdies. This par-72 tips out at 7,468 yards and the 2021 event was the first time TPC Craig Ranch hosted a PGA Tour event.

K.H. Lee won that tournament at a robust 25-under-par which saw his final round 65 clear him by three strokes over Sam Burns. Twenty-five players finished the week at 15-under or better, so we should expect nothing but the same this time around.

Even though it is a small sample size of course history, approach play from 125-150 and 175-200 yards was what separated those who finished in the top 20 last year from the rest of the pack. You will also want to target those who are in form with par-5 scoring, as all four on this course will be reachable in two.

A darling during the West Coast swing which saw him capture his first title at Pebble Beach along with a second and a fourth-place finish, Hoge has come back to earth a bit over the past few months.

While his pricing has dropped significantly, his Off-The-Tee and Approach play has stayed consistent with the numbers that helped him secure those high finishes. What has let him down lately has been his chipping and putting, but at a course like this I expect him to hit tons of greens in regulation (ninth in the field) so he shouldn’t have to scramble too often.

Aaron Wise has been quietly playing some very consistent golf over the past few months, gaining strokes Off-The-Tee in his past seven events and on Approach in four of his last five. This has translated into two top-20 finishes and one top 10 (last time out at the Mexico Open).

Wise ranks fourth in this field in Tee-to-Green over the past 50 rounds, so play his top-10 prop at +400 with confidence.

When you filter rounds played on “Easy” courses with easy to hit fairways, Alex Noren leads this field in Strokes-Gained Total. He also ranks third in the field in putting over the past 100 rounds, so if he can continue his hot iron play (average of 2.9 strokes gained per round over the last five and 1.0 over the past 10), he will have many good looks for birdie that he can knock down.

A seven-time winner on the European Tour, Noren is still in search of his first PGA Tour victory since becoming a full-time player in the U.S. five years ago. I will back both that outright number at 66/1 as well as his top-5 prop at 11/1.

While it may be true that some of the game’s elite will view this event as more of a tune-up for next week, no one wants to head to a major championship off a missed cut.

Often the recipient of the “he doesn’t care” crowd, Dustin Johnson has been rounding into form over the past month. Many will look at his MC last time out at the RBC Heritage and pass on him, but 22/1 is great value on Johnson, who has his driver (.8 strokes gained per round over the last 10 rounds) and irons (1.4 gained over the last 5) working for him of late.

It is always going to come down to the putter with him, so it is nice to see that he has had some big spike weeks lately, and he does his best putting on courses that rank out as easy to score on.