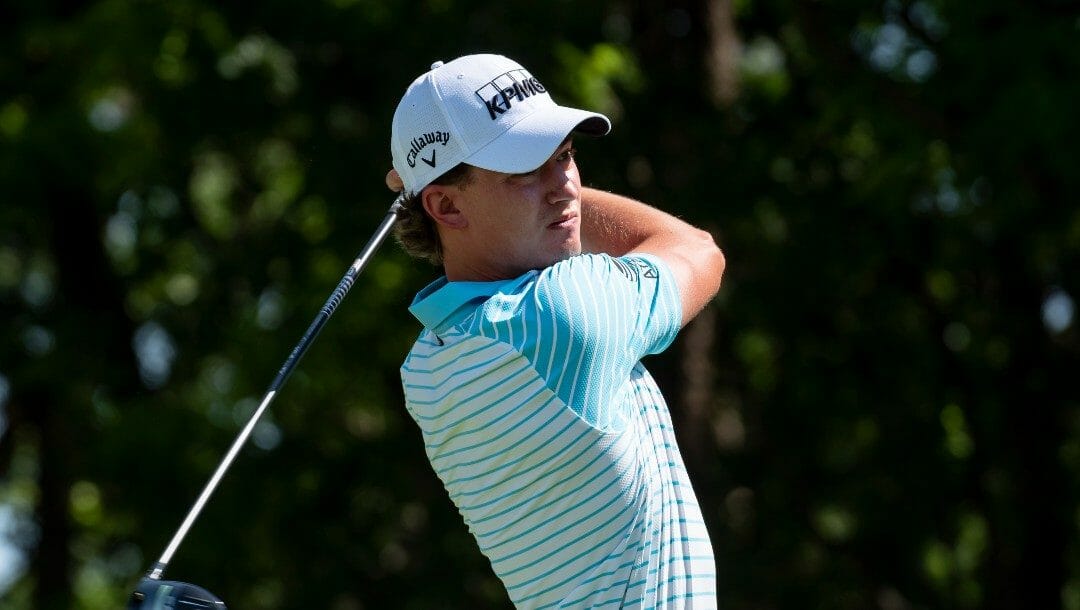 Following a great week of golf betting at the PGA Championship, the PGA Tour heads back to Texas for the Charles Schwab Challenge.

There are a number of top players in the field, including Justin Thomas, who won the PGA Championship. He currently has the best golf odds at +1100.

This 7,209-yard par-70 will host a stellar field this week as Thomas, Scottie Scheffler, Jordan Spieth, and Collin Morikawa are just a few of the game’s elite that will tee it up on this Perry Maxwell design, hoping to take what they learned from his course at Southern Hills last week and apply it here where pars will be great scores yet again throughout the four rounds.

Fast, bentgrass greens await those that can navigate their tee and approach shots through this tight layout that will undergo a renovation following this tournament.

Last year, Jason Kokrak was able to hold off Spieth for his second of three wins on Tour. Kokrak lapped the field in Proximity Gained from over 200 yards, as he lacked in all the other approach buckets. A red-hot putter propelled him to the title, but as we know, predicting who will gain strokes with putting on a week-to-week basis is a fool’s errand, so I will focus on medium to long approach play and accuracy off the tee when filling out my betting card this week.

My first few plays will be banking on the recent form with top-10 props for Kurt Kitayama (+1100) and Lucas Hebert (+900). Kitayama finished second in Mexico followed by T-15 at the Wells Fargo, and he ranks sixth in proximity from 175-200 yards and seventh from 200+ yards in this field over the past 24 rounds.

The books still haven’t caught up to his recent form so take advantage of the juicy top-10 price on him this week.

I will also back Hebert for the top 10. Hebert played some superb weekend golf at the PGA Championship, largely in part to his putter which gained nearly nine strokes over the four rounds. Performances like that are difficult to replicate on the greens but given the fact we are working with the same course architect and similar greens, that prop bet is worth a small play for me.

After garnering lots of betting interest earlier this year, Maverick McNealy has cooled off and we find him here at +1100 for a top 5 and 66/1 to win outright. McNealy’s irons are normally his calling card, but the last two times out he has lost strokes to the field on approach.

The good news is he has still been making cuts (14 in a row), and he has a T-32 and T-20 in his only starts at this event. If we can get a slight correction on the iron play, he should be able to put himself in contention once again in search of his first PGA Tour victory.

Speaking of those still vying for their first PGA TOUR win, Tommy Fleetwood could add his name to the list of golfers who finally get that monkey off their back in the 2021-22 season.

Fleetwood dazzled over the weekend at the PGA Championship with his short game en route to a T-5 finish and should be able to parlay that momentum (along with three other top 20 finishes in his last five events) into a successful tournament this week. Closing the deal and winning the tournament is always a question mark with Fleetwood, so play a small amount on his top-5 prop (+750) in addition to the outright bet (+4000) should those late tournament blunders arise again.

Tied for the lowest round of the day @PGAChampionship pic.twitter.com/tfJYG5kJvn

Sungjae Im had to withdraw from last week’s PGA Championship due to a positive COVID test, and this was disappointing to me at the time as he was someone I had pegged for success at Southern Hills.

The good news of that WD is that his odds for this week have ballooned north of where they should be (33/1), and we get to back him at a course that comps out quite nicely. Im is gaining 1.1 strokes per round on Approach over his last 20 rounds and has particularly excelled in the buckets that translate to success at the Charles Schwab. He also ranks fourth in this field in Off-The-Tee and fifth Around-The-Green over the past 50 rounds.