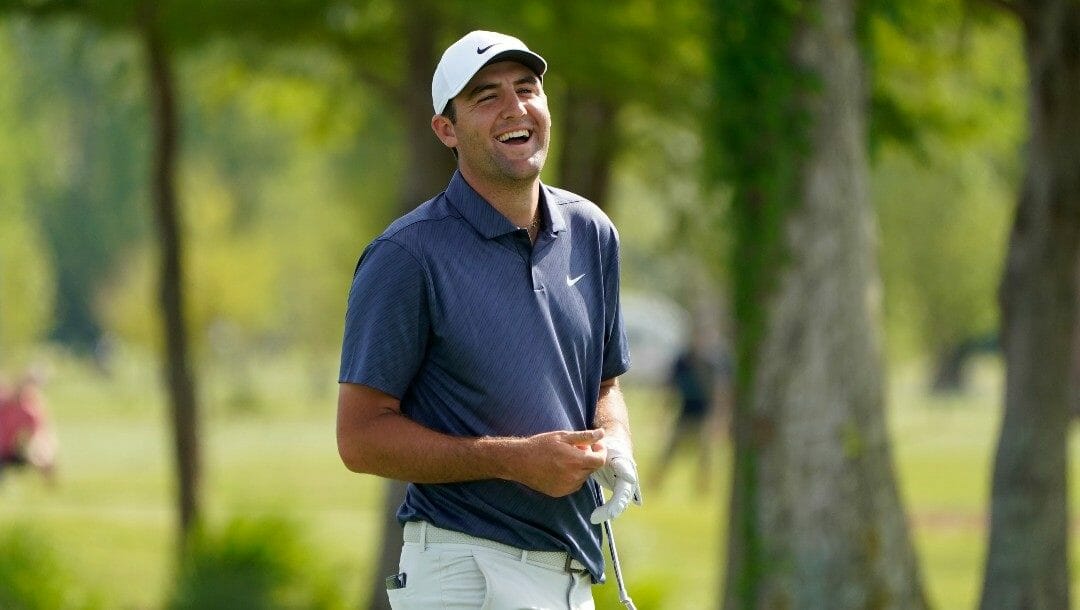 The playoff season for the 2021-2022 PGA Tour season is here as we kick it off with the FedEx St. Jude Championship from TPC Southwind in Memphis. This will be a great week of golf betting.

This traditional WGC stop on the schedule each season has now replaced the Northern Trust as the first round of the FedEx Cup playoffs, so be sure to keep that in mind when researching course history vs. tournament history.

The field size this week is 121 of the 125 playoff-eligible pros. Tommy Fleetwood, Daniel Berger, Hideki Matsuyama and Lanto Griffin will not play this week.

This Ron Pritchard-designed course will play as a par 70, tipping out at 7,243 yards, but it plays much longer. Water hazards are everywhere on this course, and it is a true ball striker’s contest.

Justin Thomas and Brooks Koepka went 1-2 here in 2018, and both lost strokes to the field putting. Expect the winning score here to range from 8-under to 12-under (depending on weather), so bogey avoidance will be a key stat for me when filling out a betting card here. I want guys who keep the ball in play off the tee and dial it up with their mid and long irons.

All smiles @TPCSouthwind 😁#FedExCup No. 1 Scottie Scheffler teeing it up in the pro-am. pic.twitter.com/aAUE1MJZw1

If gaining strokes off the tee and avoiding water hazards are the recipe for success at TPC Southwind, I will back Keith Mitchell at +800 for a top 10 bet and 80/1 for first-round leader.

Mitchell ranks fourth in this field in Strokes Gained: Off-the-Tee and has picked up an astounding 2.6 strokes per round over his last 20 competitive rounds. Mitchell has followed up a pair of top 10s in June at the RBC Canadian and Travelers with a mixed bag of results at his last three (T-36, MC, T-54), but this has been due to a cold streak with his putter.

He should benefit from a change back to Bermuda greens, and he also does his best work on difficult courses (.57 strokes gained per round on such courses).

Billy Horschel is a great target this week for a top-10 bet (+333) and an outright win (+4000). The 2022 Memorial winner has a knack for showing up in non-major big events, so this should suit him quite nicely. Hesits comfortably at 18th in the FedEx Cup standings and should be a lock to make it to East Lake, but a good performance this week would guarantee the 2014 FedEx Cup Champion’s place in the final 30.

Horschel has gained with his driver and putter in six of his last seven starts, and he ranks 16th in the field in Bogey Avoidance. He also has great course history at TPC Southwind when the event was run as a WGC (17th, 25th, 9th, 51st, 4th).

After a tough stretch in the middle part of his season, Viktor Hovland bounced back and found himself in the final group on Sunday in the Open Championship last month.

Unfortunately for the 24-year-old Norwegian, he caught tough breaks off the tee in that round and couldn’t get much going, eventually finishing in a tie for fourth place. His sharp play from Tee-to-Green that week was all I needed to see to back him at 33/1 here on a course that suits his game perfectly.

Over the last 100 rounds, Hovland ranks sixth in the field Off-the-Tee, fifth in Approach, and third in total Ball Striking. Hovland is still searching for his first victory on U.S. soil, and I wouldn’t be surprised if this is where we see it happen.

I have not been a part of the successful backing of any of Scottie Scheffler’s four wins this season, but even at 14/1, I cannot pass on the chance to be there for the fifth. The T-14th and T-15th finisher in the last two tournaments hosted at TPC Southwind, I am banking on him taking a step forward at a track tailor-made for his strengths as he has done so at so many other stops this season.

I don’t expect Scheffler to rest on his laurels after banking the $4 million bonus for leading the FedEx Cup during the regular season. A solid result here should guarantee him to start the Tour Championship in first place at 10-under-par. Scheffler’s putter has been very quiet of late (lost strokes in four of his last five events), so a near-month break from competitive play should help free him up on the greens and have him in the mix Sunday afternoon.