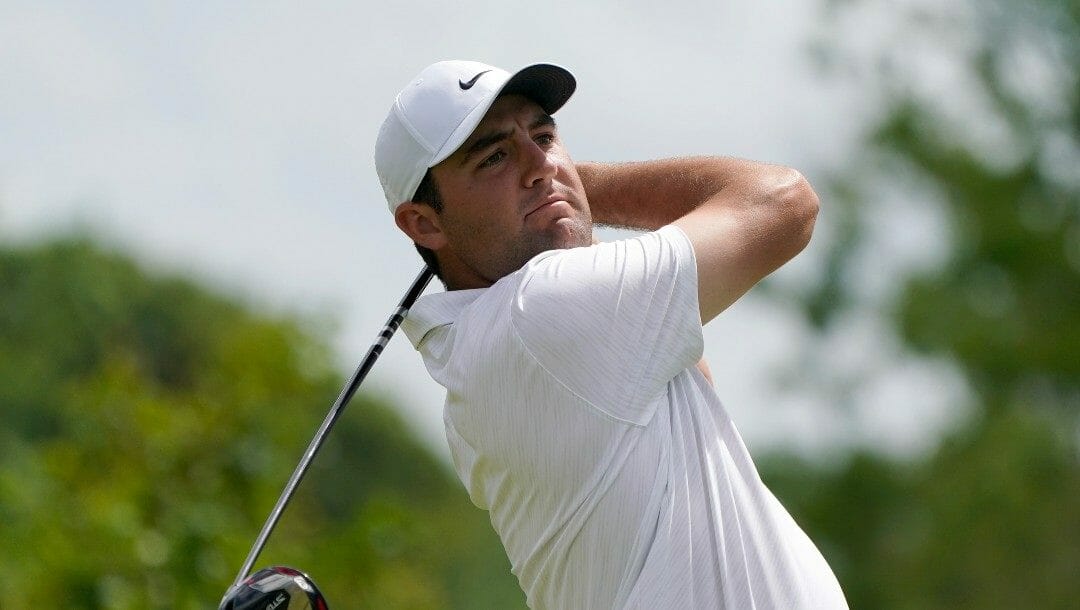 The PGA Championship, golf’s second major of the year, is right around the corner.

Unlike a normal PGA Tour event, where really anyone teeing it up has a chance to win, winners of majors more often than not come from a pool of the best players in the world.

With that in mind, here’s a list of players with the 20 shortest odds and five who are worth taking a good look at.

Given how Scheffler is playing of late, how can he not be considered?

The world’s No. 1 player has won four of the last six individual tournaments he’s played in, including the Masters. No player is as hot as Scheffler.

The 25-year-old recently played Southern Hills, and according to assistant pro Cameron Chhim, Scheffler shot a 6-under 64.

How is Scottie Scheffler feeling heading into the PGA Championship at a course where he has history? He broke it down with the Paulson's on #InsideTheRopes!#ScottieScheffler | @PGAChampionship | @CarlPaulsonGolf | @dennispaulson62 | @ITRradio pic.twitter.com/nSCcs48VyP

It’s hard to believe the No. 8-ranked player in the world has only one major win, the 2017 PGA Championship. He also hasn’t won a PGA Tour event since the 2021 Players Championship, which was more than a full calendar year ago.

Despite the winless streak, Thomas has played some good golf, especially of late. He has four top-8 finishes in his last eight starts, including a T-8 at the Masters. Thomas missed the cut at last year’s PGA Championship, so there may be some extra motivation going into the week.

Hovland is a terrific talent but doesn’t quite have the all-around game yet to make him a factor in every major.

The 24-year-old struggles around the greens, which isn’t ideal for majors contested on some of the hardest courses. With that being said, the PGA Championship might give him the best chance to win right now of any major as the course setups typically aren’t as difficult as the other three.

Hovland is fourth in birdie average (4.92) this year on the PGA Tour, which should come in handy at a course like Southern Hills.

Cantlay may be the best player in the world who has yet to win a major. However, he’s won some big events, including the 2021 FedEx Cup.

The 30-year-old has made the cut in all five of his PGA Championship appearances, with his best finish being a T-3 back in 2019. He also enters the week playing some great golf.

He’s coming off a win with Xander Schauffele in the team event at the Zurich Classic, and he lost in a playoff to Jordan Spieth the week before at the RBC Heritage.

Cantlay eventually will get over the hump and win a major. Until he does, he needs to be considered every time he tees it up.

Schauffele, too, is in a bit of a slump, but he always seems to put himself in contention at majors.

In four straight years, the 28-year-old has recorded two top-10 finishes in majors. After missing the cut at the Masters, recent history would indicate he’ll have a solid week at the PGA Championship.

Schauffele won the gold medal at the 2021 Olympics, but he hasn’t won a PGA Tour event since the 2020 Sentry Tournament of Champions.